RallyX on Ice: Game, set and match for Eriksson in Norway 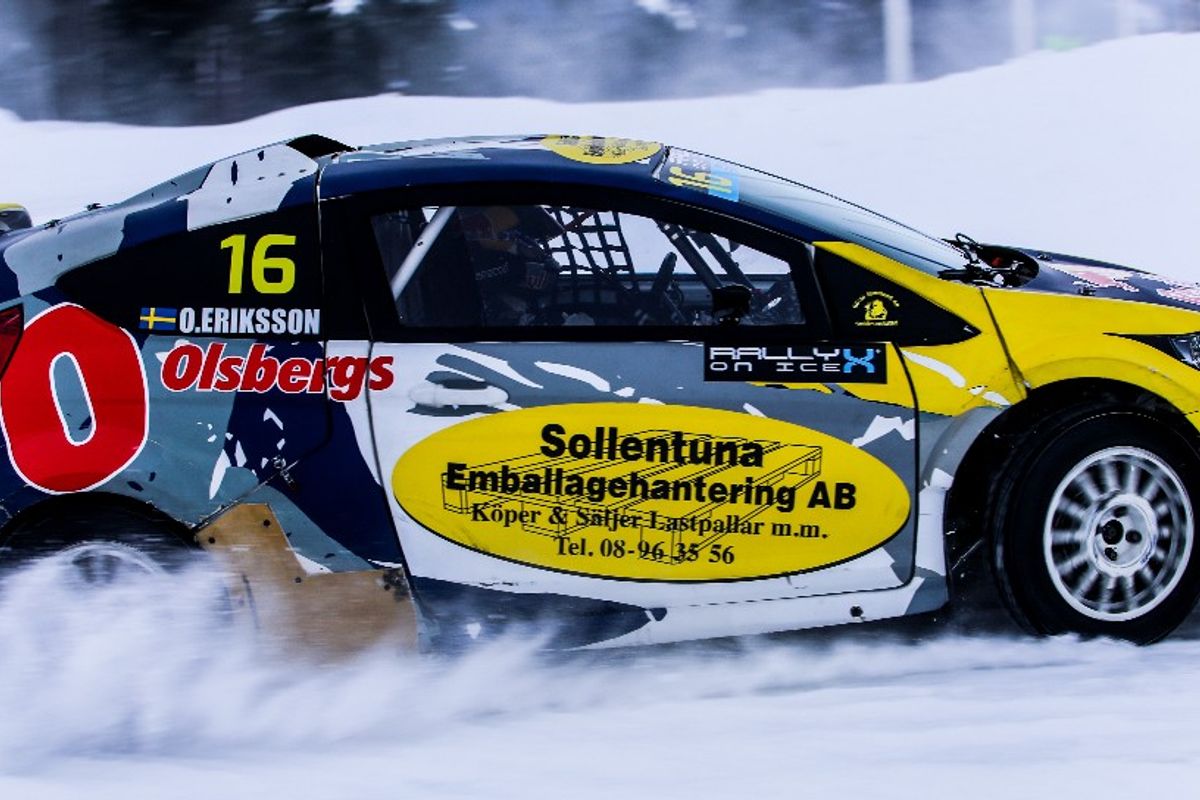 Oliver Eriksson won the battle and with it the war in the 2018 RallyX on Ice season finale at Gol in Norway today (3 March), as a series of pulsating races brought down the curtain on the Scandinavian winter spectacular.

There looked to be little to choose between the younger of the two Erikssons and Evjen during the qualifying stages, with both counting a brace of victories and a runner-up finish to their credit. Whilst the Swede controlled his semi-final to perfection, however, a poor start for the Norwegian cost him a place in the all-important final – and with it all hope of lifting the laurels.

Eriksson subsequently soaked up sustained pressure from countryman Alexander Westlund to celebrate his title success in fine style, with American Conner Martell and Sweden’s Jimmie Walfridsson benefitting from a late error by Westlund to round out the rostrum – a maiden appearance for both. Kevin Eriksson took the chequered flag fourth, with Cole Keatts an impressive fifth.

“It’s been a good day,” reflected Oliver Eriksson. “I was nervous going into it – there were three of us in contention for the title, and since the last round at Ål, I’ve been going over every possible scenario in my mind of how the day might unfold – but as soon as we got the first heat out of the way, I relaxed a little more. I had some really enjoyable fights and came close to scoring maximum points, so I’m very happy.”