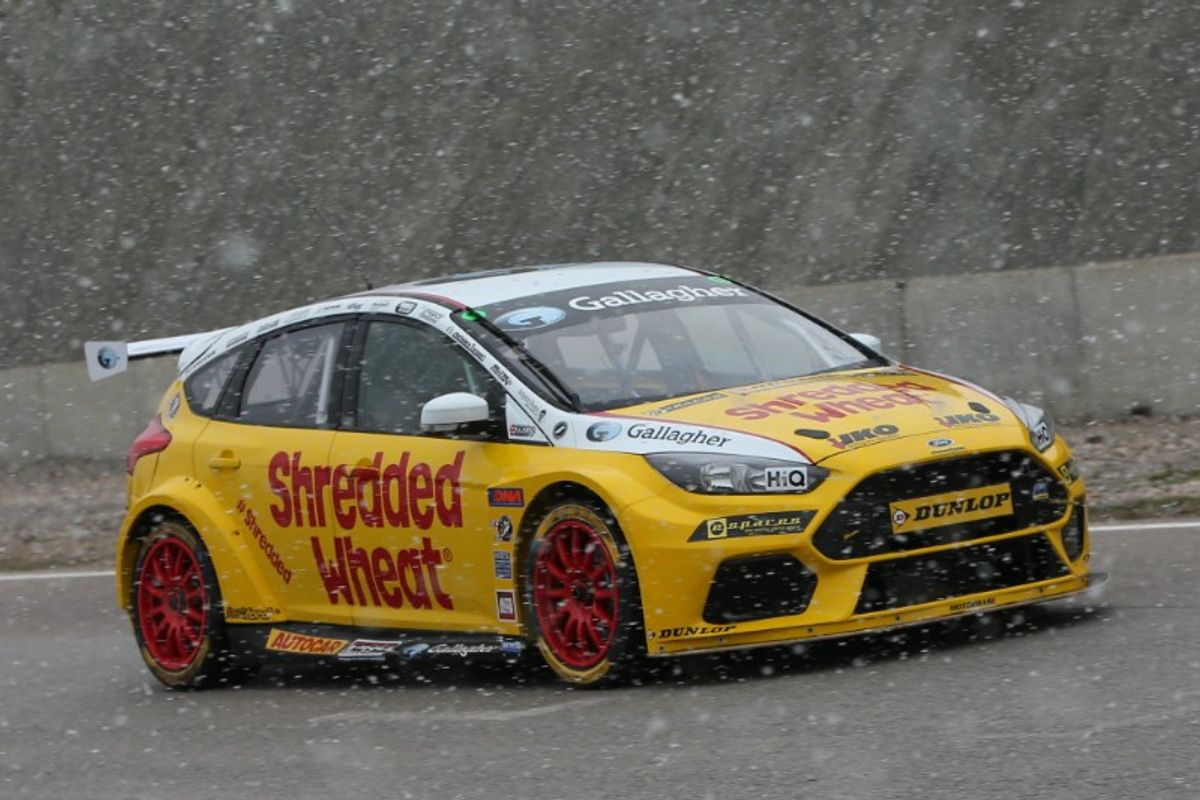 The Liverpudlian returns to the Motorbase fold after last racing with the Kent-based outfit during its part-season campaign in 2015. Cole has spent the last two seasons as part of the Subaru-manufacturer squad where he took his maiden BTCC pole position and race win at Rockingham last season.

“It’s great to welcome James back into the team;” said Team Principal David Bartrum. “James was with us in 2015 for half a season, he came in during a very difficult year for us as we only got to run half a season so he has unfinished business with Motorbase.

“James has done a very good job in the Subaru in the time he’s been away. He’s been on pole and won a race and has clearly raised his game and coming back to FWD may well suit him;” added the Team Boss.

“He has a big task coming into the team late but we’ve got an excellent infrastructure around him and he has a very strong team-mate in Tom Chilton so I know he’ll be able to equip himself well and get up to speed quickly. I’m looking forward to seeing what he can do in the car this year.”

“It’s fantastic to be back as part of the Motorbase line-up this year;” said Cole. "I’ve never felt happier and more excited going into a new BTCC season. Thanks to David Bartrum for having the faith to welcome me back.”

“I’m coming back into the team as a race winner now, and I have another two years’ of BTCC experience under my belt which should put me in good stead to have a proper crack this year. It’s also great to be back working with James Mundy, my engineer from Formula Ford, it’s been 10 years since we last worked together so it feels like a homecoming!”

Having recently secured the remaining Team Shredded Wheat Racing with Gallagher seat alongside new signing Tom Chilton, Cole joined the Motorbase-run outfit for the final day of pre-season testing at Parcmotor Casterlloli circuit in Spain last week, where the 29-year-old got his first chance to sample the squad’s new challenger for the 2018 season, the Ford Focus RS.

“It was like putting back on an old pair of gloves at the test last week;” Cole added. “I thought it might take a while to get to grips with FWD again but I managed to get up to speed very quickly. The new RS gives me a lot more confidence to push early on and considering I haven’t been in FWD for a couple of years, I managed to get on the pace within a day which shows how much the car has moved on from the old ST.”