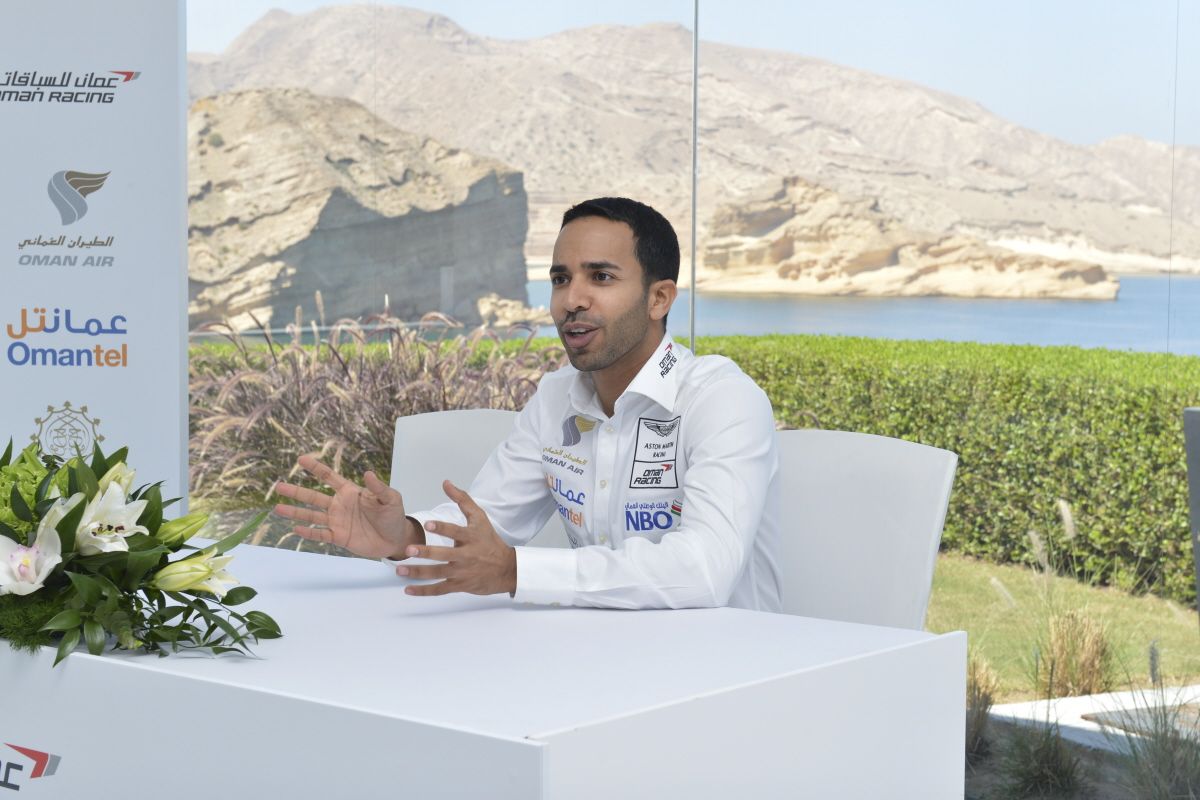 Returning to the world’s biggest GT endurance racing championship for a sixth season, the Muscat sportsman will compete in the new Silver Cup class – his driver grading having been changed from Bronze to Silver following last year’s title win – with his trusty Aston Martin V12 Vantage GT3 car.

Oman Racing’s entry will once again be engineered and prepared by British squad TF Sport, with a three driver line-up confirmed for the new campaign. Joining Al Harthy will be Euan McKay, who contested one event with Oman Racing last year, and team newcomer Charlie Eastwood.

Officially confirming his 2018 plans in front of gathered dignitaries earlier today in the Sultanate’s capital, Al Harthy said: “We come into 2018 off the back of an absolutely incredible season last year for Oman Racing. To win the Pro-Am championship in Blancpain was a dream come true, especially in the 10th anniversary year of Oman Racing. It was the culmination of so much hard work.

“Now we have an exciting new challenge awaiting us this year and it’s one we’re all very much looking forward to. As ever, the level of competition is going to be extremely high and the Silver Cup will be a very closely contested championship. It’s important for me to continue to progress, so racing in the Silver Cup is another step-up made possible by my incredible partners.”

“Euan obviously raced with the team in the Gulf 12 Hours last year and he did a fantastic job on our way to a podium finish, so it’s wonderful he is with us for the full season in Blancpain”, added Al Harthy, “Charlie more than proved his talent in Porsche Carrera Cup GB, so I’m really looking forward to racing with him. I think we have a very strong, competitive and exciting driver line-up.”

Also remaining a key part of Al Harthy’s motorsport programme will be the National Bank of Oman, Omantel, Barr Al Jissah and Amouage, all confirmation of the tremendous commercial value which supporting the Sultanate’s number one racing driver brings.

Commenting on Oman Ministry of Sports Affairs’ continued partnership with Al Harthy, Fahad Al Raisi, Director General of Sports Development at the Ministry, said: “Once more we are very proud to offer key support to Ahmad and Oman Racing, especially after such an amazing season last year. Our long-standing partnership has been very beneficial for all involved and we’re extremely happy to extend our support as Ahmad again flies the flag for Oman.”

On behalf of Oman Air, Usama Karim Al Haremi, Head of Corporate Communications and Media, commented: “We are proud to say 2018 marks the 10th year Oman Air has been an integral part of Ahmad’s motorsport programme. He is an incredible ambassador for our brand and winning the Pro-Am title last year was a fantastic achievement. Once again we will work together to promote Oman as a key destination for tourists and business travellers from all over our network, while also working closely to invest in the future of Oman.”

National Bank of Oman’s John Chang, General Manager and Chief Retail Officer, said: “We are proud to be extending our partnership with Ahmad for another year and continuing to build on our nine-year long relationship. Ahmad has played an instrumental role in championing the aspirations of youth and, together, we hope to inspire generations to follow their dreams and lead with values of integrity, passion, discipline, perseverance, responsibility and corporate citizenship. We had a successful 2017 and cannot wait for the new season to begin.”

Speaking on behalf of Omantel, Said Salim Al Shanfari, General Manager Marketing Communications and Performance, said: “We are pleased to renew our partnership with the national racing champion Ahmad Al Harthy. Omantel has always been in support of Omani talents and we take great pride to see him shining in this kind of championship.”

Firas Matraji, CEO from Barr Al Jissah, added: “Once again we are extremely proud to be the host venue for the official launch of Ahmad’s racing programme for the coming season, it’s incredibly exciting to continue our partnership after such a successful year last year with the championship victory. We both share a very strong desire to promote all Oman has to offer, for business and tourism.”

Luxury niche fragrance house Amouage remains a key sponsor for a second season. David Crickmore, CEO, commented: “What a year 2017 was, our first as an official partner of Ahmad Al Harthy and Oman Racing. Our sponsorship of Ahmad enables us to provide our major clients the exclusive opportunity of experiencing the buzz and adrenaline rush of international motor racing at first hand. We’re delighted to continue our support of Ahmad into 2018 and we wish him and Oman Racing every success – we hope he returns home again as the champion of the series.”

Oman Racing will travel to Paul Ricard in France next week for the official pre-season Blancpain Endurance Cup test days on Tuesday, 13th March, and Wednesday, 14th March. Round one of the new season will then follow over the weekend 21st/22nd April at Monza in Italy.