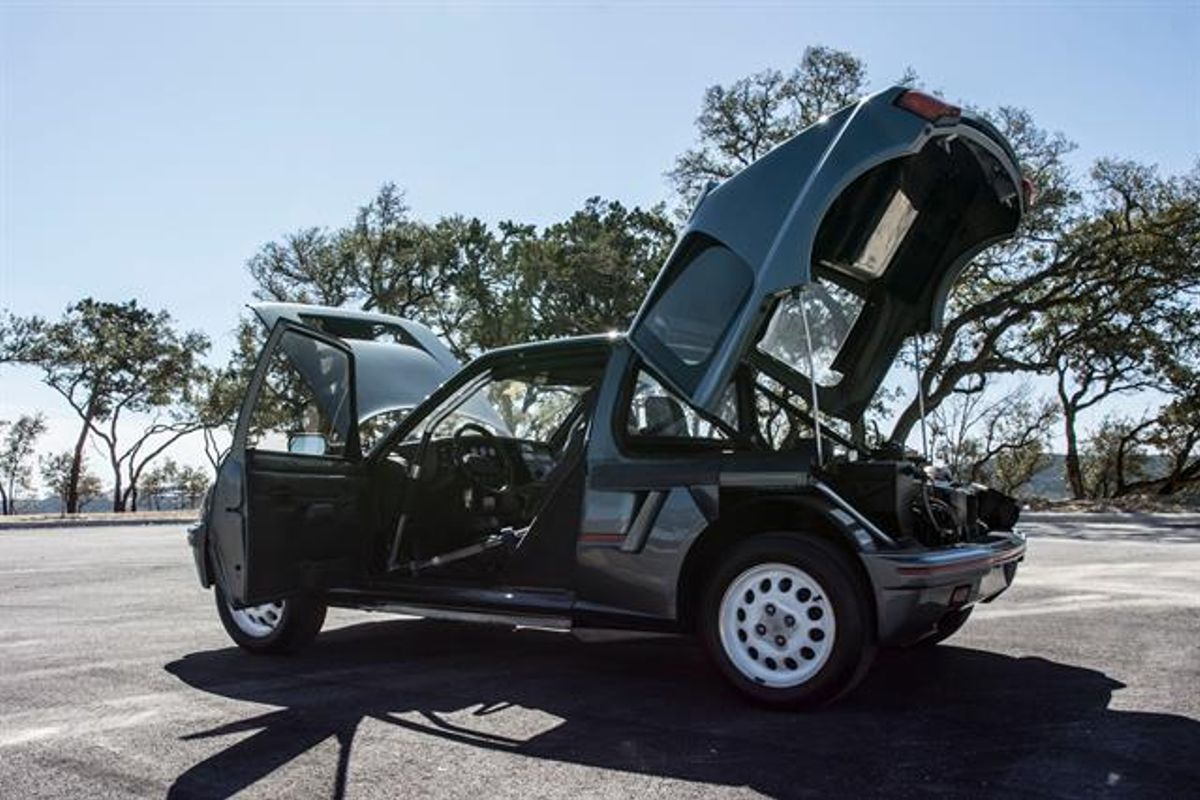 The Model: “The cat is out of the bag” This mid-engined, four-wheel-drive turbocharged beast which its race version sibling dominated the Group B rallying through the mid-1980s with two world championships was used as the canvas for a secret developmental mule acquired by General Motors via Lotus for engineering research and to develop a groundbreaking active suspension special project. Out of the highly desirable limited 200 production - 1984 Peugeot 205 Turbo 16 Group B cars is believed that only around 30 got upgraded by Peugeot Talbot Sport (PTS) with performance upgrade “Club” Clubman Package which boosted performance to 300hp among other chassis improvements and other competition upgrades prepared the vehicle for club competition comparable to its World Rally Champion sibling the Evolution 1 and 2 edition. Only two of the road version 205’s were acquired by GM fitted with PTS “Club” for competition research and only one of the two was used as a developmental mule for the “Active Suspension Special Project” which is chassis #0091 as it is offered here. Lotus develop and fitted this car with a fully integrated system that included active suspension, four wheel drive “tank drive” control and complemented by rear steering. Active suspension engineered by Lotus for its Formula One development and GM wanting to apply the ground breaking technology in road Corvette models.

The Car: The 1 of 1 developmental mule Turbo 16 being offered here is arguable the finest example of this iconing and already rare Group B Peugeot. Acquired by GM from new where it has been hidden from the outside world for now 34 years and now out of the GM heritage collection it has a mere 15,920 miles since new. Fitted with and aluminum roll bar and competition seats this beast will likely drop jaws at the local cars and coffee and will be very much admired and respected in any historic competition or world event. An opportunity that is very unlikely to be repeated this exemplary rally heritage unicorn with americana competition research history will likely be unattainable for another 34 years.