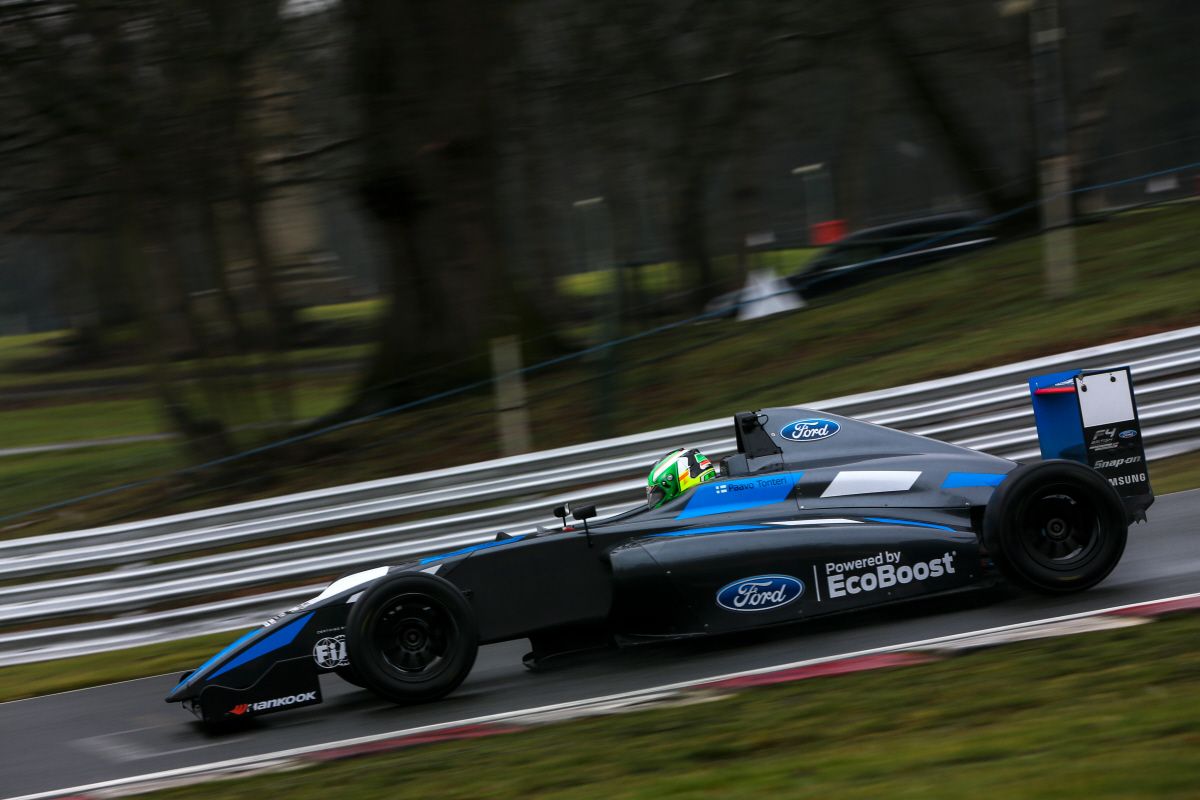 The 15-year-old, who resides in Texas in the USA, is the first confirmed driver for Woking-based Double R’s capacity three car entry for the 2018 season and arrives in British F4 with a strong karting background in America, Mexico and on the world stage.

Winning the 2011 Super Karts Cadet Cup in Mexico, Alvarez progressed through Cadet Karting and Mini Max in the USA over the next few years, taking his second title in 2015 in the Florida Winter Tour Rotax Mini Max Championship.

Part of the Infinity Sports Management stable, Alvarez is relishing his first season in cars and looking forward to working with Double R Racing and competing on UK race tracks for the first time in the high-profile British F4 category.

“British F4 is the logical first step for any driver coming out of karting and I’m sure Sebastian is going to make very strong progress throughout the season. We’re delighted to announce him as our first British F4 driver this year and looking forward to a competitive season together.”

Tonteri, from Finland, will make his car racing debut with Woking’s Double R this year off the back of a very strong karting career which has delivered several championship titles and a brace of top four finishes in the CIK-FIA World Karting Championship.

The 18-year-old, who like new Double R team-mate Sebastian Alvarez is represented by Infinity Sports Management, won his first title in the Finnish Cup in 2012 before claiming the North European KF3 Karting Championship in 2013.

“I’m really happy to join Double R as they are certainly one of the best teams in the UK”, said the Finnish youngster, “Racing with Double R will take me further as a driver and hopefully I can take them further as a team as well. Double R has a great philosophy of racing, and with great people around me I’m very excited for the new season.”

Double R Racing is one of the stand-out teams in national single-seater racing in the UK as a multiple race-winning entrant in British F4 and a two-time championship winner in British Formula 3, as well as the 2006 winners of the globally renowned Macau Formula 3 Grand Prix.

Anthony ‘Boyo’ Hieatt, Double R Racing team principal, said: “Paavo really is a great young talent, his record from karting speaks for itself and we’re confident he’s going to adapt to British Formula 4 very quickly and be a competitive driver.

“It’s a tough championship for any youngster, especially in their first season, but from what we’ve seen so far Paavo looks set for a strong year. With Paavo joining Sebastian [Alvarez] we’ve already got a great young line-up with one driver still to confirm!”