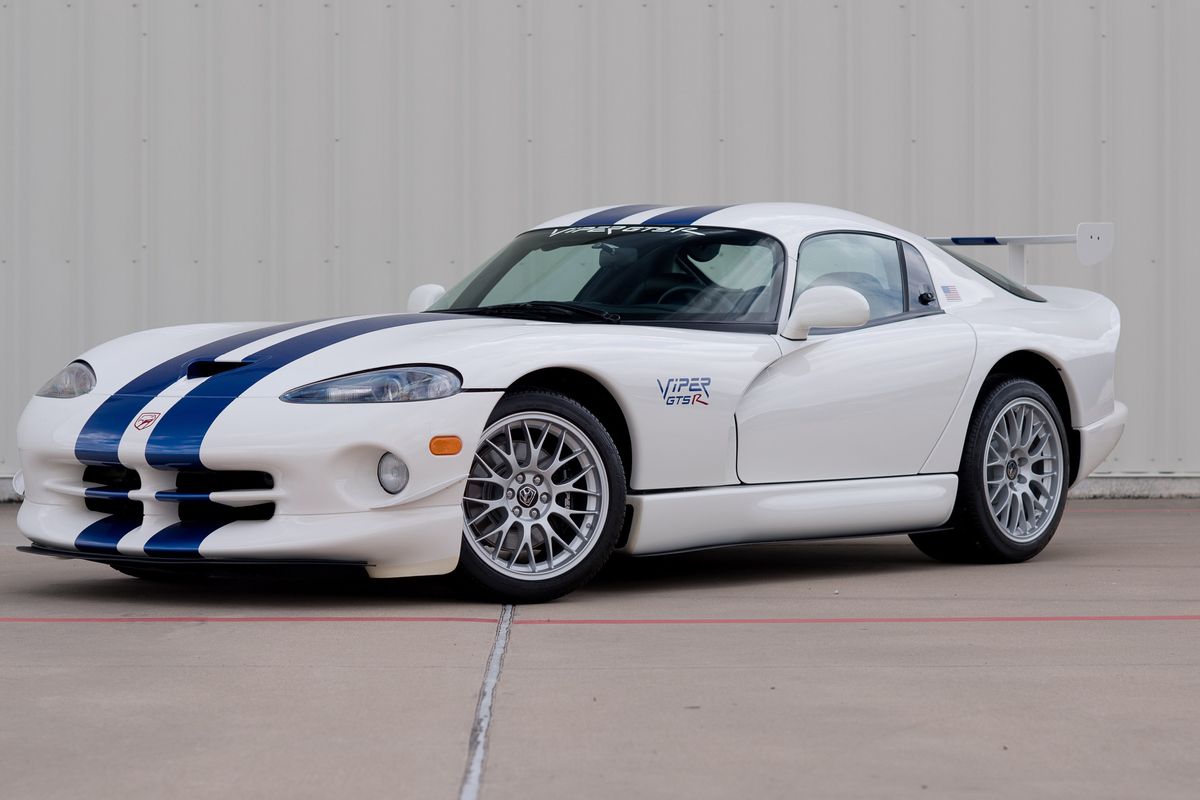 The Dodge Viper built a quarter-century legacy as one of the rawest, wildest rides ever conceived for the street. The Vipers’ burly V-10 engines saw their power ratings rise from 400 HP at the model’s introduction to 645 HP by the close of the model’s production in 2017, always keeping the car at the forefront of the high-performance crowd. Debuting as a concept at the 1989 North American International Auto Show in Detroit, the Viper stunned onlookers and quickly developed some hardcore fans with its racy exterior proportions that looked like nothing less than a modern-day successor to the legendary Shelby Cobra. Two pre-production prototypes were pressed into service for a running debut to pace the 1991 Indianapolis 500, with Carroll Shelby himself at the wheel, before the original RT/10 Roadster went on sale in January 1992.