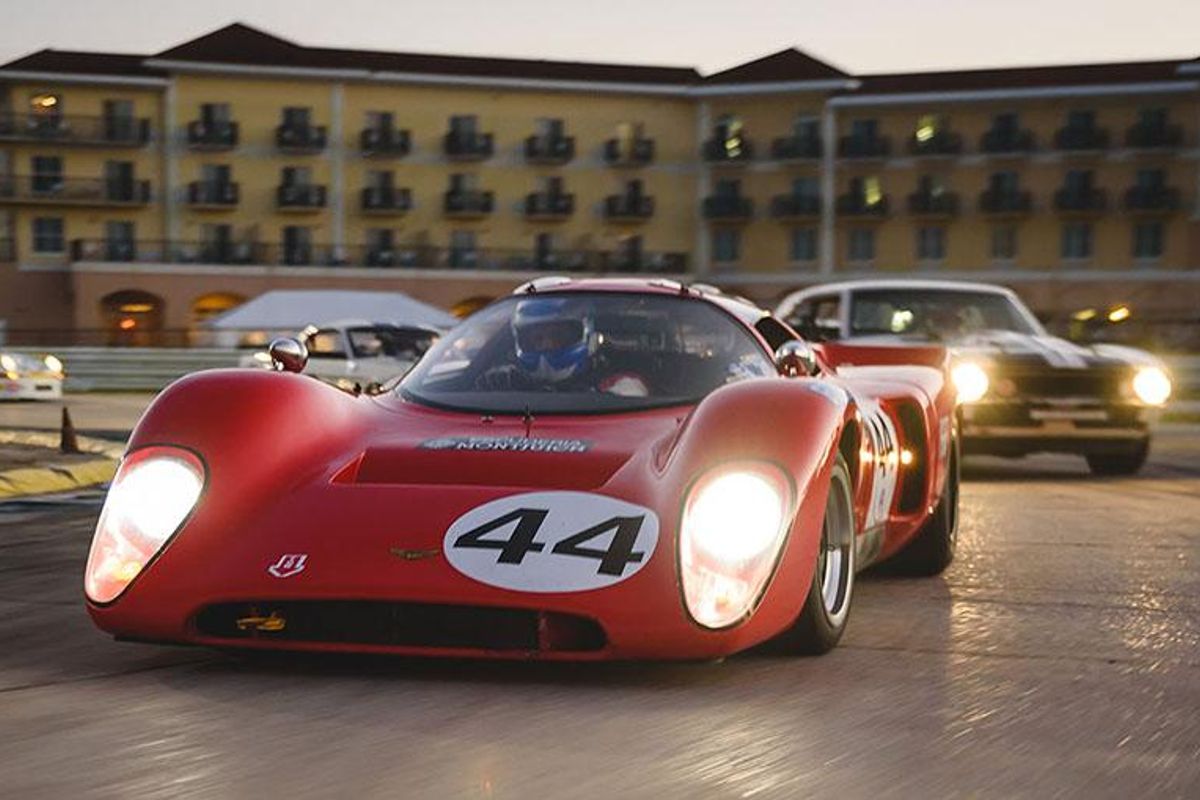 The 2018 Historic Sportscar Racing (HSR) season gets underway on the hallowed ground of Sebring International Raceway next week with a pair of HSR WeatherTech Sprint races in support of the 66th running of the Mobil 1 Twelve Hours of Sebring IMSA WeatherTech SportsCar Championship race weekend, March 14 - 17.

A solid entry of vintage and historic sports cars spanning more than the last 50 years is headed to Sebring for the opener where back-to-back sprints will be held on Wednesday, March 14 (4:30 p.m.) and at night on Thursday, March 15 (7 p.m.).

Two legendary HSR racing machines Sebring fans should keep an eye out for are the 1963 No. 52 Jaguar E Type of Russell Gee and the 1970 No. 67 Porsche 911 RSR of Danny Stewart that is a tribute car to the late Dave White.

Usually one of the oldest race cars competing on any HSR weekend, Gee's Heritage Motorsports-prepared Jaguar looks as good as it sounds. A built-for-racing "lightweight" original, the silver Jaguar also has more than enough speed to mix it up with machines as much as 40 years newer than this fast cat on the Sebring track.

Stewart's Porsche pays tribute to White, a good friend to many Porsche owners in Tampa who also ran and was the lead instructor at the Akin-White Racing School in the 1980s. He was a top IMSA Camel GT driver in the 1970s and won the 1978 IMSA GTU Championship in a car almost identical to the one Stewart will co-drive with Scott Tyler at the Sebring opener.

Followers of classic Prototype sports cars will be happy to see the 2-liter No. 44 1970 Chevron B16 of Bill Mazzoni in action at Sebring during the HSR WeatherTech sprints.

Some recently retired race cars that raced at Sebring in their prime should be well familiar with current IMSA fans. One such example is the big-bore 2010 No. 88 Camaro GT.R that the all-Canadian team of Henri Sicotte and GT Racing will bring back to Sebring. A winning entry in the old GRAND-AM Rolex SportsCar Series, the Camaro still sports the same livery as when it was driven to victories in its prime by drivers such as reigning IMSA WeatherTech Prototype Champion Jordan Taylor.

Another entry of note that should ring a bell for Sebring race fans is the 2004 No. 86 Panoz GTS-P of Don Ondrejcak. The reigning HSR Global GT Champion, Ondrejcak usually races an ex-TRG Porsche 997 GT3 Cup car but he is bringing the Panoz out for a Sebring cameo while his Porsche is in the final stages of a pre-season rebuild.

The HSR presence at Sebring next week doesn't stop when Thursday's checkered flag waves. The HSR cadre will participate in a can't-be-missed Downtown Square Parade on Friday, March 16, that will travel from the Sebring circuit at 10:00 a.m. The HSR race cars will be on display at the Square through that day's lunch hours before the procession heads back to the track at 2 p.m.

Saturday features HSR race cars in parade lap sessions beginning at 8:45 a.m., always a favorite part of the typically impressive pre-race ceremonies for the actual Mobil 1 Twelve Hours of Sebring race, which is scheduled to go green at 10:40 a.m.