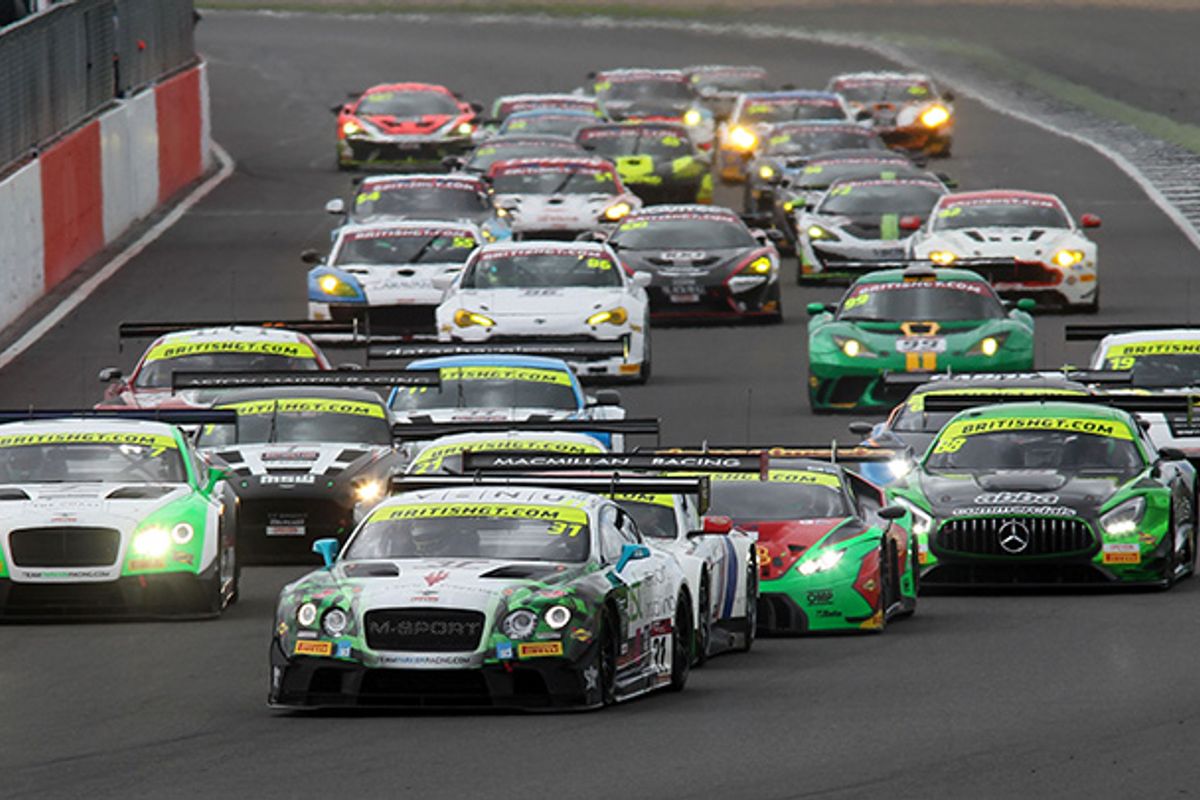 A capacity full-season entry of 36 supercars will contest this year’s British GT Championship, which officially launched its 26th season during the series’ annual Media Day at Donington Park this morning.

The regular entry, which has been capped at 36 cars due to pitlane restrictions, comprises 13 GT3s, 23 GT4s and a total of 10 manufacturers. It represents British GT’s largest full-season entry since 2014, while further cars are expected at Silverstone and Spa-Francorchamps’ Formula 1 venues, both of which enjoy greater capacity.

Elsewhere, Barwell Motorsport has entered three Lamborghini Huracans as part of its GT3 Teams’ title defence, although only its top two finishing cars will score points towards that particular championship.

With reigning Drivers’ champions Will Tregurtha and Stuart Middleton moving to the GT4 European Series this year, the path has been left clear for new challengers to emerge. HHC Motorsport, who claimed both the Teams’ and Drivers’ crowns in 2017, have increased their Ginetta contingent by one in an effort to fend off renewed and fresh threats from an incredibly competitive class that features at least eight Silver Cup and 11 Pro/Am crews.

Teams that remained unannounced before the full-season list was issued include Stellar Performance and its two Toyota GT86s, as well as Richardson Racing, which has entered a Mercedes-AMG GT4. Elsewhere, Nick Jones and Scott Malvern will announce their Team Parker Racing-run car before the opening round, while the driver line-up for Century Motorsport’s second BMW M4 GT4 also remains TBC for now.

Aside from the entry list, McLaren and British GT also used today’s Media Day to announce an extension to their official Safety Car partnership. The deal, now in its third season, will see a variety of McLaren Sports Series models – including the 540C Coupe, 570S Coupe, 570GT and recently-launched 570S Spider – taking charge of all nine races throughout 2018.

Championship Manager Benjamin Franassovici: “2018’s British GT Championship entry list features all the ingredients necessary to serve up a classic season, and in terms of quality – drivers, teams and manufacturers – it could well turn out to be the best in our history. Both classes look exceptional, with GT3’s Pro driver roster understandably grabbing most of the early headlines. But it’s also great to see new teams and Am drivers joining the class, while we’re delighted to welcome back full-season Nissan and McLaren entries. An influx of new cars has also helped GT4 take another step forward; it’s incredible to have 23 full-season entries represented by eight manufacturers this year, and more to come on a race-by-race basis at our larger venues as 2018 progresses. There’s also plenty of talent lurking amongst the GT4 grid that wouldn’t look out of place in GT3 – hopefully many of those drivers will take the opportunity to progress with us over the coming seasons.”