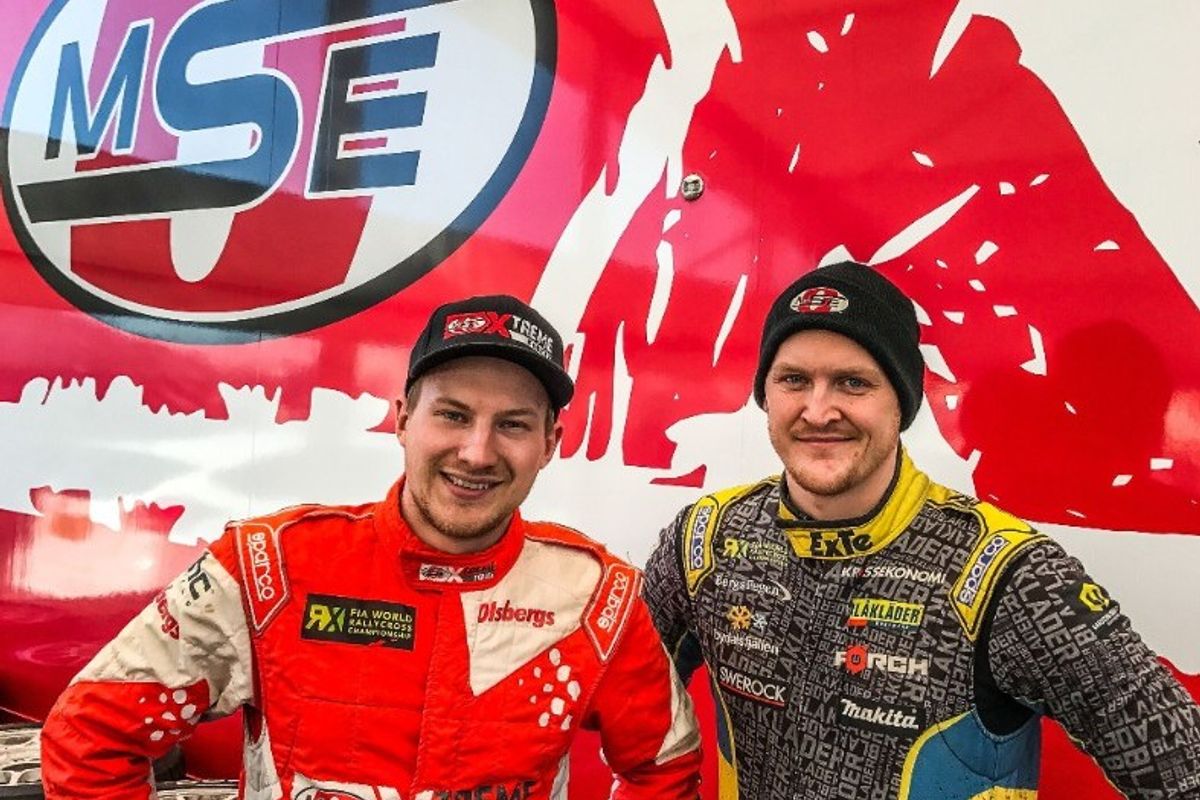 OMSE clinched the Teams’ title during the inaugural World Championship in 2014. Although the Andreas Eriksson-helmed outfit took a sabbatical from World RX in 2017 to focus on other racing commitments – making only selected appearances – it will forge a full-time return to the international stage this season armed with a pair of new Ford Fiesta Supercars in an all-Swedish bid.

World RX Managing Director for IMG, Paul Bellamy, commented: “Andreas Eriksson and Olsbergs MSE have been integral to the growth and success of rallycross over recent years so it is a pleasure to see the team back in full force for the 2018 World RX season.

“With two of Sweden’s most exciting drivers in Kevin Eriksson and Robin Larsson at the wheel, we’re sure to see some spectacular action in 2018, not least when they compete in front of the huge crowds we’re sure to see during the Swedish World RX event in Holjes.”

Founded in 2005 by former Swedish Rally Champion Andreas Eriksson, OMSE has enjoyed immense success around the world through numerous rallycross programmes, with several wins and titles to its name in World RX, European RX, RallyX on Ice, Global Rallycross and the X Games. Eriksson sees 2018 as a big opportunity for OMSE to continue its winning form.

“We are excited to see what our rapid new line-up of Kevin and Robin can achieve on the track. Both have ably demonstrated their potential on the World Championship stage, and both are more than capable of fighting for the top step of the podium this season.

“2018 is a big year for OMSE as we have developed an all-new car for the forthcoming campaign, fitted with our own latest-specification custom engine that has already proven itself as a winning powerplant."

A World RX race winner for OMSE in Germany in 2016 before notching up a trio of final appearances for MJP Racing Team Austria last season, 21-year-old Kevin Eriksson is excited to be returning to his father’s team for a shot at more podium-topping success.

“I’m thrilled to be heading into my third full season in World RX,” Eriksson commented. “There’s no question that this is the toughest rallycross series around, with high-profile manufacturer involvement and the best drivers in the discipline – but equally, I am confident we have the tools at our disposal to truly take the fight to them. Pre-season testing has been positive, and I can’t wait to get out there and chase some trophies!”

2014 European RX champion Larsson joins OMSE in returning to World RX this season as he looks to build on his career tally of five podiums, which includes a win in Argentina in 2015.

“Racing in World RX with OMSE is a tremendous opportunity for me,” he added. “I feel I’ve proved in the past that I’m quick enough to push for race wins in the series, and that’s precisely what I intend to do this year. I’m confident that Kevin and I can put Sweden and OMSE as a team firmly at the forefront of this sport.”

OMSE will first be seen in racing action at the World RX Championship season-opener in Barcelona on 14-15 April.