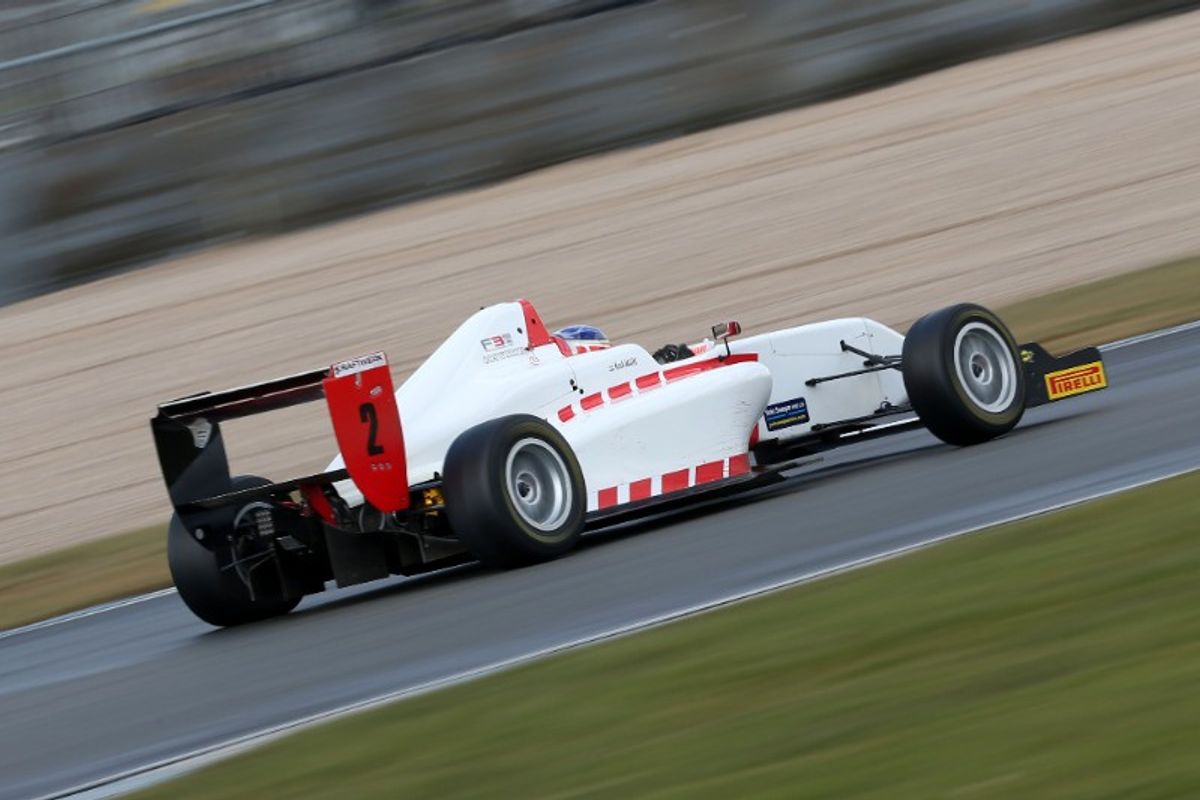 The Indian driver’s time, a 1m24.523s came in the final session of a day that saw challenging weather conditions at the start before the track dried in the afternoon, and was over half a second quicker than last year’s pole.

Clement Novalak, eyeing a Carlin deal for this season was fourth, just 0.018s behind Lundqvist with potential team mate Nicolai Kjaergaard fifth on a track he almost won at in 2017.

Billy Monger, competing in his first competitive single-seater session since suffering his F4 accident was an eye-catching sixth fastest and less than a second off the overall fastest time, and just 0.036s off Kjaergaard’s effort. Monger continues to test for the team at the wheel of a specially adapted Tatuus Cosworth car, as he bids to seal a drive in the series for this season.

A total of 16 cars took to the track during the day, which featured almost three hours of F3 running and also saw the public debut of Stratton Motorsport's F3 programme, who will join the championship this year.

Pace setter Kush Maini commented: “Six tenths clear is a comfortable margin and I think I did a few laps that were good enough for the fastest time. It’s a really positive way to start the year, we struggled a bit in the first two sessions, but we really showed what we could do in the dry conditions. I perhaps need to work in the rain, but it doesn’t mean I can’t pull off the same performance in the wet.

“I’m really confident, I think the team and car I have around me are good enough to win so it’s all down to me now. There are no excuses, this is it, Lanan is a great team and Graham [Johnson] and the guys are helping me a lot, and I can’t wait for Oulton Park.”

Tom Gamble said: “It was a mega day and I think we had just about every condition possible with it being wet in the morning, drying in the second session and finally dry in the last session. We were quick in the wet, struggled a bit in the middle session and then we managed to get it together in the last session, so overall it was a great day for us and very productive.

“It’s a massive jump from Ginetta Juniors, we’re 30 seconds a lap quicker in an F3 car, but the Fortec guys are really helping me improve. I’m hoping to confirm my place on the grid very soon, and hopefully we can be competing at the sharp end.”

Third quickest driver Linus Lundqvist added: “We were a bit of a distance away from Maini but looking at the other guys we were fairly competitive. It was tricky this morning in the rain but once it dried up we got a pretty good set-up and I know there’s a lot more time to come with a bit more fine tuning. But overall a good feeling and a pretty good starting point.”

Billy Monger said: “That wasn’t too bad, and great to find out where we are compared to everyone else. I’ve been able to compare to the other guys in the team during testing but it’s always good to figure out where the whole field is and overall I’m happy.

“I’m always aiming higher but sixth is a good position to finish the day and I know there’s more time in me to come. We’ve been through the data and I didn’t quite get it together on my best lap, but this is a really good way to end the day.”