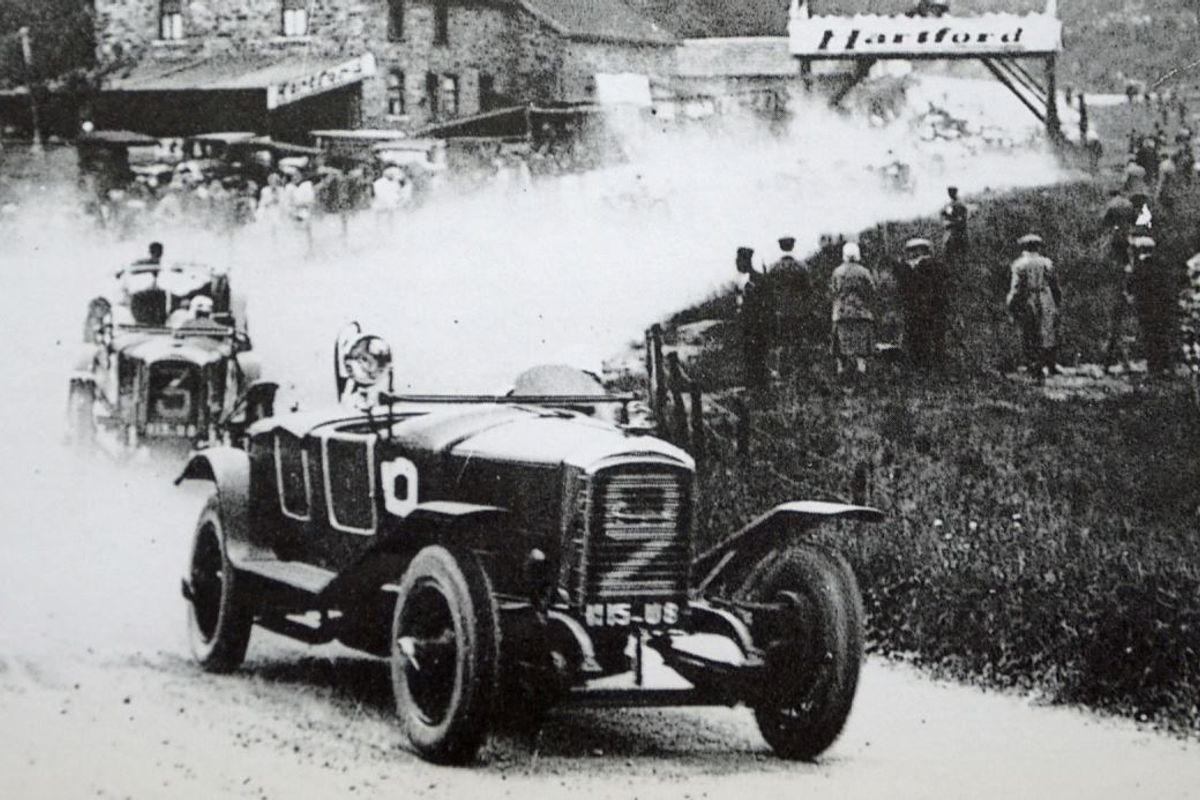 In 2018 the Total 24 Hours of Spa celebrates its 70th edition. Through the years, the endurance classic produced some of the highlights of international long-distance racing. In this three-part series, we take a closer look at the history of the event.

After World War I, people in Europe were eager to get their lives back on track. Organising important sporting events was one of the ways this was done.

In 1921 a new racing circuit was created in the Belgian Ardennes, around the small village of Francorchamps, near Spa. The legendary circuit of Spa-Francorchamps was born. A year later the Belgian car federation, the Royal Automobile Club of Belgium, organised a Grand Prix and after witnessing the success of the inaugural edition of the Le Mans 24 hours in 1923, the managers of the Belgian federation decided to create their own endurance event. The aim was to give the Belgian car manufacturers the opportunity to take on the foreign competition on home soil.

On July 19th-20th 1924 the ‘Grand Prix de Belgique’ was held, with 27 cars at the start. With the lighting systems on the cars being far from adequate to race in the dark, two hundred acetylene lamps were posted around the 15-kilometre track. There were even fireworks on Saturday evening! One of the more peculiar rules was that during the 24-hour race the same mechanic had to stay in the car, while two drivers took turns at the wheel. Although rain and fog marred the inaugural edition of the Spa 24 Hours, winners Henri Springuel and Maurice Becquet managed an average speed of 78 km/h at the wheel of their Bignan 2.0 l.

The enthusiasm created by that first edition led to a follow-up the next year, and even though the competition from the Le Mans 24 Hours was significant, the starting grid in Spa sported 48 cars. André Lagache and René Léonard and their 4-litre Chenard&Walker put their names on the Spa winners’ list, followed by a start-to-finish victory for the Peugeot 18 CV of André Boillot and Louis Rigal the year after.

In 1927, Excelsior became the only Belgian manufacturer to win the race. Few spectators witnessed the impressive 1-2, for the weather conditions were Spa at its worst: it rained for almost twenty hours. Those conditions stood in the way of a complete rostrum for the Belgians, as the third car swerved off the road at 4 a.m., demolishing fifty meters of fencing before hitting a tree. Fortunately, the robust chassis of the Excelsior ‘Albert I’ (named after the Belgian king) saved the driver’s life.

The next year no Belgian cars were at the start, and although there were seven American machines on the grid (five Chryslers, an Auburn and a Studebaker that lasted one lap), it was again the European manufactures that battled for the lead. Bugatti – in its first 24-hour race – defended the French colours, while Italy counted on the successful Alfa Romeo. The latter eventually won it, with Ivanowsky and Marinoni setting a new distance record of 2463 kilometres.

With several car manufacturers falling victim to the world recession, Minerva was the last Belgian brand to be a contender for the outright victory, in 1929. But that edition proved to be a disaster for the Belgians. One car went off the road, killing a marshal, and the only Minerva that managed to cross the finish line was disqualified for receiving outside help. The worst incident involved the nation’s most popular driver, Freddy Charlier. After a fifty-minute delay to repair his Bugatti Type 43, the Belgian took risks to make up for lost time. His car crashed at Masta, killing him instantly.

For the next few editions Alfa Romeo was the manufacturer to beat. Between 1929 and 1938 the 6C and 8C models took another five wins, with Attilio Marinoni claiming three consecutive victories. It would be 54 years before Hans Heyer would equal Marinoni’s record. In 1931 the Ferdinand Porsche-designed Mercedes SSK proved to be a serious challenger for the Italian armada. After electrical problems for the leading Alfa, the monstrous 7.1 l Mercedes of Geffredo Zehender and Russian Prince Dimitri Jorjadze managed to score the first win for the German brand.

During the second half of the thirties, the effects of the Wall Street crash were making their presence felt on the motoring world and in 1934, 1935 and 1937 the Spa 24 Hours were not organized. The 1936 and 1938 editions were won by Alfa Romeo, twice with Francesco Severi at the wheel. With dark clouds gathering over Europe during the summer of 1939, a car race was the last thing on anyone’s mind.

The passage of war left the Francorchamps circuit and facilities in a state of disrepair. The ‘Battle of the Bulge’ in the Ardennes, during the harsh winter of 1944/45, left its marks on the region, not in the least in the town of Stavelot, adjacent to the circuit. Hundreds of civilians died as the Germans sought to capture the town.

It would take nine years before the Spa 24 Hours was back on the international racing calendar, one year before the organizers of the Le Mans 24 Hours managed to do the same. Although half of the 41 cars on the 1948 Spa grid were pre-war cars, the Aston Martin factory team – since the previous year in the hands of industrialist David Brown - managed to enter a brand new DB1. St John Horsfall and Leslie Johnson took it to the top step of the podium, after a gruelling race in rain and fog.

The 1949 edition was drenched in sunshine however, and Luigi Chinetti became the first driver to win the Spa and Le Mans 24-hour races in the same year. He nearly lost a well-deserved win in Spa though, when spilt oil caused him to slide off the road with only 30 minutes to go. Miraculously Chinetti managed to bring his Ferrari 166 back to the pits, and after brief repairs he was able to limp home.

With a declining interest in 24-hour races, the Spa organizers decided to put a hold on their event and instead focused on two-hour production car races. The creation of the World Sports Car Championship in 1953 briefly revived the Spa 24 Hours, but a date clash with the sports car Lisbon Grand Prix meant the event did not gather the entry it hoped for. Nevertheless, Ferrari and Alfa Romeo sent some renowned factory drivers, namely Ascari, Villoresi and Fangio, while Belgian aces Gendebien, Frère and Swaters were at the start as well. Nino Farina and Mike Hawthorn scored another win for Ferrari, but Spa lost its world championship status soon after and the 24-hour race disappeared from the calendar. It would not be revived until 1964.