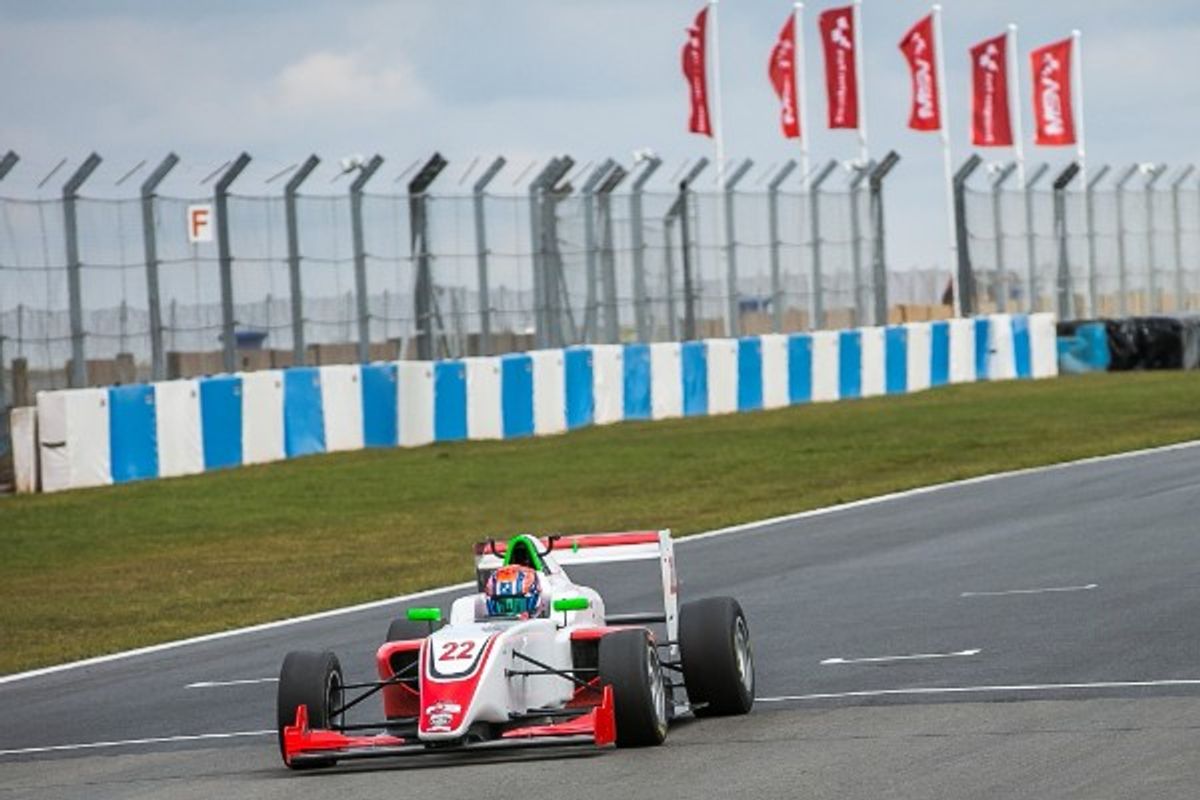 Reigning Ginetta Junior champion Tom Gamble will step up to the 2018 BRDC British Formula 3 Championship with Fortec Motorsports. He makes the move to single seaters after a dominant season in 2017, where he secured eight victories with 17 podiums on his way to winning the title.

The talented 16-year-old from Epperstone, Nottinghamshire, wasted no time showcasing his natural talent as he produced strong performances at Donington, Thruxton and Rockingham Speedway, stepping onto the podium in every race. A treble victory at Silverstone moved him closer to the title, before clinching the crown in the penultimate race on the Brands Hatch GP circuit.

Prior to his controlling 2017 season, Gamble had great success in karting, winning the Rotax Max Wintercup Junior category in 2015 and narrowly missed out on winning the Senior category the following year, finishing runner-up. The young Brit was also one of few to be crowned double Kartmasters Champion.

“I’m delighted to be graduating to BRDC British F3 after last year’s fantastic season and I’m hoping to repeat this success and win back to back British championships,” said Gamble.

“I’m excited to be joining Fortec Motorsport for the 2018 season after they secured third place in the Championship last year. I believe they’ll do a fantastic job and look forward to working together throughout the season.”

Having proved to be a step above the class of 2017, Gamble has his sights set firmly on the top step of the podium this year. It is an ambition shared by Fortec Motorsports Managing Director Jamie Dye.

“I am delighted to have young Tom join the Fortec family in the BRDC British F3 team,” he said.

“We have been close in recent years to working together and I’m happy to finally make it a reality. Tom has proved to be a great karter and has carried that forward becoming an exceptional driver. We look forward to a successful 2018 together.”