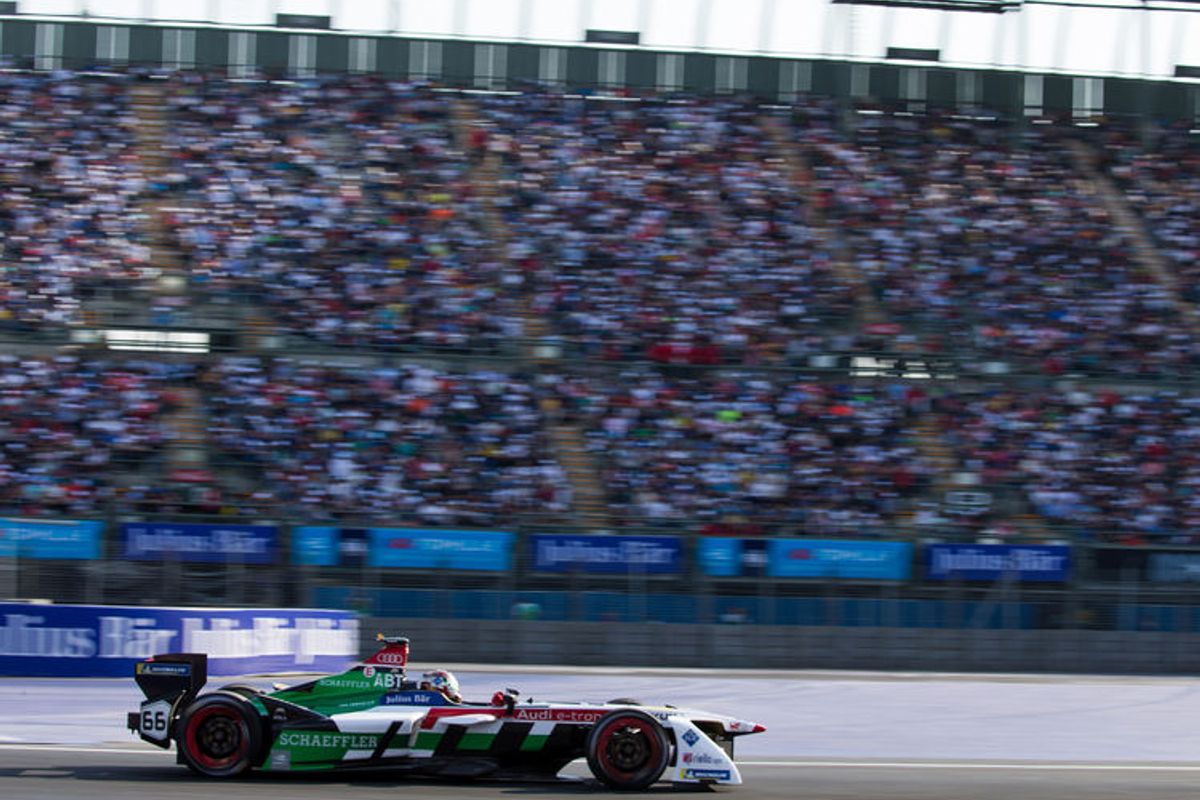 Round six of the electric racing series along the beach of Punta del Este
Team Audi Sport ABT Schaeffler determined to repeat success clinched in Mexico
Daniel Abt: “Victory whets appetite for more”

On triumphing in Mexico, Audi Sport ABT Schaeffler wrote a piece of Formula E history. Daniel Abt was the first German driver to have clinched a victory in this racing series. In the next round at Punta del Este (Uruguay) on Saturday, March 17, the team around Daniel Abt and reigning champion Lucas di Grassi is determined to repeat its success. The race will be the sixth of twelve this season.

Following a break last season, Formula E is returning to Uruguay this weekend. The circuit in Punta del Este is set directly along the beach promenade and exudes a special flair. Audi Sport ABT Schaeffler has fond memories of the South American place. On both previous Formula E visits, Lucas di Grassi celebrated a podium finish and his teammate, Daniel Abt, has scored points in Uruguay as well.

Following a few technical issues, Audi found its old strength again at the season’s midpoint. At the race in Mexico, Daniel Abt celebrated the first victory of a German in Formula E. After a strong race finishing in ninth position and fastest lap, Lucas di Grassi scored his first points. “After Santiago and Mexico I’m finally going to race without a grid penalty in Punta,” says the Brazilian. “For me, it’s a bit like a restart to the season. Now we as a team intend to win more races.”

Following his commanding victory, Daniel Abt’s appetite for more has been whetted as well: “Mexico and the days that followed were absolute highlights for me – a long party on Saturday night, hundreds of messages with congrats, huge media response and a tremendous reception at home.” The German’s victory in the heart of Mexico City also marks the team’s 25th podium finish in Formula E.

If Team Principal Allan McNish has his way, this number will rise quickly. “Daniel’s victory and Lucas’ strong fightback in Mexico showed what we’re capable of. A sweet reward for the hard work by the whole team, trackside and at home in Neuburg,” says the Scotsman. “This victory did all of us the power of good. However, in Punta everyone starts from zero again. So we’ll continue to concentrate on our job and stay focused to make sure our first success this season will be followed by more.”

Punta del Este is located about an hour and a half’s drive east of Montevideo directly on the coast of the South Atlantic. The popular tourist resort has some 10,000 inhabitants and is also dubbed “South American Monaco.” The 2.785-kilometer 19 corner race track is situated along the popular Playa Brava beach where the winner’s podium will be set up as well. The strong surf at the beach makes for a special atmosphere and changeable race conditions due to sand being blown onto the track from time to time.

Round six of the 2017/2018 Formula E season will be run over 37 laps, starting on Sunday at 4 PM local time (8 PM CET). In Germany, Eurosport will begin to air live coverage at 7.45 PM (CET). Internationally, some 70 channels cover the Formula E races. A full list is available on the internet at www.fiaformulae.com.