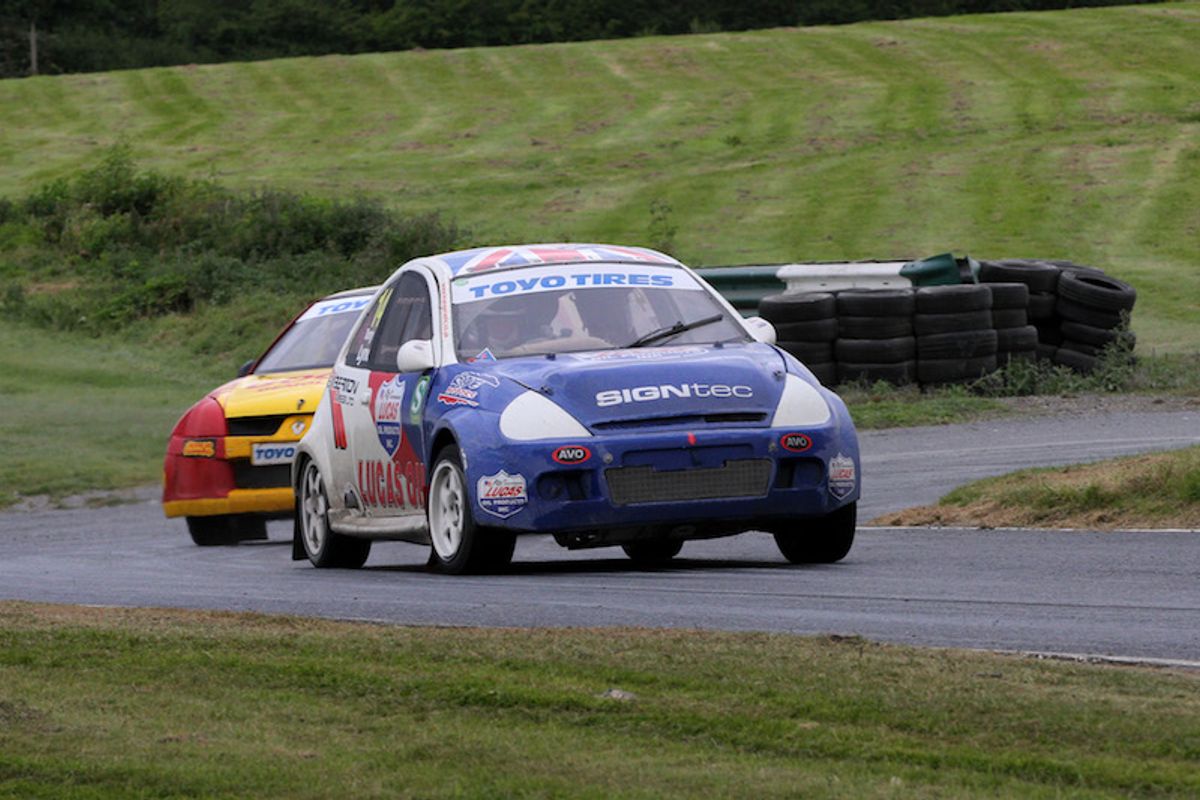 Tony Lynch has his sights firmly fixed on title glory this season after today confirming plans to compete in the BTRDA Clubmans Rallycross Championship.

Westhoughton-based Tony will return to the BTRDA series with his Lucas Oil Team Geriatric squad eager to repeat the kind of results that saw him win the Super Modified over 2101cc title back in 2014.

Since then, Tony has enjoyed further title success in the British Rallycross Championship’s Super National Class using the Ford KA he will be at the wheel of for his BTRDA return.

Over the course of the winter, the KA has undergone a complete rebuild as part of a planned upgrade programme, with a focus on providing Tony with a quick and reliable car with which to fight for the championship title.

In line with revised regulations for his class, work has also been undertaken to add additional weight to the KA to bring it up to the new minimum weight required.

“We’ve had a busy winter working on the car and are excited to confirm a return to the BTRDA series this season,” Tony said.

“As a team, the last three years in the Super National class of the British Championship have been very successful and hugely enjoyable, but we want to try and fight for an overall title and that is something we know we can do in the BTRDA Championship.

“Over the winter, there is a lot of work that has gone into the KA with the main aim being to improve reliability, which cost us the chance of taking a second successive title last year.

“Paul Waldron, who built the car originally, has helped with the rebuild in recent months and I think we go into the new season in a strong position. We’ll be up against some familiar faces over the course of the year but I feel confident about our chances, both in the Super Modified class and overall.”

Ahead of the BTRDA season opener at Blyton later this month, Tony will compete in the opening rounds of the British Championship this weekend at Silverstone to test the revised KA.

Further outings in the British Championship are likely to take place, with Tony and the team also evaluating the possibility of running in selected events in Ireland.

“An entry at Silverstone will give us the ideal chance to see test the car in a competitive environment before the serious work gets underway,” Tony added. “It’ll also be interesting to see what the new rallycross track that has been built at the circuit is like and the aim from the weekend is to learn as much as we can about the car with the changes we have made.

“Although the actual result isn’t important in terms of the season as a whole, it goes without saying that we’ll be pushing hard to fight at the front and challenge for the podium places.”