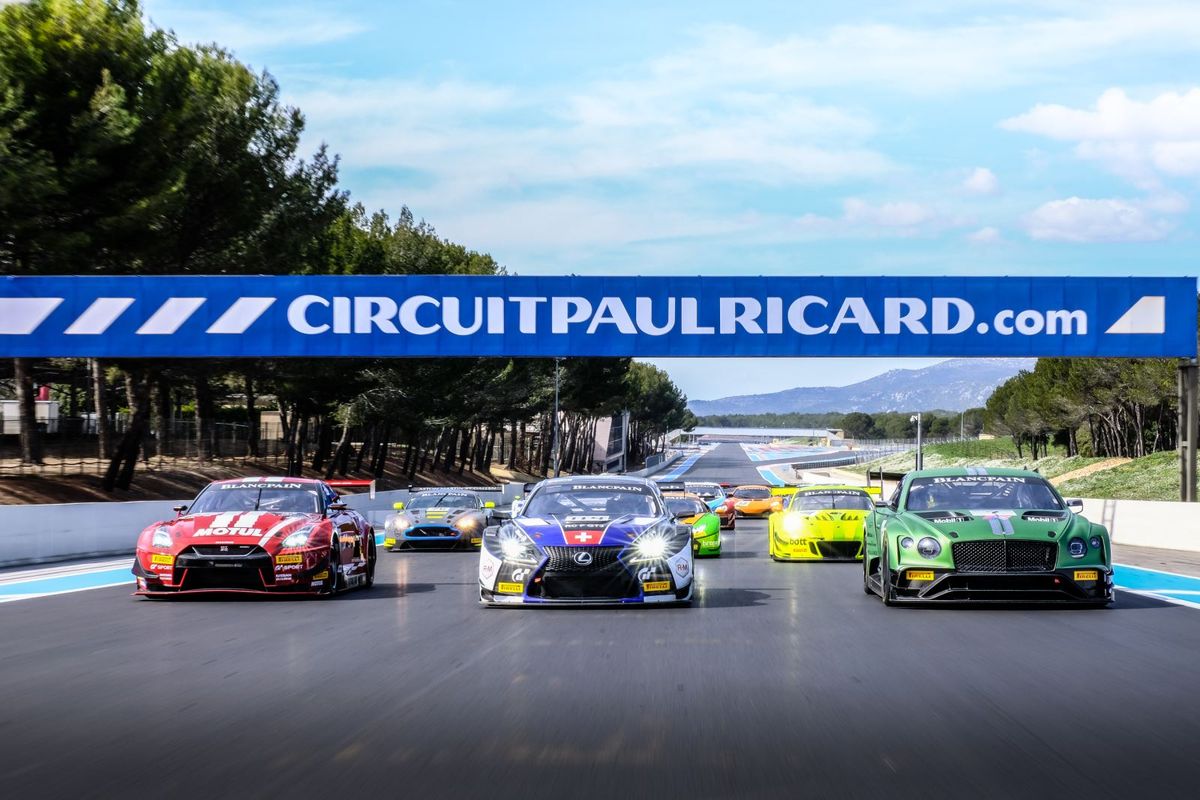 A total of 45 cars arrived at the French circuit for the group test, with each of the 11 manufacturers that will contest the 2018 season present.

This included the debut full-season entry from Lexus, which will be run by Swiss outfit Emil Frey Racing, as well as new cars for Nissan and Bentley.

All were rewarded with near-perfect conditions at the track, with clear skies and bright sunshine prevailing from Tuesday morning through to Wednesday afternoon.

This ensured that competitors could work through their test programmes without disruption. Teams, running in various configurations, adopted a variety of approaches across the two days, with some focussing on setup and others targeting lap times.

Tyres were a key area of focus throughout the pit lane, with teams and drivers investing significant time building their knowledge of the new-specification produced by series supplier Pirelli for the 2018 campaign.

The freshly resurfaced Paul Ricard track, which has also seen modifications to some corners, also gave teams plenty to think about, allowing them to carry out vital setup work ahead of the Blancpain GT Series Endurance Cup round at the French venue later in the season (1-2 June).

Added to the usual pre-season testing tasks and a number of teams getting to grips with new cars, this led to a busy schedule. Indeed, several entrants notched up well in excess of 200 laps over the two days.

The Tuesday session saw Team Parker Racing put their Bentley Continental GT3 on top with a reference lap of 1:52.454. British GT regular Callum Macleod was behind the wheel for the team, which will field a car in the full Blancpain GT Series this season.

The Bentley was followed by the #66 Attempto Racing entry, which will compete throughout 2018 with brothers Steijn and Pieter Schothorst at the wheel of an Audi R8 LMS. They were followed by the #4 Black Falcon Mercedes-AMG GT3 machine and the #27 Lamborghini Huracan of Team Lazarus.

Wednesday saw the Attempto outfit go one better by topping the times thanks to a lap of 1:53.103, with the German squad heading the #63 Grasser Racing Lamborghini Huracan. The top three for Wednesday was completed by the #54 Spirit of Race Ferrari 488 GT3.

With the official test days now complete, the waiting is very nearly over. The next stop will be Belgian circuit of Zolder, which hosts the opening Blancpain GT Series Sprint Cup round on 6-8 April.

Pieter Schothorst, #66 Attempto Racing Audi R8 LMS: “I’m happy with how things have gone during the test days. Wednesday was very productive, especially in the morning when we collected important data. We’ve just focussed on the new tyres, trying to get the right setup for qualifying and race trim. There’s still something to find in the car and we’re not yet as quick as we can be, but overall I’m very positive and I think we’ve got a great season ahead of us.”

Callum McLeod, #32 Team Parker Racing Bentley Continental GT3: “It was a very pleasant surprise to be fastest. We never expected it, but we’re in a really good place with our car. The Team Parker mechanics and engineers have done an amazing job over the winter and it’s working better than ever for us. Team Parker have a brilliant line-up for the Blancpain GT Series this year, both in Sprint and Endurance, and I’m hoping to compete in the Sprint Cup round at Brands Hatch.”

Lucas Ordonez, #23 GT Sport MOTUL Team RJN Nissan GT-R NISMO GT3: “The first time testing a new car is always a challenge for the team and the drivers. The NISMO guys in Japan have worked hard on development and improved a lot of things, so we needed mileage to make use of those improvements. The test days are crucial for this and now I can’t wait to race at Monza with our new car.”

Christian Klien, #114 Emil Frey Lexus Racing Lexus RCF GT3: “We have already done some test days prior to this and I have to say that our Lexus is a nice car. You get in and immediately feel comfortable, which is always a good sign. We’re happy with the progress during testing and the car is definitely reliable. We know we have a good product and Emil Frey Racing has put all the pieces together to be successful."