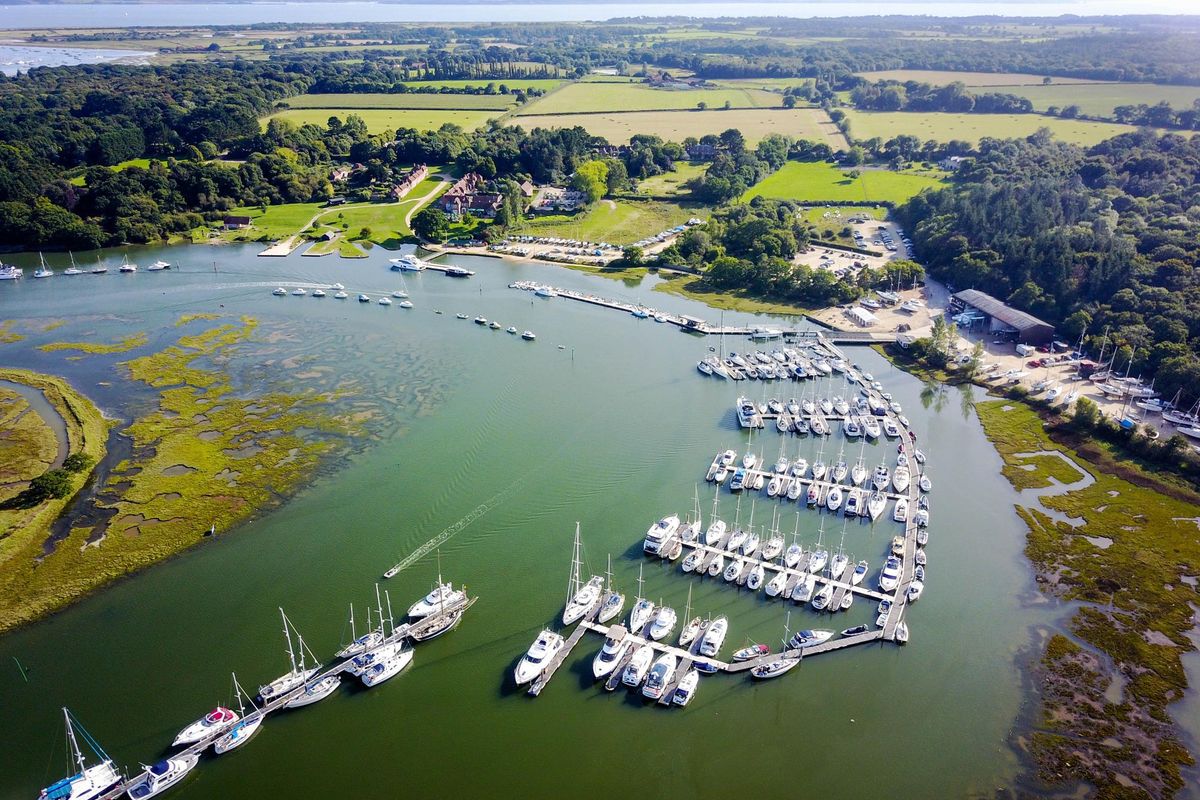 Round the World race winner Mike Golding OBE is to open new five-star facilities after a £.4m investment at the Beaulieu River Buckler’s Hard Yacht Harbour.

To welcome sailors for the start of the season, the upgraded showers and facilities building has been designed to offer mooring holders and visitors first-class services in keeping with the yacht harbour’s natural setting in the New Forest National Park.

The project has been overseen by Lord Montagu and his sister, the Hon Mrs Mary Montagu-Scott – who is High Sheriff of Hampshire and a keen sailor and interior designer. She has taken inspiration for the décor of the 11 large, luxury rooms from their New Forest surroundings.

Mary, who is also Commodore of the Beaulieu River Sailing Club, will join world champion and global record breaker Mike Golding for the opening on Saturday March 24th. Mooring holders have been invited to the launch and a raffle will be held in support of the Jubilee Sailing Trust.

Harbour Master Wendy Stowe said: “We have listened to what our customers want and provided new facilities with a unique and natural charm. The building offers five-star touches, a relaxing place to read the paper and sleek, modern services.”

The building includes a fully-equipped laundrette to refresh clothing and linen after days or weeks afloat, as well facilities for families and disabled visitors. It is the latest in a series of investments in the five Gold Anchors-winning Buckler’s Hard Yacht Harbour on the unspoilt Beaulieu River – which is one of the few privately owned estuaries in the world.

The Beaulieu River’s unique character and natural charm make it a popular boating destination considered to be one of the most picturesque locations on the south coast and close to the sailing centres of Cowes, Lymington and Hamble.

Free Wi-Fi, an on-site chandlery open seven days a week and cycle hire are available at Buckler’s Hard Yacht Harbour. A restaurant, bar and tea shop are on the doorstep at the 18th century shipbuilding village of Buckler’s Hard, with its Maritime Museum.