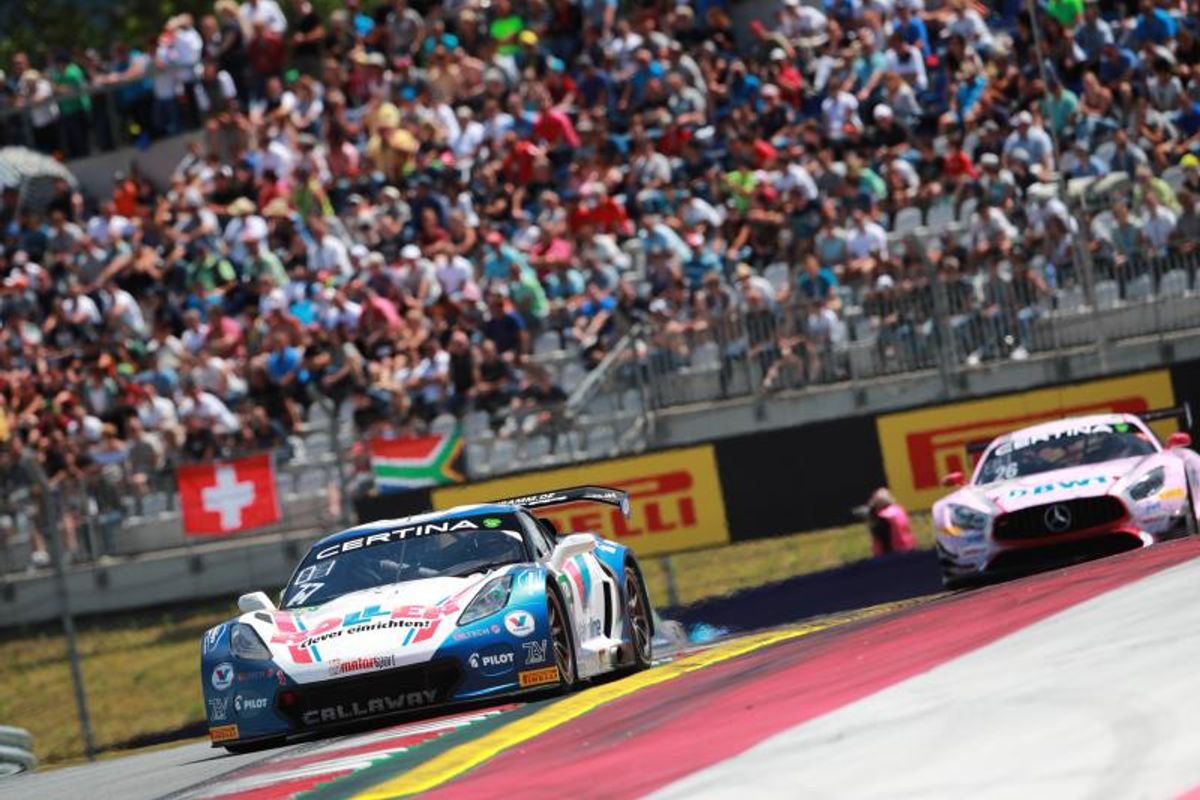 Callaway Competition will embark on their defence of the ADAC GT Masters title with a new driver in the line-up. Marvin Kirchhöfer (24, DEU) will share the team's Corvette C7 GT3-R with Frank Kechele (31, DEU) and with former champion Daniel Keilwitz (28, DEU) this season. The Super Sports Car League will get the season under way on the weekend of 13th - 15th April in the Motorsport Arena Oschersleben. SPORT1 will broadcast all races live and in full.

Once again in 2018, Callaway Competition will rely on the services of a combination of drivers similar to the one that last year won the drivers', team and junior titles, a talented junior driver partnered with an experienced, fast team-mate. "Marvin Kirchhöfer showed his class throughout his debut year in the ADAC GT Masters in 2017," says Mike Gramke, who, after a long period of time acting as Callaway's technical director, will also take on the role of Team Principal for the 2018 season. "He will have two very strong team-mates in Frank Kechele and Daniel Keilwitz, from whose experience he can benefit. Frank will stand in for Daniel at Oschersleben and Most, as Daniel has racing commitments elsewhere. Frank has always been one of the fastest in the field, and Daniel's track record in the ADAC GT Masters is simply outstanding."

With Marvin Kirchhöfer, the German racing outfit, which is the most successful ever in the series with 27 wins to its name, have signed an intrepid young driver. Kirchhöfer, who contested his debut season in a Mercedes-AMG in 2017, is looking forward to his second year in the series. "I'm very happy to be racing for Callaway Competition this year," said the 24-year-old German, who won the Formel ADAC in 2012. "I've already had a brief test outing in the Corvette in France and it immediately made a very positive impression on me. I'm really looking forward to pre-season testing at the end of March in Oschersleben." Kirchhöfer replaces last year's champion Jules Gounon (24, F), who will no longer drive in the ADAC GT Masters, and intends to follow in the Frenchman's footsteps: "I definitely want to secure my maiden win in the ADAC GT Masters and rack up as many points as possible. That's my goal, for sure! As regards the overall standings, we'll have to wait and see how the season develops. There were a lot of new things I had to deal with last year as a newcomer from formula racing, but I'm now more accustomed to GT motor racing and can concentrate on what's important, which makes me feel very confident."

Kirchhöfer will be partnered by Frank Kechele and by Callaway veteran Daniel Keilwitz from the third meeting onwards at the Red Bull Ring (A). Three-time race winner and record-breaking pole-sitter Kechele will line up at Oschersleben and Most (CZ). "I'm delighted to be back in the ADAC GT Masters for the first time since the 2015 season finale and to be driving for Callaway Competition," said Kechele. "This is a great opportunity for me. The team do a good job year in year out. When you race for Callaway, you know that you've got the backing of an extremely competent team. I aim to do my bit in the first two races and notch up plenty of points with Marvin."