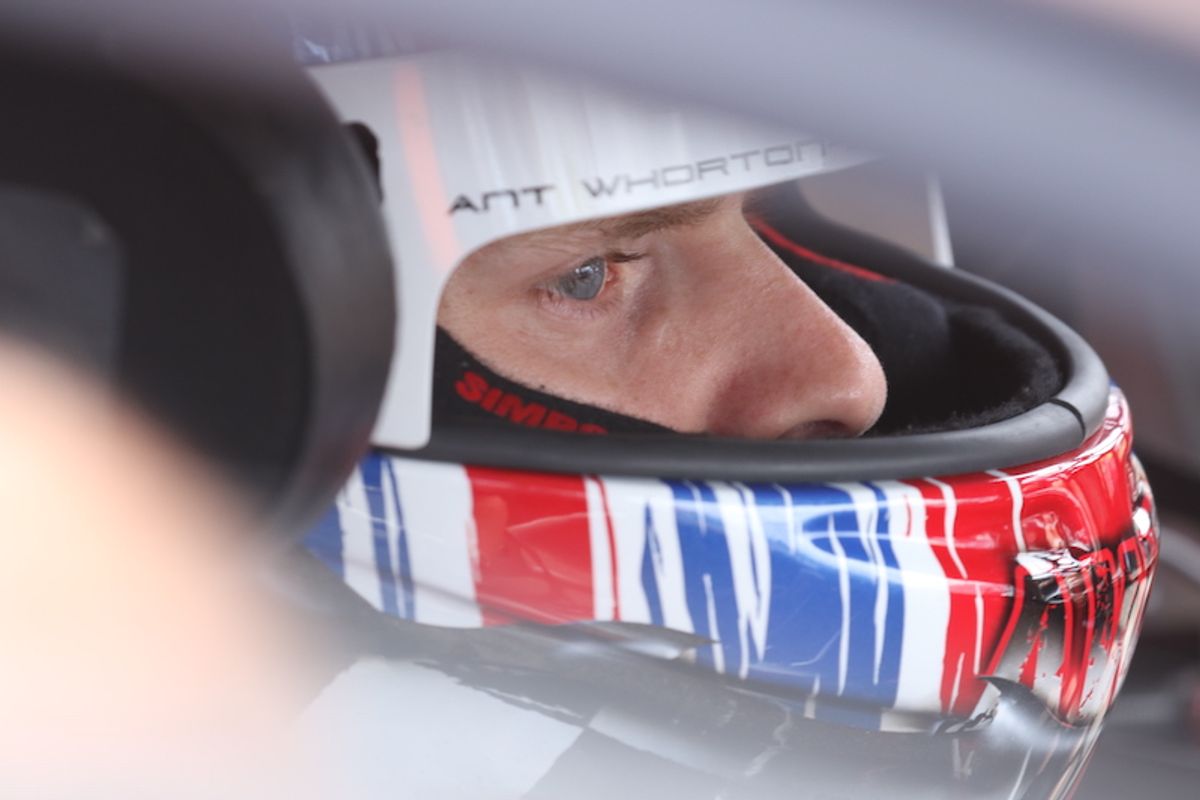 The JamSport Racing team can today confirm that it has agreed a deal with British Touring Car Championship racer Ant Whorton-Eales for the 2018 MINI Challenge season.

The 23-year-old from Lichfield, Staffordshire, will spearhead JamSport’s assault on the JCW Class of the highly competitive one-make series, which gets underway at Oulton Park on Easter weekend.

Ant’s move to the MINI Challenge sees him reunited with the team that carried him to the Renault Clio Cup UK title back in 2016.

His stunning championship winning season, which featured no fewer than nine victories, saw Ant earn a move into the BTCC last season in an Audi S3 run by the AmDtuning.com team.

As well as leading a race at Knockhill, Ant took a best finish of sixth place en-route to second in the rookie standings.

Despite holding talks about returning to the touring car grid for a second season in 2018, Ant has instead elected to take a sabbatical from the series with the blessing of the AmD team to rejoin JamSport for its debut in the MINI Challenge.

Ant, who won the series’ Club Class back in 2011, will not only hope to launch a bid for the overall title but will also play a key role in helping to develop his team-mates within the JamSport team.

Ant Whorton-Eales said:
“I’d pretty much agreed a deal to race in the BTCC again this season when the opportunity to race the MINI with JamSport came along, and Shaun [Hollamby – AmDtuning.com team manager] said I would be stupid not to take it.

“Although I really enjoyed my season in touring cars last year, I’m only 23 and there is plenty of time for me to return to the grid in future. That is my long-term goal, but for this year, my focus is firmly on working with JamSport on this new programme and it’s something I’m really looking forward to.

“Obviously I know the team already from the Clio Cup and I feel we have good knowledge and expertise to make a success of the move to the MINI Challenge. I’ll be working with the same engineer I’ve had in recent seasons and although I’ve only had very limited time in a car so far, I can already see that it is quite similar to a touring car - so hopefully we can use my experience from last year to our advantage.

“I fully appreciate that the level of competition will be high as there are teams and drivers who have been on the grid for a number of years, but with JamSport, I think we have a fantastic chance to repeat the success we have enjoyed in the past and the only aim is to fight for the title.”

Jamie Going, JamSport team boss said:
“Obviously we are delighted that we’ve been able to do a deal to bring Ant back into the team for 2018 as we launch our new programme in the MINI Challenge.

“There is a lot of hard work ahead as we prepare for the start of the season, and we needed to bring in someone who could help us engineer the car to make sure we are running right at the front from round one.

“Ant fits the bill perfectly as even when he was racing in the BTCC with the Audi last year, he was still involved in helping us with data and during testing. His knowledge and expertise in setting up a car will be crucial, and we know already what he is capable of on track.

“I have no doubt that Ant will be right in the mix for the championship and our ultimate goal is to try and wrap up the title at the first attempt.”

Shaun Hollamby, AmDtuning.com team boss, said:
“We were working to try and put a deal together with Ant for 2018 but when the opportunity to join JamSport and to fight for the MINI title came up, we weren’t going to stand in his way.

“Some people might think that it is a step back after a year in the BTCC, but as other drivers have shown, sometimes you need to take a step backwards to then take two forwards.

“I have absolutely no doubt that Ant will be back on the BTCC grid again in the future and hopefully it will be with us. We’d love to have him back in our car as he played a big part in the progress we made as a team last year, and ideally it will be with him having added the MINI Challenge title to his resume.”