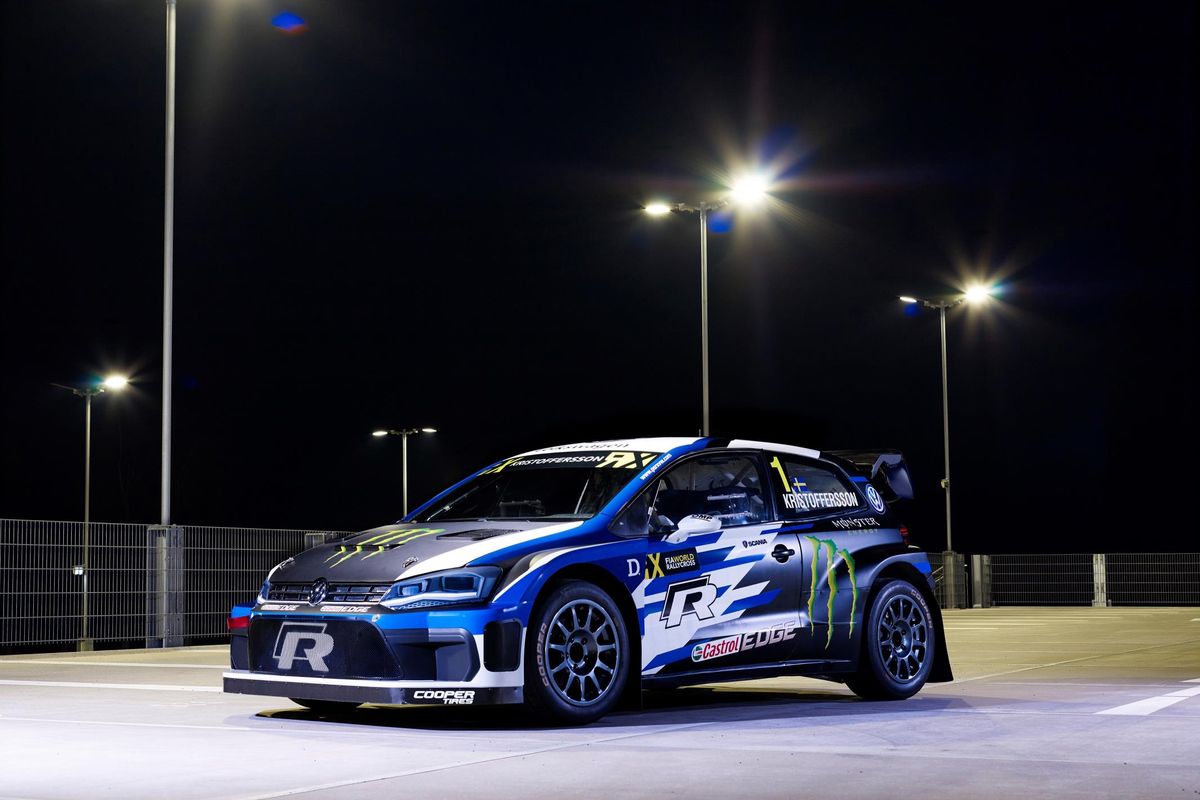 For 2018, an unchanged driver line-up of Kristoffersson and team-mate Petter Solberg will get behind the wheel of revised specification Volkswagen Polo Rs.

With the car now officially unveiled, reigning champion Kristoffersson is eager to get his title defence underway at the World RX of Catalunya-Barcelona on April 14-15.

“It feels far too long time since the World RX finale in South Africa last November," Kristoffersson commented. "I have done lots of training – and competed in the World Rally Championship, driving a Skoda Fabia R5 at Rally Sweden – but nothing compares with that feeling of being back in a Volkswagen Polo R Supercar. When we started testing again this year, I was sitting in the car smiling to myself. I’m so excited to be back and to start the defence of my title.”

The alliance between Solberg’s PSRX outfit and Volkswagen Sweden yielded immediate success in 2017 and the Norwegian acknowledges maintaining that momentum is the challenge for 2018.

“Last year the agreement for my PSRX team to partner with Volkswagen Sweden and Volkswagen Motorsport came very late – but we made so much success. Now it’s the job of us all to build on this success. It’s not going to be easy.

“On a personal level, I’m looking forward to getting back behind the wheel. Over the winter season, I have spent quite a lot of time behind a desk and I definitely prefer my office to have four wheels and a roll cage! Seriously, I am a competitor and I want to start competing again," Solberg said.

With stiff competition anticipated from the likes of EKS Audi Sport, Team Peugeot Total and Olsbergs MSE, PSRX Volkswagen Sweden team principal Pernilla Solberg says it is ready for the challenge from its rivals.

“What is the easiest: hunting or being hunted? Actually, neither is easy, but definitely this year we will be hunted for the titles we won last year. Bur we’re ready for that. There is incredible determination, passion and ability in our team and we are very clear on what we want from this year: we want more of what we earned last season and we’re really ready to work so hard for this.

“This is a family team and everybody here is ready to put everything in for the person standing next to them. This is such an exciting year for PSRX Volkswagen Sweden and now we feel really ready to get going with 2018.”

World RX Managing Director for IMG, Paul Bellamy, commented: “PSRX Volkswagen Sweden have proven to be excellent ambassadors for the World RX Championship over the years and were very worthy title winners last season. Johan Kristoffersson and Petter Solberg represent a formidable driver pairing and if the new Volkswagen Polo R Supercar proves to be a quick as it looks, it is going to be a tough car to defeat. Either way, we’re surely in for a truly memorable World RX season.”