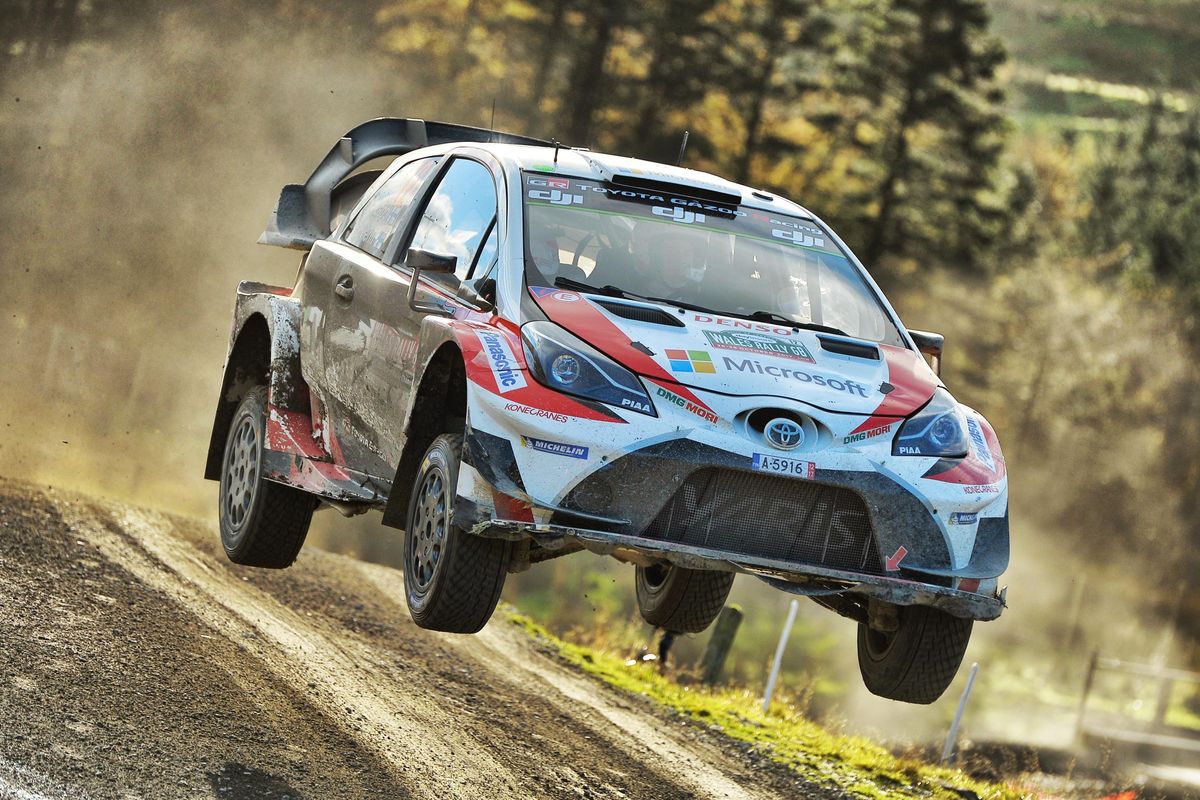 This year’s Dayinsure Wales Rally GB (4-7 October) will feature an exciting new-look route and a shift of focus to the forests and venues of north Wales.

Thanks to a change in the law by the Welsh Government facilitating closed-road motor sport in Wales, International Motor Sports Ltd (IMS), organiser and promoter of Britain’s round of the FIA World Rally Championship, is set to overhaul the event’s four-day itinerary to the advantage of both visitors and competitors.

The benefits are most valuable in north Wales where a number of smaller forests can be extended simply by closing a short stretch of road, creating new speed tests worthy of the WRC.

Although the final detailed competitive route will not be announced until FIA approval is obtained and tickets go on sale next month, organisers have decided to share the outline route at this early stage to assist fans, marshals and accommodation providers to make plans for the rally.

As in 2017, the event will blast off with a crowd-friendly curtain-raiser at Tir Prince on Thursday evening, before Friday’s north Wales stages, many in Conwy County, which once again has renewed its role as the world class event’s Official Host County.

Many of the classic forest tests around Aberystwyth, which in recent years have been included in Friday’s schedule, will now feature as part of a jumbo ‘Super Saturday’ bill in mid-Wales. The show moves back to north Wales on the Sunday with a new Power Stage venue.

"We are taking full advantage of this new legislation to deliver a fresh take on this thrilling event,” enthused Ben Taylor, Managing Director of Dayinsure Wales Rally GB.

“The new WRC cars and Elfyn Evans’ historic victory brought us record crowds last year and we are expecting even bigger numbers in October. Shifting the focus to north Wales is not only closer to cities such as Liverpool and Manchester but it also allows us to challenge the crews with some spectacular special stages that have never before been included on this rally.

“We won’t announce the final route until the middle of April, when tickets go on sale, but we know lots of people are already making their plans and booking hotels and other accommodation in the region, so it’s only right that we share the changes with them.”

Councillor Louise Emery, Conwy County Borough Council’s Cabinet Member for Economic Development said: “We’re thrilled to once again be Host County for this prestigious World Championship event. Even more so as the changes in the law by the Welsh Government is to the advantage of both visitors and competitors, so we’re very excited about this year’s itinerary. Developments highlight commitments within our Events Strategy 2018-2022, and further underline that Conwy County is the right environment for great events.”

Outline plans for a lengthened WRGB National Rally have also been confirmed. Allowing amateur crews to share the world championship spotlight, this autumn’s National Rally will run to a longer two-day format and will include all of the special stages on both Friday and Saturday.

After 85 miles of action on some of the world’s best forest tracks, the winners will be crowned on their return to the busy WRGB Rally Village late on Saturday afternoon.

And, as in 2017, those amateurs wanting to do the full four-day WRC event are able to do so in non-homologated machinery.

Adding further appeal, this year’s event also features the concluding two rounds of the Prestone MSA British Rally Championship, the UK’s premier national series. This means that the best British drivers will all converge on Wales at the start of October to finally decide who will take the coveted Prestone-backed crown this year.

The final route for the 2018 Dayinsure Wales Rally GB – and the WRGB National Rally – will be announced in April when tickets go on sale. Last year’s event attracted 103,438 visitors, a record since the rally moved to north Wales in 2013, and delivered £9.4m of economic benefit to the country.