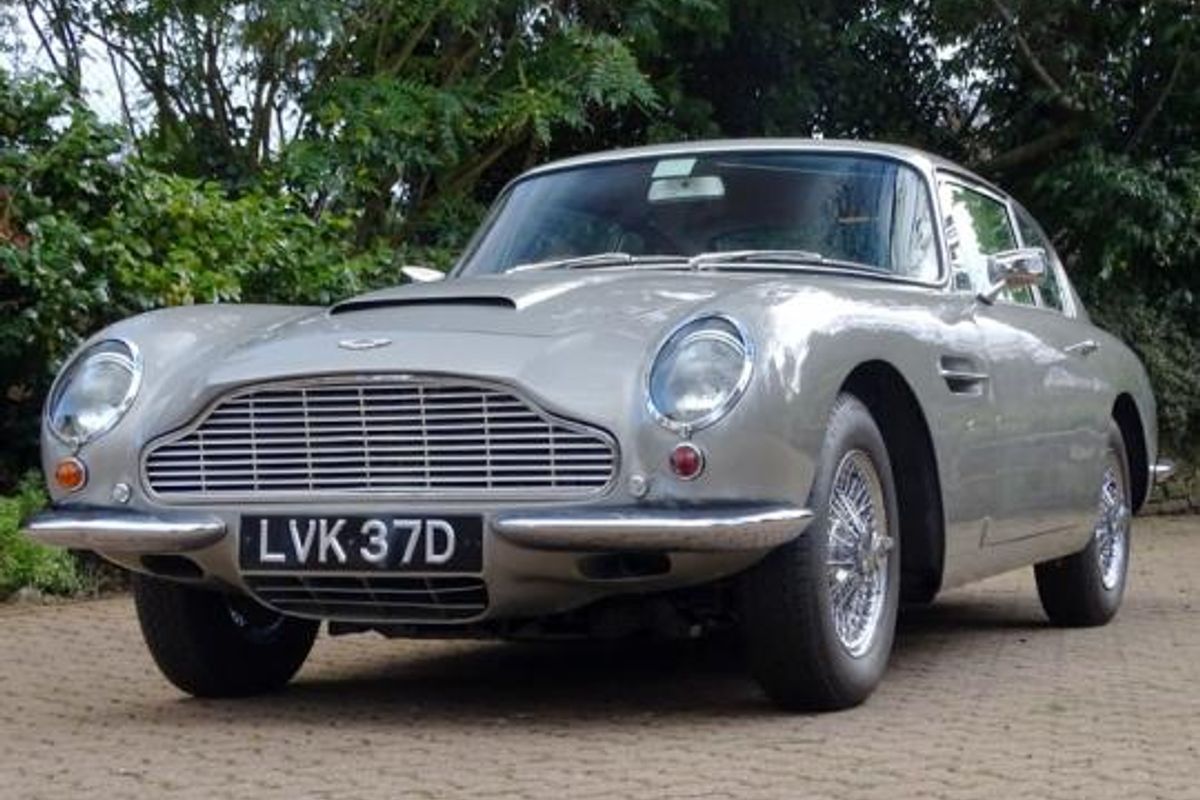 - Taken off the road in 1979 and reupholstered by Chisholm to include headlining, door cards, carpets and boot

Unveiled at the 1965 London Motor Show, the DB6 was notable for being the first Aston Martin model to be engineered following the company's move from Feltham to Newport Pagnell. Although, a direct development of the DB5, with the same visage, the newcomer enjoyed notably better high-speed stability thanks to the provision of a Kamm tail with built-in spoiler, and superior interior space courtesy of a 3.7-inch longer wheelbase and taller roofline. Grafted over a sheet steel platform chassis, the four-seater's hand-finished aluminium panels helped contribute to the claimed kerb weight of 3,232lbs that was actually only 17lbs heavier than its predecessor. Praised by the contemporary motoring press for its poise and handling, the DB6 employed all-round coil-sprung suspension, four-wheel disc brakes and rack-and-pinion steering. Powered by the fabulous Tadek Marek designed 3995cc DOHC straight-six engine, the model boasted some 282bhp and 280lbft of torque in standard tune and could be had with five-speed ZF manual or three-speed Borg Warner automatic transmission. A contemporary road test found a manual DB6 to be capable of 0-60mph in 7.4 seconds and 150mph. A total of 1,327 MKI Saloons were produced between October 1965 and the MKII's July 1969 arrival.

First registered in Newcastle-upon-Tyne as 'LVK 37D' on 11th January 1966, this particular example - chassis DB6/2470/R - entered the current ownership some six years later. Acquired from a local acquaintance who is believed to have been its second keeper at an indicated 63,000 miles, the Aston Martin was pressed into service as an everyday car. The vendor and his wife finding that its back seats were capacious enough to take their boys to rugby practice and its potent straight-six untroubled by towing the family speedboat. Laid-up in a heated garage during 1979 due to the demands of a busy veterinary practice, the DB6 was nonetheless treated to much work over the next two years. The sills and jacking points were replaced and repairs made to the suspension location points. The rear axle was overhauled by Roadstyles, the flywheel renewed and a fresh clutch fitted (complete with associated slave cylinder and hose). Newport Pagnell-trained, Chisholm not only reupholstered the seats in Red leather but also installed a new headlining, door cards and carpets.

Thereafter, the suspension was refurbished with new parts as necessary, while a thorough overhaul of the brake system saw the callipers stripped and uprated with stainless steel pistons, the discs / pads renewed and various cables / hoses replaced. The radiator was recored, an electric fuel pump added and the triple SU carburettors rejuvenated. The rev counter was recalibrated and a stainless steel exhaust fitted. New wire wheels were sourced along with new electric window motors and wing shields / rubber seals. More recent fettling carried out over the past eight years or so has encompassed a bare metal respray in its original Silver Birch livery and an upgrade to electronic ignition. The windscreen and badging have been renewed as have the four tyres / tubes. The factory-fitted engine (number 400/2379) has had its cylinder head converted to unleaded by Aston Engineering. Starting readily upon inspection and manoeuvring easily whilst being photographed, it is hoped but not guaranteed that 'LVK 37D' will possess a fresh MOT certificate by the time of sale. Kept in a heated garage for the past thirty-nine years and coming to market for the first time since 1972, this appealing DB6 shows a highly credible 81,000 miles to its odometer and is offered for sale with continuation green logbook, cloth cover, original handbook, workshop manual, Heritage Certificate, sundry old MOTs dating back to 1974 and numerous parts receipts.