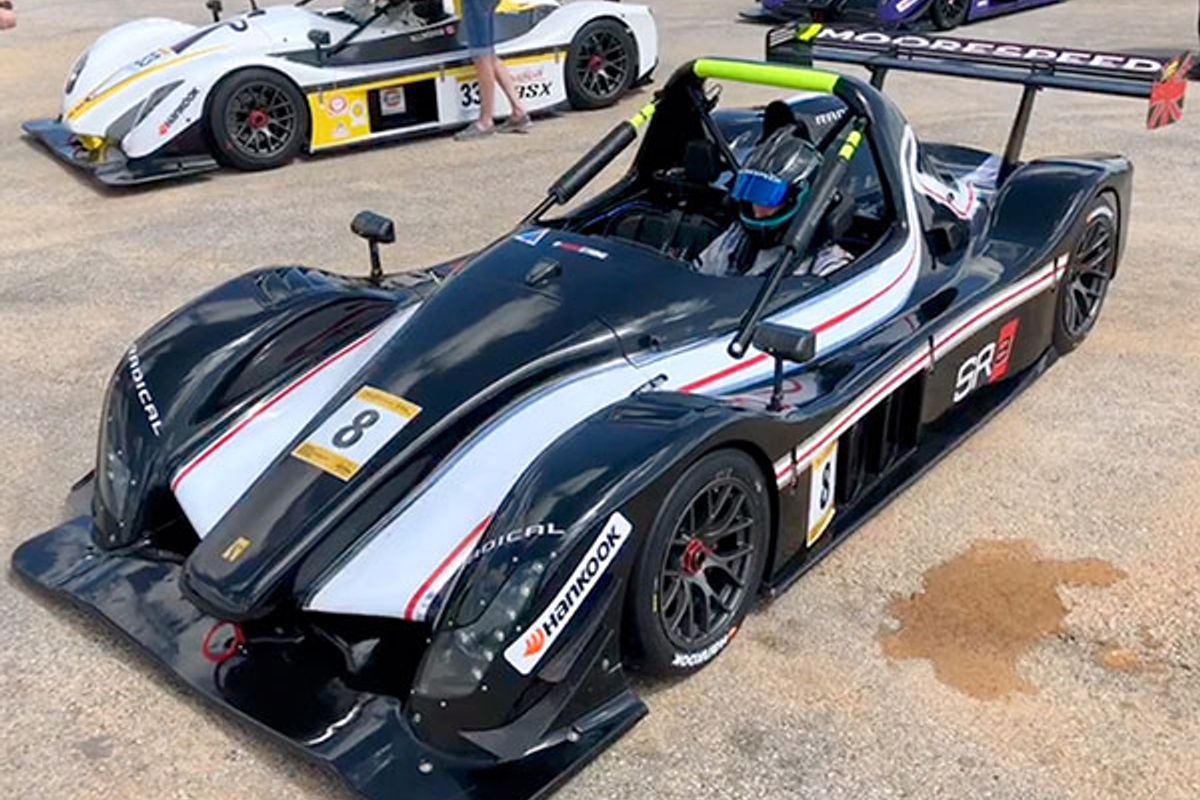 this Weekend at Circuit of The Americas

Riding the momentum of their biggest victory together less than a week ago at Sebring International Raceway, Austnites Will Hardeman, David Moore and the Moorespeed team have returned home to compete in the Radical Cup North America series this weekend in the Texas Grand Prix at Circuit of The Americas (COTA).

Hardeman is making his first Radical start just days after he and Moorespeed scored their first major professional race win together in the season-opening IMSA Porsche GT3 Cup Challenge USA series event last Friday at Sebring International Raceway. The milestone victory came as Hardeman and Moorespeed begin their fourth-straight year of racing together. They had put together a string of more than a half-dozen top-two and top-three podium finishes over the last three seasons, including several visits to victory lane at COTA, but Friday’s first major victory will likely set the tone for a breakout season in 2018.

“It feels good to do a home race after having great success in our season opener at Sebring,” Hardeman said. “With IMSA not coming to COTA this year, we had to seek out an alternative series and an alternative car for a one-off event in order to participate in our home race. We desired most to get a co-drive in the GT division in Pirelli World Challenge, preferably in a Porsche GT3R, but a ride never materialized. We started looking at other options and found running a Radical during the Pirelli World Challenge weekend would be a nice fit. It’s a new car with totally different characteristics, but it should be low pressure and a lot of fun getting used to and learning a new race car.”

Moorespeed has raced Radicals for the past several years and earlier in 2018 was announced as the new and official Texas dealer for Radical Sportscars Limited. Moorespeed is now offering sales and support programs for both new and existing Radical customers throughout Texas and the Southwestern region of the U.S.

“This race weekend at Circuit of The Americas  will be the debut of our Radical Cup North America race program where we will add Will to the roster with our team of Philip Berber and Dennis Cox,” Moore said. “Originally we were running only Philip and Dennis in Radical Cup and Will in the Pirelli World Challenge GT main event, but the plans that we were working on with PMNA’s help did not pan out. We really wanted to compete in GT as a Porsche team but despite our efforts we couldn’t come up with a way to procure a GT3R for one race weekend. So, as Radical’s newest dealer in North America, it made sense to run Will in a Radical SR8 at our home race for the season opener instead.”

Hardeman flew home to Austin right after his Sebring victory and was testing the 2-7-liter V8-powered Radical SR8 by Sunday on the 3.4-mile COTA track.

“The Radical test last Sunday went well,” Hardeman said. “The biggest adjustment is getting used to driving an aero car and how the car likes to enter the corners. The Radical I am driving has a V8 and is a bit quicker than a Porsche Cup car, which makes for some exciting lapping. The esses really come at you much faster than Im used to. It’s a lot of fun.”

After an unofficial test day today, official Radical Cup competition begins Friday with three practice sessions. Qualifying Saturday morning sets the stage for the first of the weekend’s three 40-minute races that afternoon at 5:45 p.m. CDT. A Sunday doubleheader brings the weekend to a close with 40-minute races at 11:30 a.m. and 4:20 p.m. CDT.

- Although it didn’t come together for this weekend's Pirelli World Challenge race, Hardeman would have been right at home in a Porsche GT3R at COTA. “Will raced in the SRO Blancpain GT Asia series in Shanghai late last season and proved he has the pace in the Porsche GT3R to compete heads up in the GT class with a second-place finish in Shanghai," Moore said. "We really wanted to run the main Pirelli World Challenge event in a Porsche GT3R, particularly to show folks how the Porsche GT3 Cup USA development series truly get drivers ready to compete at the highest level, but other teams running the entire season might not have been too happy with us participating in a one off event as a probable podium contender.”