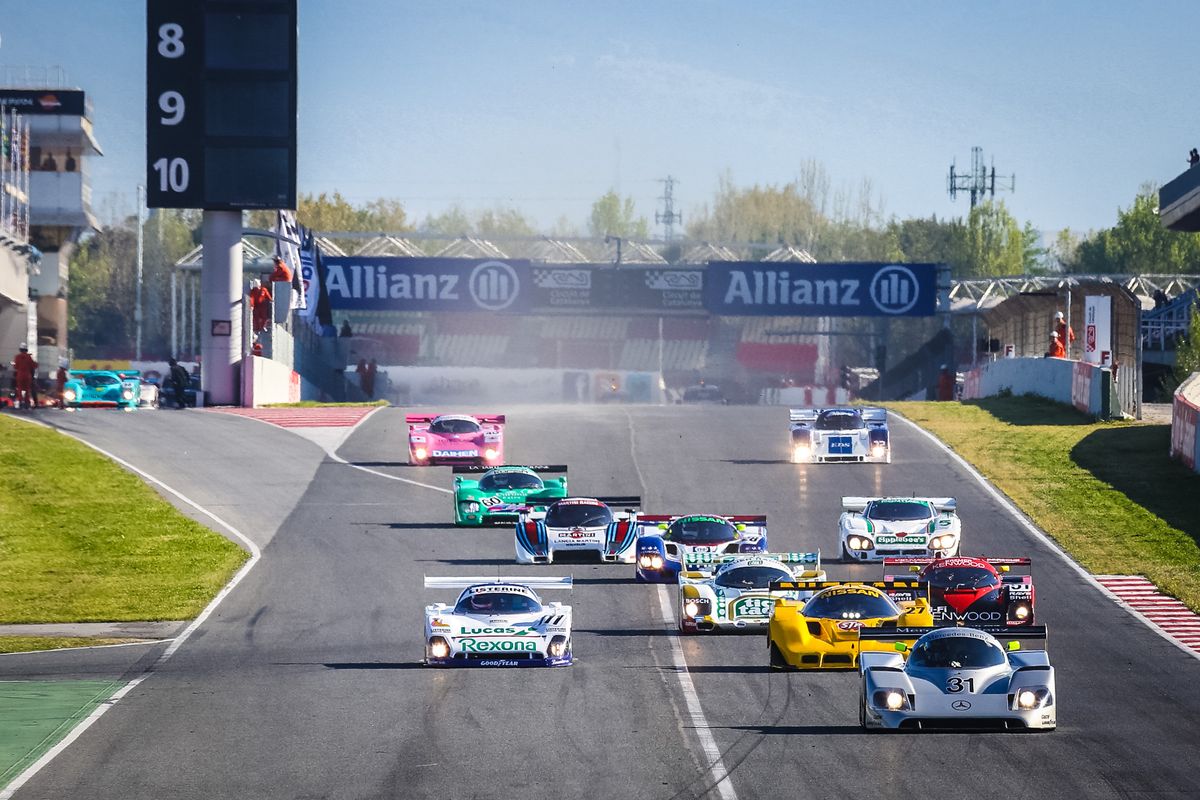 The Peter Auto season of historic car races kicks off on 6-7-8 April on the Barcelona-Catalunya circuit. More than 200 racing cars including some exceptional machines are expected at the Spanish track.

Espíritu de Montjuïc - Group C Racing
Once again the season will kick off on the circuit in Montmélo where seven of the eight Peter Auto grids will do battle. Just a reminder that the event has been called Espíritu de Montjuïc as a homage to the park of the same name in Barcelona that used to host the Spanish F1 Grand Prix.

The evocation of the Montjuïc name brings to mind the eponymous team, a renowned local privateer outfit, which finished second in the 1971 Tour de France Automobile with its striking Ferrari 512 S. This prototype recognisable by its typical yellow livery will be racing in the CER 1 grid!

Quality will be one of the outstanding features of this event and quantity will not be lacking either, a comment particularly applicable to Sixties’ Endurance in which more than 61 cars including Alfa Romeos, Austin Healeys, Chevrolets, Fords, Jaguars, Lotuses, MGs, Morgans, Porsches, Shelbys, Triumphs and TVRs will go head-to-head out on the track.

The party will be in full swing in the paddocks with activities and entertainment for the crowd as well as a gathering of collector cars.