IronForce by RING POLICE all set for the ADAC GT Masters 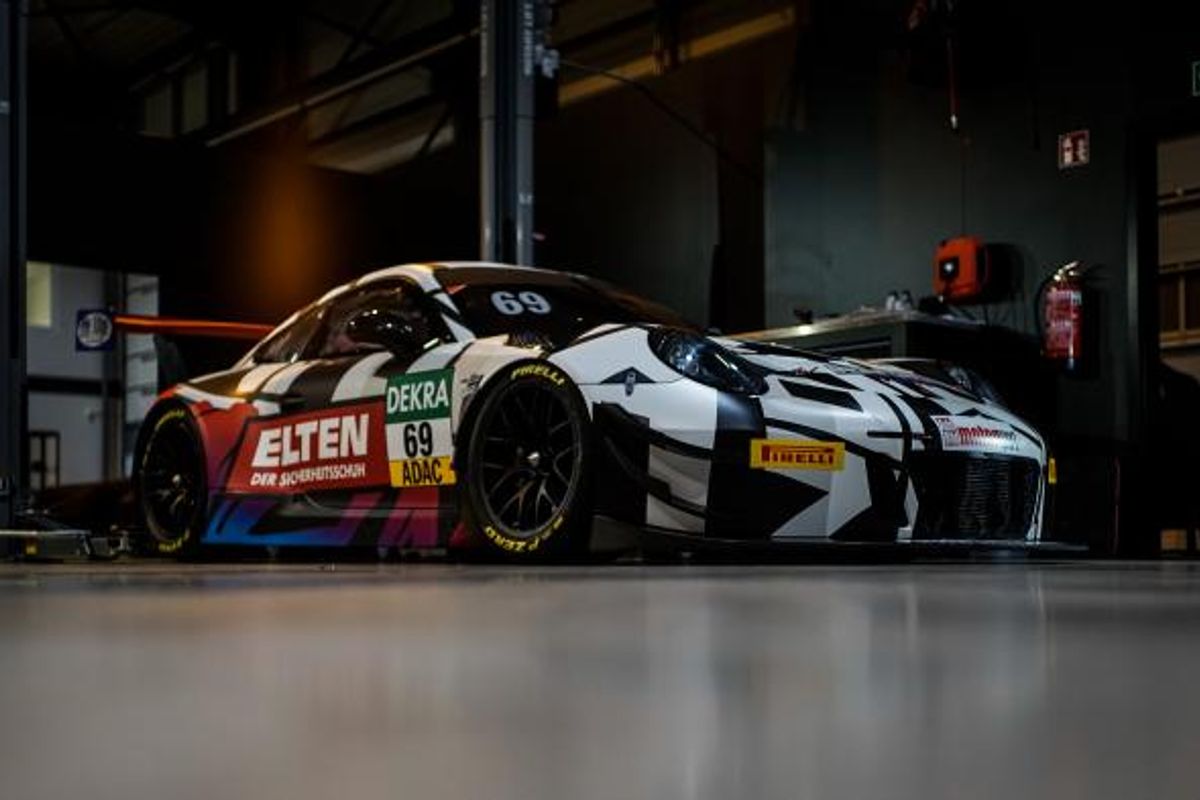 IronForce by RING POLICE are ready for the ADAC GT Masters. With just three days to go before the official pre-season tests in the Motorsport Arena Oschersleben, the team presented the striking design of the Porsche 911 GT3 R, with which Lucas Luhr (38, DEU) and Jan-Erik Slooten (33, DEU) will race for the first time in the Super Sports Car League. SPORT1 will broadcast all 14 ADAC GT Masters races live and in full during 2018.

The 911 of the racing team based in Erkelenz will cause a sensation at the seven ADAC GT Masters race tracks with its black and white stickers, complemented by bright slashes of colour. This project was first begun by Jan-Erik Slooten, who will share the car with former FIA GT1 World Champion, ALMS champion and two-time ADAC Zurich 24-hour race winner Lucas Luhr, and with TV and YouTube star JP Kraemer, who are both big motorsport enthusiasts. They decided to team up and pool their teams and skills. As CEO of Team RING POLICE, Slooten will provide his crew and motor racing experience, while as CEO of JP Performance, media pro Kraemer will provide access to a big fan base and sponsors with his high profile. The goal as Team IronForce is to put professionalism, closeness to the fans and fun back into motorsport. IronForce by RING POLICE have decided on the slogan "Make Motorsport great again" for their debut season in the ADAC GT Masters.

IronForce by RING POLICE will appear in public for the first time next week during official ADAC GT Masters pre-season testing at the Motorsport Arena Oschersleben. The team have already completed test drives in southern Europe in order to prepare for the season. Jan-Erik Slooten: "I'm looking forward to the big ADAC GT Masters challenge and to next week's round of testing in Oschersleben where we'll meet this year's competition for the first time. It will be great to see so many old friends and to get to know the other teams and drivers. It's certainly going to be very special for me."

The 23 teams in the Super Sports Car League will prepare for the season opener in the Motorsport Arena on Monday and Tuesday (26th - 27th March). The season kicks off at the same venue, 13th - 15th April. Fans are welcome to come and watch testing. Tickets cost five euros and are only available from the box office on the day.

IronForce by RING POLICE are one of four new teams in the ADAC GT Masters along with AutoArenA Motorsport, EFP by TECE and Team ISR.