Ferrari off to a flying start in Australia 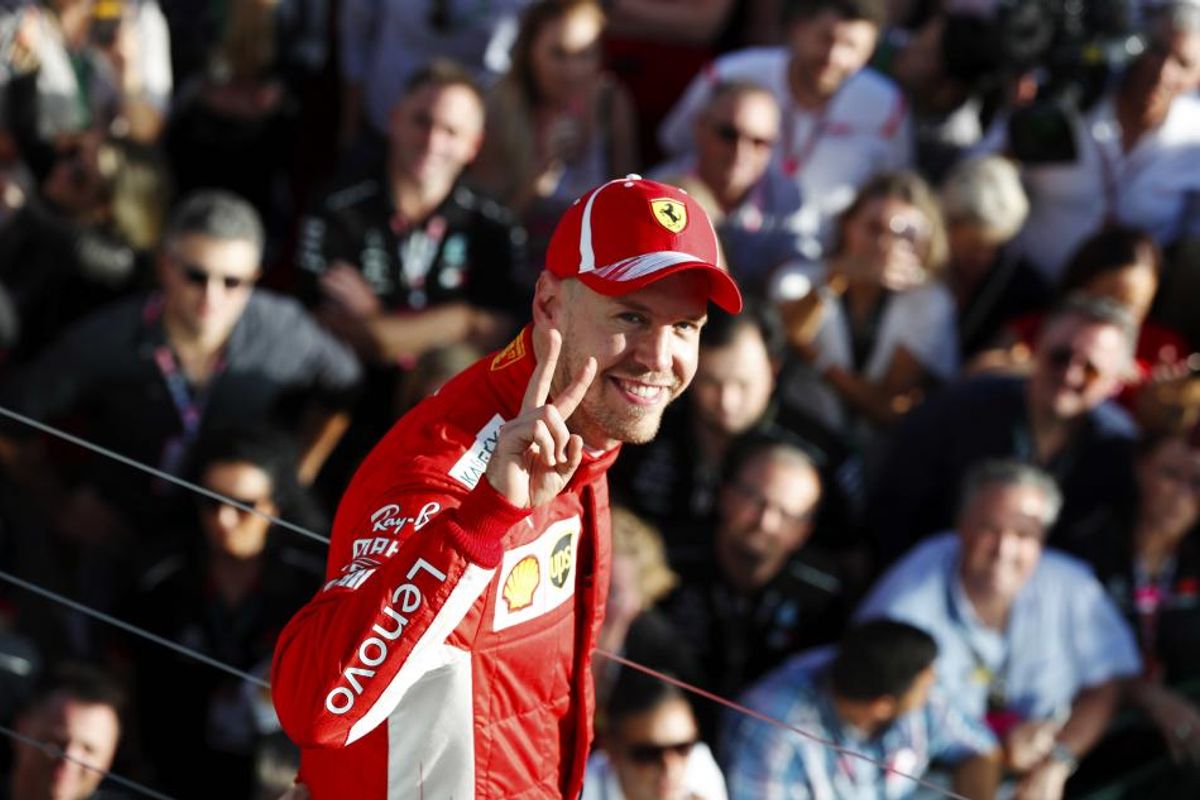 A trip to the Antipodes has delivered Ferrari’s 230th win, a ninth for Sebastian Vettel with the Scuderia (the 48th of his career) at the end of a race that was unforgettable in terms of the excitement it delivered and a perfect job from the team. Starting from third on the grid, Seb made the most of the Safety Car period to pop out of pit lane ahead of Hamilton, while Kimi Raikkonen, from second, rounded off the Australian podium in third place, doing a great job of fighting off an attacking Ricciardo in the closing stages. The Scuderia thus finds itself leading both the Drivers’ and Constructors’ championships on 25 and 37 points respectively.

Sunshine and wind were on the agenda for the start at 16h10 local time. The track surface on the grid provided little grip, but our guys got away well and from second, Kimi even got alongside Hamilton, with Seb third. This is Melbourne, which means it was no surprise that the positions didn’t change much, despite the three DRS zones, seen here for the first time in F1. Even the split times were similar and on lap 9, the two SF71Hs were pushing hard with Kimi and then Seb setting a race fastest lap. Raikkonen closed the gap to the leader, but he also had to manage his race, while waiting for the tyre changes.

And the first of those stops came at the end of lap 18: Kimi pitted as planned, with the mechanics staying put until the very last moment, switching him from the Ultras to the Soft compound, so that the Finn was able to rejoin ahead of the two impressive Haas cars. The opposition reacted immediately, bringing in Hamilton, who went for the same tyre choice. This meant Sebastian found himself leading the GP and he upped the pace slightly. His turn to pit came at the end of lap 26, at the same time as the Virtual Safety Car was engaged, after Grosjean stopped out on the track.

This tactic paid off: Seb made the most of the zone before the Safety Car line and emerged ahead of Hamilton! A short and spontaneous applause rippled through the garage. “Well done team,” said Maurizio over the radio. But it was not even the mid point of the race yet. Immediately after that, the real Safety Car was required and it stayed out up to and including lap 31. All the drivers at the front of the field fitted the Soft tyres – Seb’s had six laps less – and after the restart there were no overtaking moves.

There were fights, thanks to the DRS, but Seb held firm and set the fastest lap on lap 34. As for Kimi he had to fend off Ricciardo for third, as the Australian had closed right up under the Safety Car. Out in front, the battle swung with the moveable wing: whoever was behind could use it, but ran the risk of overheating in the slipstream. Hamilton was not about to give up and Sebastian responded with another fastest time on lap 45. His rival was pushing hard, even losing the front end under braking and that saw the gap go out to almost two seconds. Seb? “The tyres are working very well,” he said over the radio.

Over the final five laps, Seb pulled out a bit of an advantage, while Kimi had a gap of just under two seconds to manage, but then closed on Hamilton who had lost his rhythm. The last lap was a heart-stopper but it finished with a first and a third place. Excuse us, but this time, we are the ones with the smile on our faces.