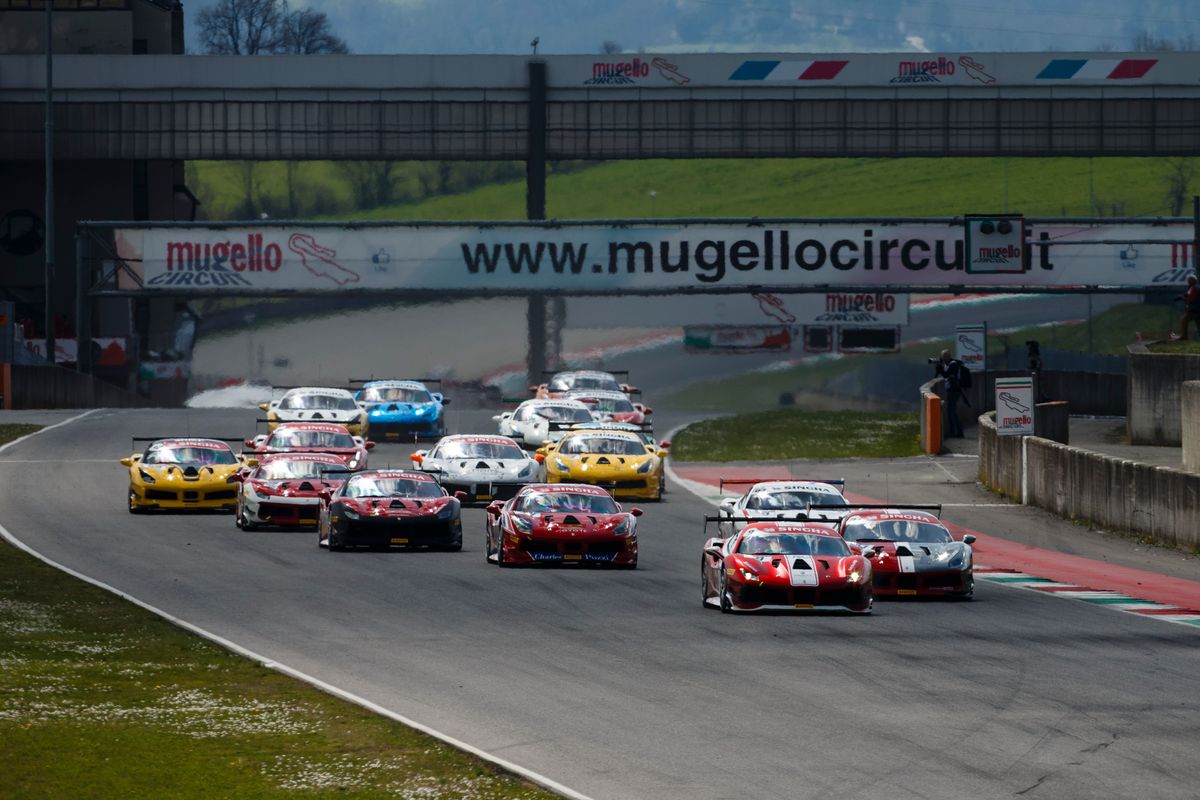 Nicklas Nielsen, Chris Froggatt, Erich Prinoth and Ingvar Mattson, all on 488 Challenge, were the first winners of the Ferrari Challenge Europe 2018, which kicked off on Saturday on wonderfully sunny day at the Mugello track.

Trofeo Pirelli. The Trofeo Pirelli opened the racing day with a duel from start to finish between the young Nicklas Nielsen (Formula Racing) and Bjorn Grossmann (Octane 126). The two were able to pull away from their rivals, leaving Henry Hassid (Charles Pozzi), Alessandro Vezzoni (Rossocorsa-Pellin Racing) and Jens Liebhauser to fight for third. Nielsen beat Grossmann by two seconds to record his third win out of three races in the Challenge (all at Mugello), with Hassid finishing third.

Pirelli Am. The Trofeo Pirelli Am race panned out similarly, with Chris Froggatt (HR Owen) holding onto the first place he had secured in qualifying. Slovakia’s Jan Danis (Scuderia Praha) pushed him hard for much of the race. He even attempted an attack on the San Donato curve, but failed to overtake the Briton. Martin Nelson (Scuderia Autoropa) came third just a few seconds ahead of Denmark’s Christian Overgaard (Baron Motorsport). British rookie John Sawbridge (HR Owen) took fifth.

Coppa Shell. The Coppa Shell race offered its usual mix of excitement and spectacle. Turn three saw the first unexpected twist when Manuela Gostner (Ineco-MP Racing) brushed Christophe Hurni’s (Team Zenith Sion-Lausanne) car, spinning it and forcing rookie Agata “Agy” Smolka (Rossocorsa) onto the grass to avoid the Swiss driver. Erich Prinoth (Ineco-MP Racing) took the lead ahead of US driver Jean-Claude Saada (Rossocorsa) and teammate Thomas Gostner who held off attacks from Christian Kinch (Gohm Motorsport BB). The race was then neutralised because of an accident in the Shell Am class, after which the positions remained the same as Prinoth set again a very strong pace. Saada took second and Gostner third with the second podium of his Ferrari one-make series career.

Shell Am. In the Coppa Shell Am, “Agy” Smolka lost her pole advantage after an accident at turn three. Sweden’s Ingvar Mattson (Scuderia Autoropa) took the lead ahead of Giuseppe Ramelli (Rossocorsa-Pellin Racing) and Per Nielsen (Baron Motorsport). Murat Cuhadaroglu (Kessel Racing) made a great recovery after starting last due to changing car. The Turk pulled back to third despite a contact with Alexander Nussbaumer (Formula Racing) that knocked the Austrian out of the race. Mattson crossed the line ahead of the pack for his first win in the Challenge, followed by Ramelli and Cuhadaroglu. The programme is repeated on Sunday at 12:50 pm and 3:30 pm.