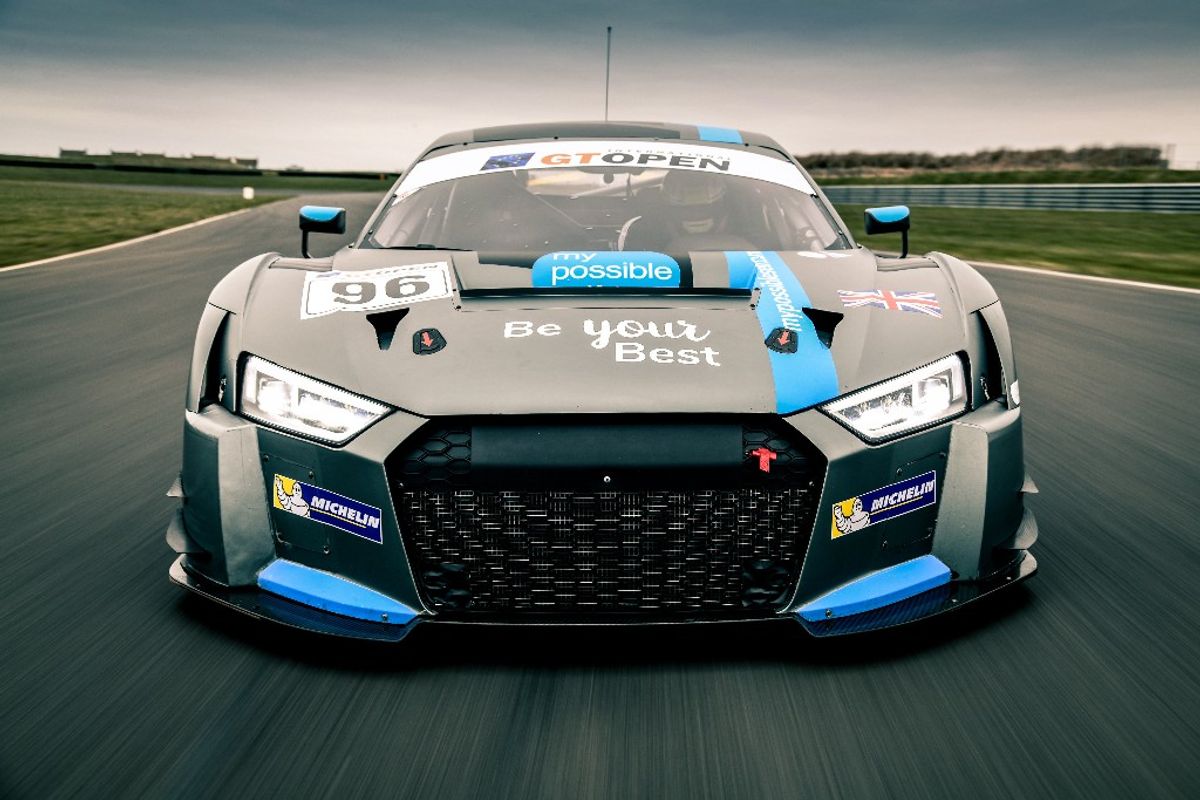 Having dipped a metaphorical toe in the water at the season finale last year, Optimum Motorsport are all set to compete in the International GT Open in 2018 with the season getting underway at Estoril, Portugal 14-15 April.

The British-based team will field an Audi R8 LMS with Bradley Ellis and Oliver Wilkinson teaming up once again in the Pro Am class. The pairing finished the 2017 season finale in Barcelona second in class and the team are bullish on their chances of victories.

“We’re looking forward to the year of racing ahead with Bradley and Ollie,” stated team principal Shaun Goff. “Ollie is very much on a learning curve after stepping up from the Ginetta GT5 championship in 2017, but we’re confident that with Bradley helping him adapt to the new environment, he will be right on the pace in what we believe is a very strong Pro Am driver pairing.”

Ollie: "It’s been a busy winter preparing for my first International GT Open season. I’ve been working through an extensive fitness and simulator training development programme, to make sure I’m GT3 race fit whilst constantly improving my race craft and mental focus to become a stronger all-round driver package."

The Audi R8 is still a relatively new car to you both, how user friendly is the car compared to what you are used to?

Bradley: “The Audi feels amazing to drive. It is very well suited to Ollie and myself because the front is so positive. We hate understeer and love oversteer!”

Ollie: “Having made the huge jump from racing a Ginetta GT5 in my debut racing season, driving the Audi R8 is an amazing experience. Considering the difference in performance, it’s incredibly user friendly.”

You had a great run in Barcelona last year in the same championship. This gives you momentum heading into the new season…

Bradley: “It was a dummy run ahead of this year to see what areas needed to be perfected by us and the team in the off-season to ensure when we come to the first round this year we are on top of our game.”

Ollie: “Barcelona was our first outing in the Audi R8 and first event as a driver pairing with Bradley. A second-place Pro-Am podium showed a little of what we can do and gives me a bit of confidence heading into my first international season of racing.”

What are your expectations for the championship?

Bradley: “I think we will be very strong over the season but missing Paul Ricard means that the Championship would be a hard task to win.”

Ollie: “As this is my debut International GT Open season and only my second year of racing, every circuit will be a new learning curve. Graduating to GT3, there’s a lot to learn driving the Audi, including understanding a car with more aero, downforce, power and grip. 2018 will be a development year in terms of understanding the car and learning the circuits, but that knowledge and confidence will only grow as the year goes on.”