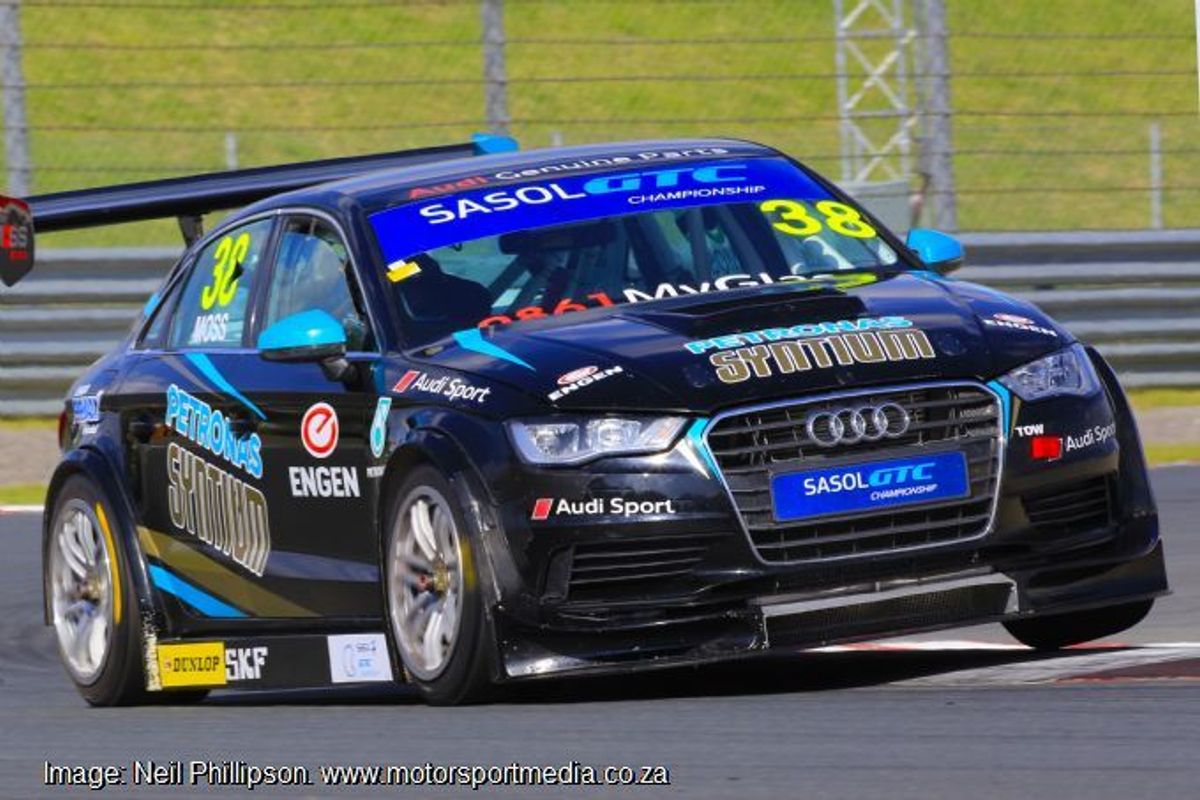 Kyalami’s season-opening Motorsport Festival kept a content crowd on the edge of its seats as SA’s top junior formulae and the supporting act delivered the best entertainment, while the alleged premier class failed on Saturday. Most classes delivered days of domination as the brand new Engen Volkswagen Polo Cup proved action packed as Jeffrey Kruger benefited a little luck as he powered from pole position to a double victory, Stuwie White emerged as a double-winner in Investchem Formula 1600 and Charl Arangies and his glorious Aston Martin totally dominated in Extreme Supercars.

It was a similar story in the two-wheeled classes, where veteran Lance Isaacs stormed to a couple of Bridgestone Thunderbike & Sub 10 wins and Graeme van Breda enjoyed a couple of narrow victories over Sven Grune in the Red Square Kawasaki ZX10 Masters, but the old school V8 Supercars entertained with Mackie Adlem and Benjamin Morgenrood sharing the wins. The premier Sasol GTCs however quite literally fell apart by the seams as only one top class car made it to the finish of the second race. The Sasol GTC2s however delivered one of the races of the day as Bradley Liebenberg ended up on top for Mini…

Bonafede duly led the BMWs away after Rowe spun in the first corner, with the top four keeping formation. Stephen and Mathew Hodges’s VW Jetta were on a charge as Hodges fought with Wolk until something appeared to break on Wolk’s car, which speared into the Mineshaft barriers at high speed. That left Stephen to follow Bonafede home from Fourie, Moss, a delayed Hodges, Rowe and van Rooyen. Masters fought Liebenberg off for GTC2 honours in a fine spat that saw Golf GTI trio Trevor Bland, Adrian Wood and Charl Smalberger follow them home ahead of Devin Robertson’s Mini after Dayne Angel’s Honda was excluded on a technicality.

The second race proved bizarre as Simon Moss’s Petronas Audi survived to be the only Sasol GTC car to cross the finish line ahead of a fine GTC2 dice where Liebenberg’s Mini fought off the battling Golf GTI privateers Bland and Smalberger. The race started well enough with Rowe edging ahead off the line under pressure from Moss and Fourie, before the VW put two wheels on the grass, turning Rowe into Fourie and out of the race to bring the safety car out.

Moss led off the restart but spun, leaving Bonafede to lead at ease as Stephen diced with Fourie and van Rooyen for second, until something broke on Fourie’s car under braking at the end of the straight. The ESC BMW slammed hard into Stephen before hitting the wall as both cars were eliminated, with the drivers a little shaken by a scary incident as the race was stopped again.

Bonafede led from Moss and van Rooyen at the restart, but van Rooyen slowed to a crawl and then Bonafede stopped, before van Rooyen ground to a halt leaving Moss to cruise home ahead of that lovely GTC2 spat as Bradley Liebenberg kept his Mini far enough ahead of a wonderful spat between Golf privateers Bland and Smalberger with Dayne Angel’s Honda keeping a watching brief. Race 1 winner Masters stopped and Adrian Wood suffered a sizeable accident as Angel dropped back to leave the GTIs to fight it out to the line as Bland pipped Smalberger.

Survivor Moss took the overall win from Bonafede and van Rooyen, who were still classified as finishers, Stephen, Fourie and Hodges, while Liebenberg took the GTC2 day from Bland, Smalberger, Angel and Robertson.

Kruger led Mogotsi, Gerber, Pepper and Campos until the safety car was deployed for an incident between veteran Simon Need and VW rookie Raais Asmal toward the back that saw Need firmly embedded into the tyre wall. The safety car returned to the pits to leave a chase to the flag as Kruger duly led Mogotsi, Gerber, Pepper and Campos home ahead of La Reservee, Charl Wilken impressing on his track return after a decade away, Benjamin Habig, another impressive rookie in Delon Thompson and Clinton Bezuidenhout.

Juan Gerber led Kruger and a tussle between Mogotsi, Pepper and Keegan Campos early in race 2 before Gerber stopped late in the race to allow Kruger to make it a double win for the day. The race long tussle behind was eventually resolved in favour of Pepper Racing trio Pepper, Campos and La Reservee, with Mogotsi slipping to fifth from  Bezuidenhout, Wilken, Thompson, Daniel Duminy and Darren Oates. Kruger took overall honours for the day from Pepper, Campos, Mogotsi, La Reservee and Wilken.

The thunderous V8 Supercars proved among the more entertaining races as Terry Wilford put his Fuchs Falcon onto pole position ahead of Mackie Adlam, Benjamin Morgenrood (Ben Morgenrood Mustang) Franco Di Matteo (Deltec Jaguar) and Roelf du Plessis’ Ultimate Lumina, but it was Adlam who took a 5-second race 1 win over Morgenrood and Wilford with di Matteo next up from Izak Spies’ Mustang and Auke Compaan in a Jaguar.

Race 2 was a far closer affair with Morgenrood fending di Matteo off by all of 0.4 seconds ahead of Wilford, Adlam, Spies and Ian Young’s Ford as Morgenrood took overall honours for the day, once again by just 0.4 seconds over Adlam, di Matteo, Wilford, Spies and Young.

On two wheels, Class B duo Sven Grune and Graeme van Breda laid down the law in a close Red Square ZX10 Masters qualifying fight that transformed into an entertaining race 1 tussle eventually going to van Breda from Grune with Jaco Gous, Sanjiv Singh, Pieter de Vos and Teddy Brooke next up. Race 2 delivered one of the races of the day as van Breda fought Grune off, with de Vos third from Brook, Singh and Gous. Van Breda beat Grune to class C honours, de Vos won class B and Gous class C.

The Sasol GTCs will be picking up the pieces, while Kruger and White’s respective Polo Cup and Formula 1600 rivals will be working at closing the gaps before the next round of the Extreme Festival at Killarney in Cape Town Saturday 21 April.