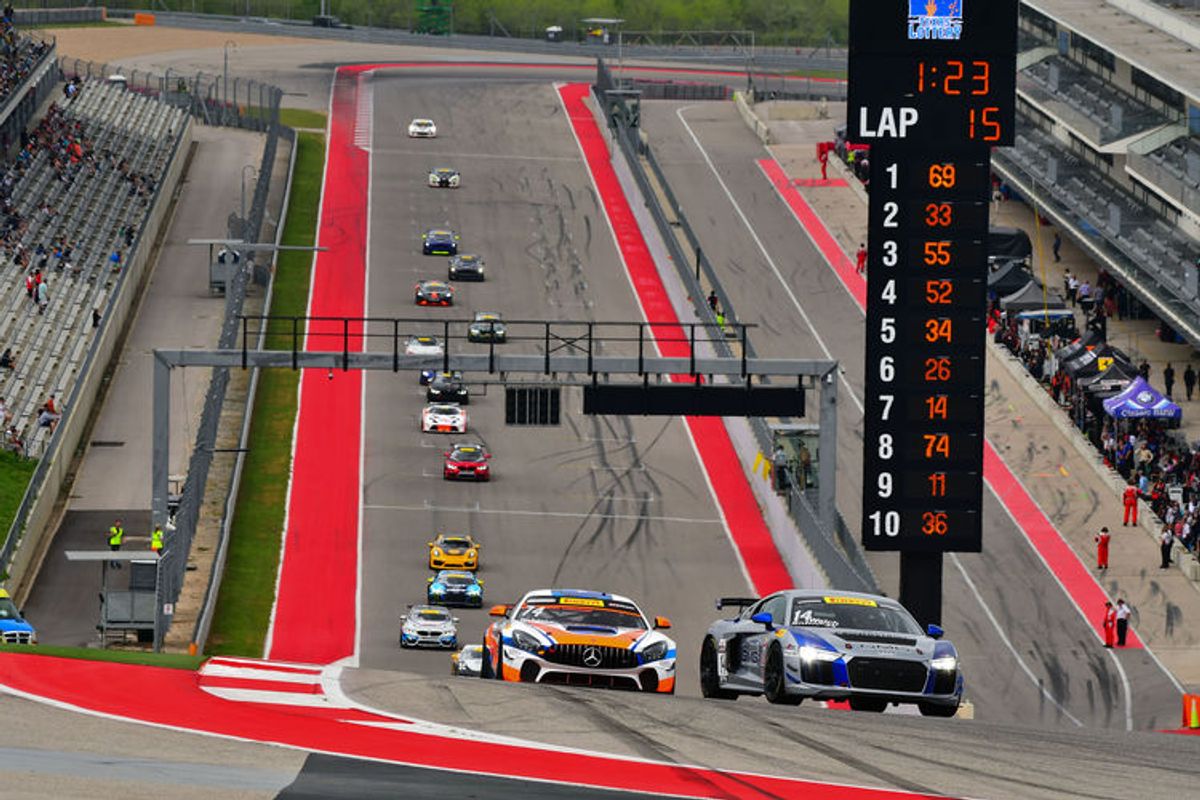 Audi Sport customers on three continents clinched trophies with their GT sports cars on the fourth weekend in March.

GMG Racing celebrates first American success for Audi R8 LMS GT4: James Sofronas and Alex Welch stood on the top step of the podium in the SprintX season opener of the Pirelli World Challenge. The two Americans from Team GMG Racing won the second single race of the opening event on the circuit of Austin, Texas, achieving the first victory for the new customer sport race car in North America. After the one-hour race, the advantage of their Audi R8 LMS GT4 was 3.3 seconds. With 37 entrants the GT4 category in the Pirelli World Challenge is one of the best-filled GT4 classes worldwide. Sofronas, who is both the team’s owner and a driver, is ranked in third place of the standings after two of a total of eight individual races in the GTS class of the SprintX classification.

First one-make cup race cars delivered: This year the Audi Sport Seyffarth R8 LMS Cup is making its debut as part of the DTM’s supporting program. The one-make cup is exclusively dedicated to the Audi R8 LMS GT4. Rüdiger Seyffarth received the first race cars at Audi Sport customer racing in Neuburg an der Donau in March. Dirk Spohr, Head of Customer Management at Audi Sport customer racing, handed over the first 364 kW (495-hp) customer sports cars. The Audi Sport Seyffarth R8 LMS Cup in its six events this season will be racing at the Hockenheimring, the Lausitzring, the Hungaroring, at Brands Hatch, Misano and at the Nürburgring.

Initial visit to Neuburg an der Donau: The three new Audi Sport campaigners Gordon Shedden, Jean-Karl Vernay and Frédéric Vervisch are competing for Audi in the 2018 FIA World Touring Car Cup (WTCR). On March 22, they visited Audi Sport customer racing in Neuburg an der Donau where they familiarized themselves with the company and together with Chris Reinke, Head of Audi Sport customer racing, analyzed focal areas for the season opener at Marrakesh from April 6 to 8. At Audi’s Museum Mobile in Ingolstadt, the driver trio admired exhibits from more than 100 years of the company’s history.