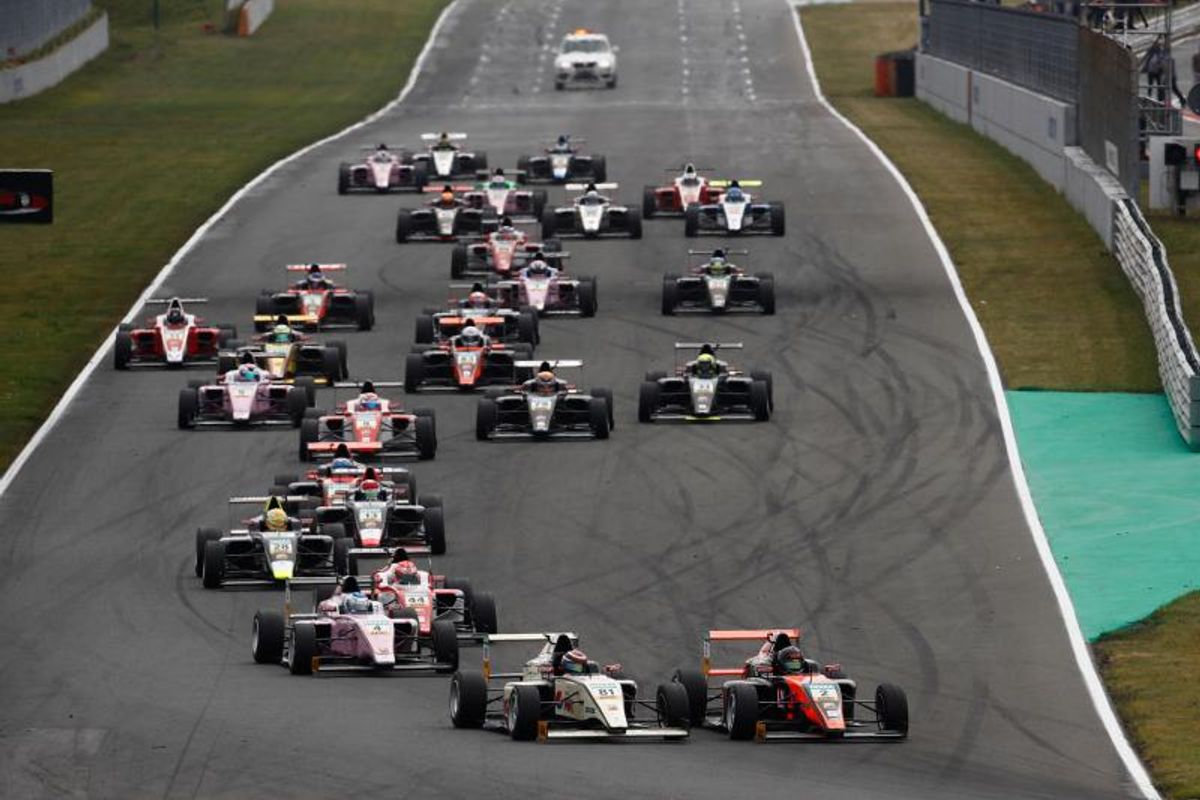 The presence of two drivers with surnames better known from Formula 1, a team principal with an F1 track record, two slots in the support programme to the German Grand Prix and talented youngsters with long-term aspirations to graduate to Formula 1 - the highest echelon of motor racing is set to play a big role in the fourth season of ADAC Formula 4. David Schumacher (Germany), the son of Ralf Schumacher, and Enzo Fittipaldi (Brazil), the grandson of two-time Formula 1 world champion Emerson Fittipaldi, are just two of the star names in the starting line-up. Former Sauber team boss Monisha Kaltenborn brings a wealth of F1 expertise with her new team KDC Racing, and the highlight of the season is bound to be a guest slot on the weekend of the German Grand Prix (20th - 22nd July) at Hockenheim. SPORT1 will once again be providing TV coverage of the ADAC Formula 4 races in 2018.

"The fourth season of ADAC Formula 4 opens under propitious conditions," says ADAC Sports President Hermann Tomczyk. "The highlight of the season is going to be the two races that share the billing with Formula 1 at Hockenheim. For our talented youngsters, this adds an extra element of motivation as they look to present themselves in the best possible light against the backdrop of the premier class. The fact that drivers such as David Schumacher and Enzo Fittipaldi have signed for the series and that Monisha Kaltenborn has got involved speaks volumes for ADAC Formula 4 and for the long tradition we at ADAC have in bringing on the next generation of racing drivers."

Schumacher versus Fittipaldi: Ralf Schumacher and Emerson Fittipaldi competed in different eras of Formula 1. David, son of Ralf, and Enzo, grandson of Emerson, will be going head to head in this year's ADAC Formula 4. Another member of a family with a full trophy cabinet from the premier class - albeit in two-wheel competitions - is Jack Doohan (Australia), son of five-time motorcycling world champion Mick Doohan. He will be making guest appearances for Prema Powerteam alongside team-mate Fittipaldi. The Italian outfit have won the team championship for the past two seasons. Oliver Caldwell (Great Britain) and Gianluca Petecof (Brazil) complete the Prema squad.

Schumacher will be driving for the team jointly managed by his father Ralf and Gerhard Ungar. They have now entered into a partnership with Czech outfit Charouz Racing and will be competing under the name of US Racing CHRS. Also in the squad is Lirim Zendeli (Germany), who must surely rank as one of the main title contenders after previous successes in the series, last year's rookie champion Mick Wishofer (Austria) and Tom Beckhäuser (Czech Republic).

Van Amersfoort Racing from the Netherlands have a long and illustrious history, having won the ADAC Formula 4 drivers' championship in 2016 with the Australian Joey Mawson. They too have a strong squad consisting of Charles Weerts (Belgium), who finished last season as second-best rookie, and Frederik Vesti (Denmark), who made three podium appearances. Newcomers Joey Alders (Netherlands) and Lucas Alecco Roy (Monaco) will be competing in their first ADAC Formula 4 season on behalf of Frits van Amersfoort's talent mill.

ADAC Berlin-Brandenburg e.V. led by team boss Peter Mücke have consistently played a constructive role over the past 20 years in bringing on new talent. The Berlin-based racing team has recruited three rookies to challenge for honours this year: Ido Cohen (Israel), Leon Köhler (Germany) and Niklas Krütten (Germany). Neuhauser Racing from Austria will be sending two brothers into the fray in 2018. Andreas Estner (Germany) is about to contest his second season as a member of the talent school in Zillertal, while his younger brother Sebastian Estner (Germany) makes the step up from karting to Formula 4. Guest starters will boost the ADAC Formula 4 field at selected events.

The undoubted highlight on the calendar for the 2018 ADAC Formula 4 campaign is the shared billing with the German Grand Prix (20th - 22nd July). The ambitious juniors will be competing in two races as part of the support programme at Hockenheim. Other fixtures in the campaign will be held in the context of the ADAC GT Masters - the season opener at Motorsport Arena Oschersleben, the mid-season fixtures at the Red Bull Ring in Austria and at the Nürburgring, as well as at the finale in Hockenheim. In addition, the ADAC High-Speed Academy shares two race weekends with the DTM, namely the DTM season opener at Hockenheim and later on at the Lausitzring.