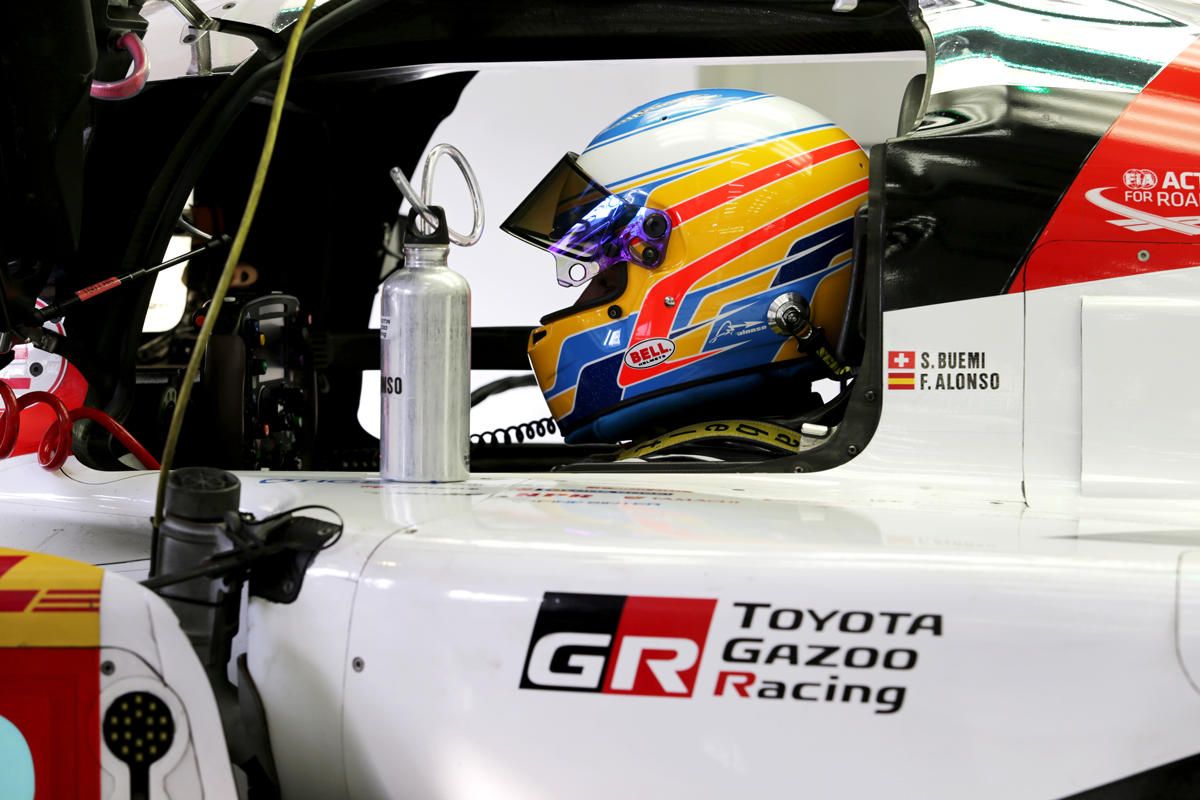 LIVE - FIA World Endurance Championship
The FIA World Endurance Championship moves into a new era for its 2018/19 ‘Super Season’, as a record grid will feature on a calendar that takes in both the 2018 and 2019 editions of the 24 Hours of Le Mans. Ahead of the twice-around-the-clock classic, the series makes its annual trip to Spa-Francorchamps, which has featured on the calendar since 2012. With the departure of Porsche from LMP1, Toyota’s top-class competition comes in the form of eight privateer entries, aiming to take on the Japanese marque, which has called upon Fernando Alonso’s services for the full season. LMP2 sees the Dallara and Ligier chassis make their full-season WEC debuts, while GTE welcomes BMW back to the fray, battling with factory entries from Ferrari, Ford, Porsche and Aston Martin.

LIVE - FIM Motocross World Championship
Jeffrey Herlings got his 2018 FIM Motocross World Championship campaign underway in the best possible fashion in Argentina, taking the round win ahead of reigning champion Tony Cairoli. The Dutchman carried this form into his home round, where he took a pair of wins, before his Italian team-mate hit back with a double victory in Spain, as the KTM duo remain tied for points at the top. May sees the series head to Russia’s Orlyonok circuit, before heading north to Latvia and finally finishing the month in Germany.

FIA World Rally Championship
Round six of the FIA World Rally Championship sees the series head to northern Portugal for the 52nd time. Mexico saw Sebastien Ogier retake the points lead from Hyundai’s Thierry Neuville, as the Frenchman took his second victory of the season. Ogier will be looking forward to returning to Portugal, as he aims to become the most successful driver in the events history, gunning for his sixth victory in eight years.

European Le Mans Series
The European Le Mans Series continues in May, as the championship heads to Monza for round two. After returning to the calendar after a nine-year hiatus in 2017, the Italian track proved a hit with both fans and teams, offering the latter a chance to race at a circuit with similar characteristics to Le Mans. Last year’s event saw a tight LMP2 battle between the Oreca and Dallara runners, with G-Drive Racing taking their sole win of the season.

ELMS – 4 Hours of Monza
Delayed-as-live, 13th May, 13:00 & 16:00 BST
Australian Supercars
Two traditional Australian circuits make up rounds five and six of the Australian Supercars 2018 calendar, as the series heads to Barbagallo and Winton. Shane van Gisbergen took a commanding victory in both races at Adelaide for the second year running, outlining his desire for title number two. The New Zealander has never won at Barbagallo’s Perth SuperSprint, or Winton Raceway’s equivalent, a fact he’ll want to change if he’s to maintain a strong push for the championship.

Australian Supercars – Winton SuperSprint
Highlights, 26th May, 21:00 BST
LIVE - TCR Europe Series
With the growing success of TCR in international motorsport, 2018 sees the inaugural season of the TCR Europe Series. Run in conjunction with the TCR BeNeLux Championship, the series will take in some of Europe’s best circuits, getting underway at Paul Ricard, before heading to Zandvoort. With a great variety of these small touring-cars eligible to race, one thing guaranteed is close racing!

TCR Europe Series – Zandvoort
Delayed-as-live, 20th May, 17:05 BST, Race 1
LIVE, 21st May, TBD, Race 2
Red Bull Rookies Cup
The 12th season of the Red Bull MotoGP Rookies Cup brings together the next generation of aspirant Valentino Rossi’s and Marc Marquez’s for a seven round championship on the support bill of the main event. 2018 sees the return of some familiar faces, including Turkish brothers Can and Deniz Oncu, as well as several new arrivals to the grid. Jerez hosts the season-opener, as the Moto3-spec KTM 250cc riders look to impress the MotoGP team bosses.

Red Bull MotoGP Rookies Cup – Jerez
LIVE, 5th May, 15:30 BST, Race 1
Delayed-as-live, 6th May, 15:20 BST, Race 2
Italian Motorcycle Road Racing Championship
Mugello welcomes the second round of the ELF Campionato Italiano Velocita motorcycle series. After his near faultless run to the title in 2017, Michele Pirro heads to the Tuscany circuit looking to add to his victories at the track last season.

Italian Motorcycle Road Racing Championship – Mugello
Delayed-as-live, 5th May, 19:35 BST, Race 1
LIVE, 6th May, 13:20 BST, Race 2
Delayed-as-live, 6th May, 17:50 BST, Race 2
24 Hours of Le Mans: The Great History
Motorsport.tv’s journey through the annals of the 24 Hours of Le Mans continues into May, starting off in 1999, reaching the turn of the millennium, and ending the month with the 2013 edition. Over this period, the legacy of Audi at La Sarthe was established, with 12 wins from 15 races, whilst also taking the first victories for diesel and hybrid cars.

Three times winner Allan McNish will also present 11 of his most memorable 24 Hours of Le Mans races, including Ford’s titanic battle with Ferrari in 1966, and his personal final victory in 2013 with Audi.

24 Hours of Le Mans: The Great History
Every Monday, Wednesday and Friday, 22:00 BST

The Allan McNish Selections
Every Monday and Thursday, TBC