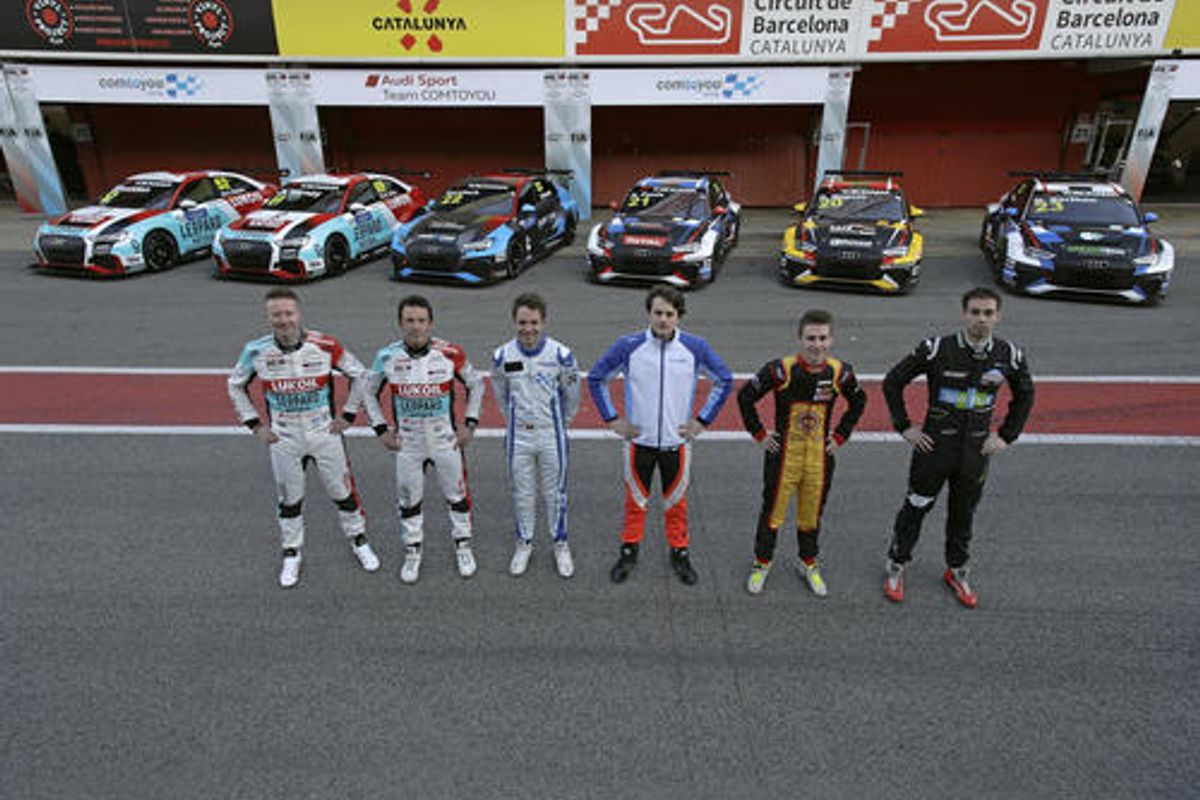 For Audi Sport customer racing it is a premiere in a new series and also the continuation of a touring car racing tradition from years ago: For the first time since 1995, a production-based touring car bearing the four rings is battling again for a global FIA title. In Morocco, the inaugural season of the WTCR – FIA World Touring Car Cup will kick off on April 6 to 8, with six Audi RS 3 LMS cars on the grid. This Thursday, the Audi teams are completing their pre-season preparations with an official test day at Barcelona.

Audi Sport driver legend Frank Biela and the Audi A4 quattro were the last winners of an FIA World Touring Car Cup. On October 15, 1995, the German professional driver and his marque secured victory in the drivers’ and manufacturers’ classifications on the circuit at Le Castellet, France. Now the marque will be battling to defend the title because the FIA has not sanctioned such a world cup since then.

An official test day this Thursday, March 29, completes the pre-season preparations of the Audi teams. Two squads with a total of six drivers will be contesting the races in the Audi RS 3 LMS in 2018. Audi Sport Leopard Lukoil Team relies on the Frenchman Jean-Karl Vernay and the Scotsman Gordon Shedden, Audi Sport Team Comtoyou on the Belgian Frédéric Vervisch. All three Audi Sport campaigners are successful pros who have previously clinched motorsport titles in diverse categories. Vernay in 2017 won the TCR International Series plus four other titles in his career, Gordon Shedden was British Touring Car Champion three times. Frédéric Vervisch has scored a title in both Formula 3 and Belcar and been driving Audi’s GT3 sports cars for several years. Three privateer drivers from Team Comtoyou Racing complement Audi’s lineup. The Belgian Denis Dupont and the two Frenchmen Nathanaël Berthon and Aurélien Panis look back on experience and success in various motorsport classes as well.

Both racing teams are young, ambitious and hail from Belgium. Team Audi Sport Leopard Lukoil is backed by Vincent Vosse’s WRT team that was formed in 2009. With the Audi R8 LMS it has won ten drivers’ titles, numerous other classifications and six 24-hour races, plus two international TCR titles with Volkswagen. Jean-Michel Baert’s Comtoyou Racing team has only been active in motorsport since 2016, clinched third position in the TCR International Series with the best Audi privateer driver last year and in winter won the Trophée Andros ice racing series with an Audi A1 quattro. “In terms of drivers and teams we’ve fulfilled all our wishes this way,” says Chris Reinke, Head of Audi Sport customer racing. “We’re facing a thrilling racing season on four continents where we’ll be battling for World Cup titles in drivers’ and teams’ classifications. We’re delivering gripping and original touring car racing with wheel-to-wheel duels of the kind the fans love.”

This season features ten events. The opener in Morocco will be one of four city street races. At Vila Real, Portugal, at Wuhan, China, and in the finale in Macau, the drivers will again be battling for hundredths of a second in narrow street canyons. The longest track is on the calendar in May, at the Nürburgring. Around the 24-hour race, the drivers will cover the 25-kilometer combination of the Grand Prix circuit and the Nordschleife. Challenging tracks in Hungary, the Netherlands, Argentina, China and Japan complete the demanding calendar. Per weekend, the drivers will be contesting three races.

All six drivers rely on the Audi RS 3 LMS. The touring car with power output of up to 257 kW (350 hp) is Audi Sport customer racing’s entry-level model. Audi has delivered more than 130 of these race cars to customers around the world since the end of 2016. 55 race wins and five championship titles were scored right in its first season. In the 2018 FIA WTCR season, all six Audi RS 3 LMS cars are equipped with sequential six-speed transmissions. Competitors of the Audi RS 3 LMS include products from six renowned volume brands from Germany, France, Italy, Japan, Korea and Spain.