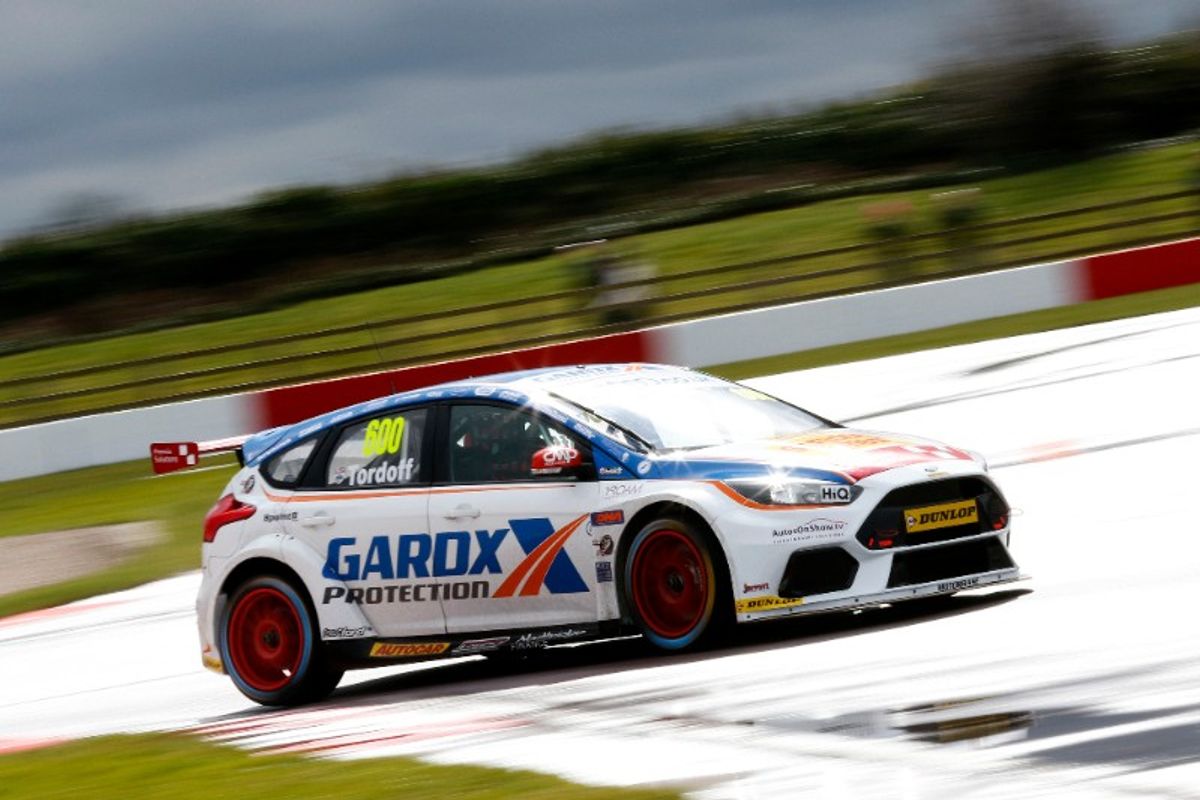 Sam Tordoff kicked off his 2018 Dunlop MSA British Touring Car Championship season in style with a top four performance in the Team GardX Racing with Motorbase Focus RS during the first official test session of the year at Donington Park.

The Leeds-based driver made his highly-anticipated return to the BTCC grid for the official championship season launch at the Leicestershire circuit, unveiling the new Motorbase-run Ford Focus RS charge for his 2018 campaign to the media during the morning’s proceedings before the afternoon test session was opened up to the public.

In spite of the wet and damp weather conditions, Tordoff set a promising early pace in the GardX-backed Focus RS and quickly got back up to speed in the front-wheel drive machine, setting the fourth fastest time of the day.

“I’m really pleased with how the day went;” commented Tordoff. “We didn’t expect to do anything special during the test, we just worked through our plan and went through the programme we had in mind and ended up in P4, which is a solid start and gives us plenty to build on.

“At this time of the season, we just need to try stuff and see what it does so that when we get into a race situation and we need to throw something at the car, we know what effect that has. It’s just about building up as much data as possible.”

The season launch marked Tordoff’s return to the BTCC following a year’s sabbatical in GT racing, and the 28 year-old enjoyed a warm reaction from the media and fans alike.

“It’s exciting to be back in the BTCC. I got a great reception and a lot of people made a point of welcoming me back, so it was great to jump straight back into it and be competitive.  I’ve got a great core of people around me in the team with a lot of experience, and it feels like home already which can only be a good thing.”

“The car is in a sweet-spot at the moment. We're  going into the weekend with high hopes and just looking to score some strong points. I think if we can come out of the weekend with three top six performances then that would be a great way to start the season.”

Live coverage of Saturday’s qualifying session will be available via the ITV4 website from 15.15-15.45 on Saturday April 7th, with live race day coverage on ITV4 and ITV4HD from 10.30am on Sunday April 8th.