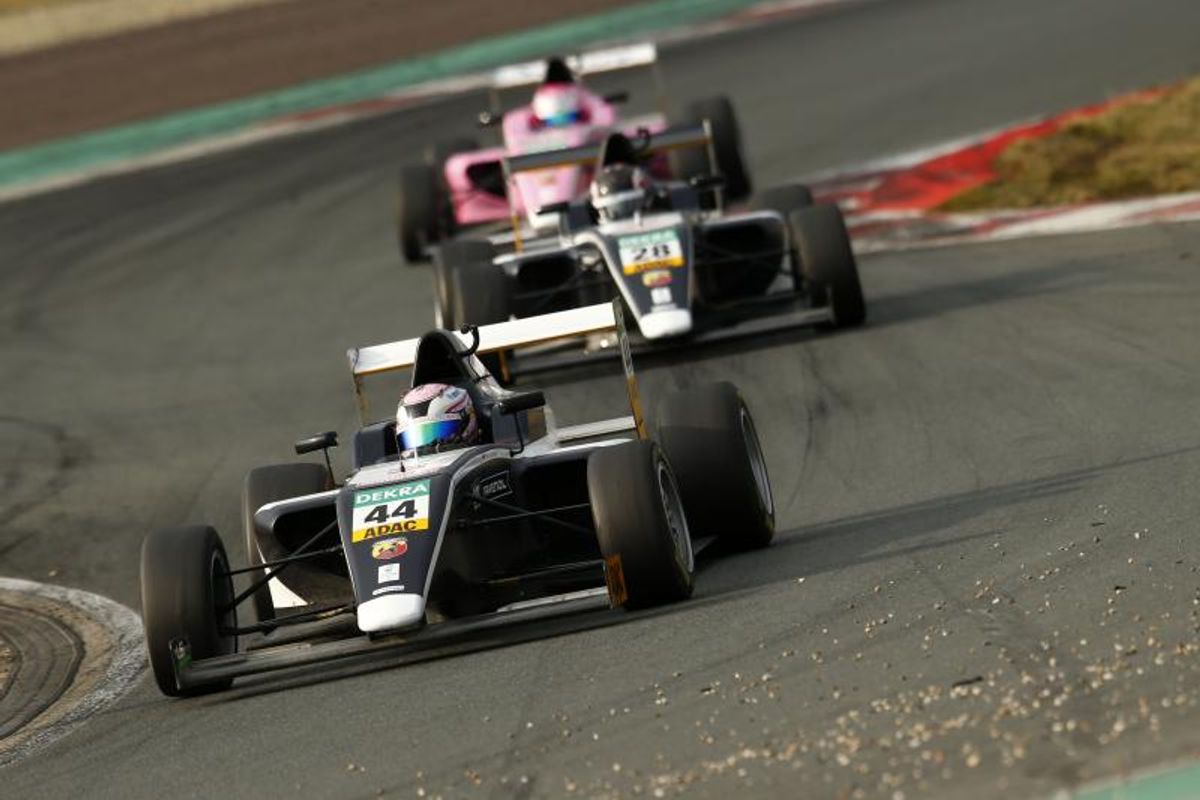 Two days, seven sessions, countless fresh insights - during official testing at the Motorsport Arena Oschersleben on Tuesday and Wednesday of this week, the ADAC Formula 4 teams and drivers had their pre-season run-through for the opening round on 13th - 15th April. Frederik Vesti (16, Denmark, Van Amersfoort Racing) and Lirim Zendeli (18, Germany, US Racing CHRS) made a really strong impression, but newcomers Enzo Fittipaldi (16, Brazil, Prema Powerteam), grandson of two-time Formula 1 World Champion Emerson Fittipaldi, and David Schumacher (16, Germany, USA Racing CHRS), son of ex-DTM and Formula 1 driver Ralf Schumacher, also hinted at their potential. The young ADAC Formula 4 talents will really get down to business in just over two weeks' time with the start of the ADAC high-speed school's fourth season in Oschersleben. SPORT1 will broadcast the ADAC Formula 4 races on TV.

The Dane Vesti and Germany's Zendeli will be full of confidence after these tests when they return to Oschersleben, as they dominated the pre-season run-through, taking best time in six out of seven sessions. 16-year-old Vesti was in the lead in four sessions. He posted both the fastest lap of testing with a 1:23.649 and the second-best lap (1:23.661). Charles Weerts (17, Belgium, Van Amersfoort Racing), who achieved the third-best lap time of 1:23.717 minutes, was also quick. Liam Lawson (16, New Zealand, Van Amersfoort Racing) was the fastest on a wet track in the seventh and final session with a time of 1:40.576.

While the sun shone on Tuesday, Wednesday's rain presented drivers with a fresh challenge. Zendeli did best in the new conditions. "I was by far and away the fastest in the rain," he said with some satisfaction: "We were very quick initially on the dry track, but I was a little bit behind at times later on. Still, I think things will look different on race weekend and remain optimistic."

However, lap times were just one aspect of this round of testing at the Motorsport Arena as teams and drivers tested intensively, went through various scenarios and worked on finding the perfect set-up for the Oschersleben circuit. Starts, long runs and the simulation of qualifying were as well the focus of attention. The field of drivers showed a high standard and were evenly matched in every session with the newcomers also managing to keep up straightaway.

Fittipaldi Junior, for example, finished in the Top Ten in all seven sessions and posted consistent lap times. David Schumacher was also fast out on track. He finished up in the top group several times and was best rookie three times while Gianluca Petecof (15 Brazil, Prema Powerteam) and Joey Alders (18, Netherlands, Van Amersfoort Racing) each took that accolade twice.