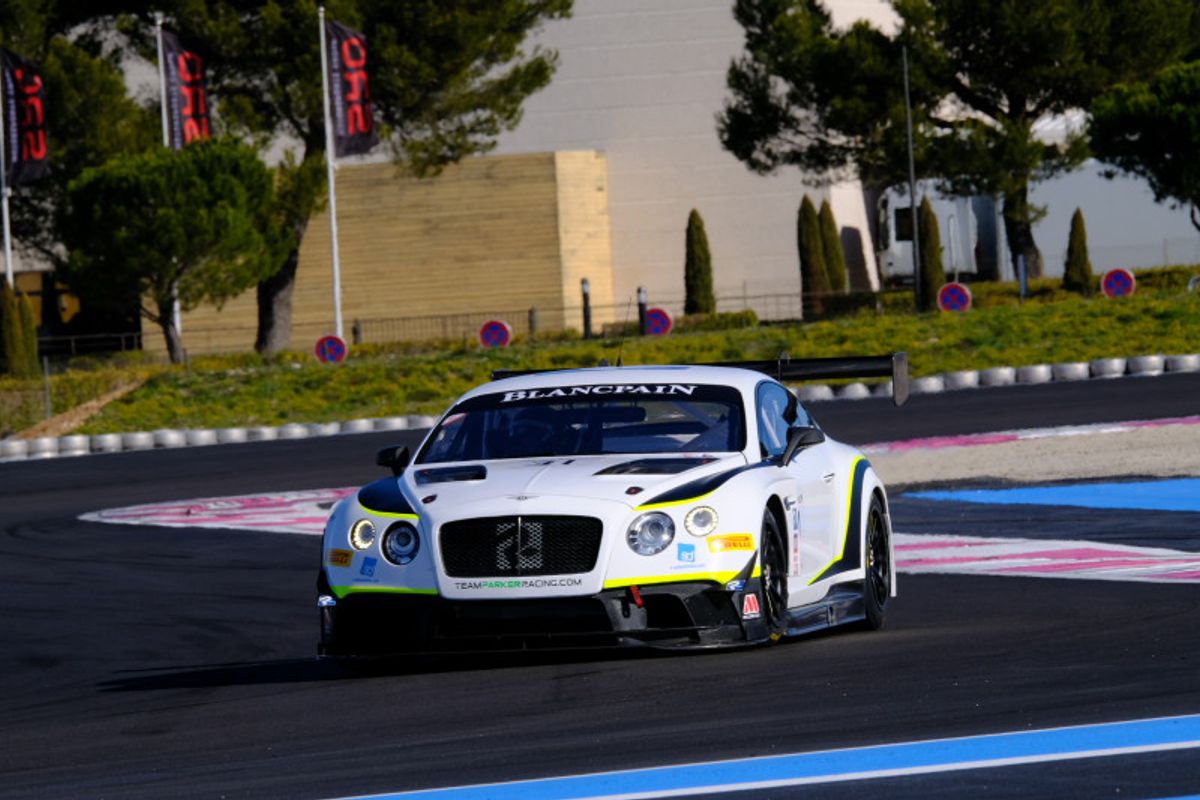 Newly signed Blancpain Sprint Cup racer Josh Caygill says he is looking forward to his debut in the pan-European championship more than he has in any other category, with a week to go until the opening round of the 2018 season at Zolder in Belgium.

Switching over to the Sprint Cup from the sister Blancpain Endurance Cup this year, his second full season in endurance racing, the 28-year-old will make his debut in the series on 7th/8th April at Zolder where he will campaign a Bentley Continental GT3.

Elated to have the opportunity to pilot a 500bhp Bentley this season, having raced an Audi R8 in the Endurance Cup last year, Caygill is determined to mount a major challenge from the outset with new team-mate Aron Taylor-Smith at Team Parker Racing.

“I’m genuinely more excited for this season than I have been at any point in my car racing career so far”, said Caygill, who is backed by a strong portfolio of sponsors headed by long-standing backers SMUK and LSS Waste, “It’s great to be teaming with a driver the quality of Aron and we both know the guys at Team Parker will give us a fantastic car.

“Everyone is well aware what an incredible piece of kit the Bentley Continental GT3 is, it’s a proven car at this level and the team know it really well having won British GT with Bentley last year and from also running it in Blancpain. Sprint Cup is a new challenge but I’m feeling confident going into the season, the racing is going to be fast and furious and I can’t wait for it to start.”

Caygill’s maiden test in the Bentley Continental GT3 came at Navarra in Spain earlier this year and he was instantly impressed with the pace, driveability and comfort behind the wheel. Gelling very well with Leicestershire squad Team Parker and former British Touring Car Championship race winner Taylor-Smith, Yorkshireman Caygill certainly has a spring in his step ahead of the opening round.

“Obviously none of us know exactly where we’ll all be until we get to Zolder and see how qualifying pans out, but we are quietly confident heading there”, he added, “If we can make a consistent start to the season and have a strong foundation to build on, I think we’ll all be very happy.

“In the Sprint Cup you’ve got the best of both worlds really, the strategy and driver changes of endurance racing but also short 60 minute races which are packed full of action. It’s looks like being an exciting year, hopefully we can make a strong impact at Zolder and take away some good points.”

Free practice for the Blancpain Sprint Cup at Zolder will take place next Friday, 6th April, with qualifying following at 09.15 (local time) on Saturday, 7th April, and the opening 60-minute contest starting at 15.25 (local time). On Sunday, 8th April, race two will begin at 13.30 (local time).