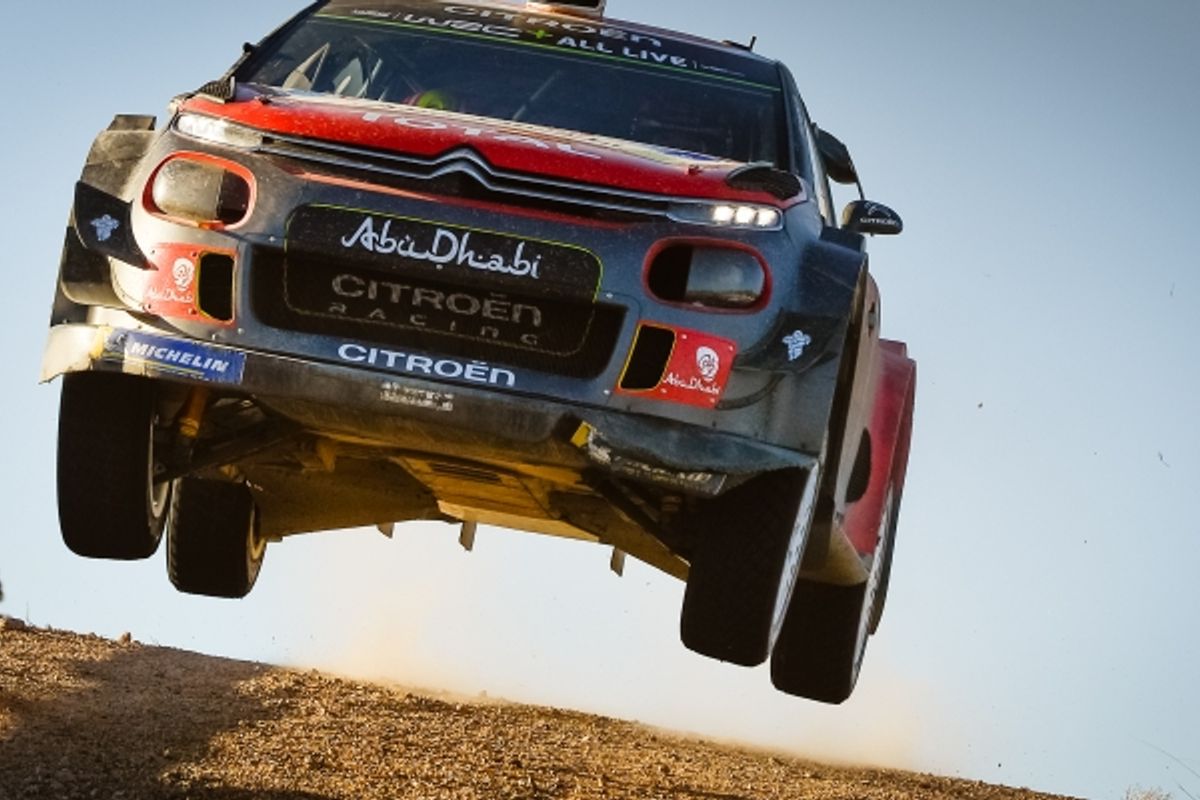 After two winter rallies and one on gravel, Citroën Total Abu Dhabi WRT is back on tarmac for its home round of the World Rally Championship. Kris Meeke – Paul Nagle and Sébastien Loeb – Daniel Elena, the latter crew making the second of their three scheduled appearances in the WRC this year, are determined to be among the frontrunners at one of the most iconic events on the calendar.

A TRIED AND TESTED DUO

With Kris Meeke – Paul Nagle, who led for long periods in last year's rally, and Sébastien Loeb – Daniel Elena, who have claimed four (2005 to 2008) of the brand's six wins at the event during its inclusion in the WRC, Citroën Total Abu Dhabi WRT is particularly well equipped to challenge at this, the 61st edition of the classic island race. The team has genuine hopes of winning in Corsica.

Until he retired last year, Kris Meeke had won three out of the five stages contested up to that point. Since then, he has also claimed a magnificent win at the 2017 Rally de Catalunya, which suggests that his C3 WRC is very fast on tarmac and that he is at one with the car on this surface. However, Sébastien Loeb will not be expecting to be left out. After his spectacular comeback last month at Rally Mexico, the nine-time World Rally Champion – whose last outing on full tarmac in the WRC goes back to the Rallye de France-Alsace 2013 – returns to Corsica and a surface that he loves driving on, and on which he has often enjoyed success in the past. He certainly didn't need any time to get used to the surface again during the test session held in Corsica last week. The test also enabled the team to assess its range of set-up options for the various types of surface encountered on the island's atypical roads.

The first full tarmac rally of the season, the Tour de Corse has often been dominated by specialists of the surface. Its technically-demanding stages call for finesse, precision and even a little virtuosity behind the wheel in order to get the absolute maximum from the tyres, without ruining them in the process.

Having not competed in Corsica since 2008, Sébastien's main concern will be refamiliarising himself with all the stages. In contrast, Kris Meeke and the other championship regulars are already familiar with around 36% of the itinerary, namely the opening stage, La Porta – Valle di Rostino (49.03km), Novella (17.39km) and around seven kilometres on Vero – Sarrola – Carcopino (55.17km), Sunday's heavyweight challenge. One of the special features of this year's Tour de Corse is the fact that 63% of the stages have been changed, with the introduction of brand new speed tests in Cap Corse and Désert des Agriates, located to the north and west of Bastia respectively. And with the rally held in early April on the hilly Mediterranean island, the weather may also have a role to play.

Pierre Budar, Citroën Racing Team Principal: "Following two consecutive podium finishes in Sweden and in Mexico, we are going to pull out all the stops in Corsica to secure our first win of the year. In any case, we have given ourselves every chance with a four-day test session in Corsica, which proved to be very positive. Having said all that, it's still a race – and one of the toughest on the WRC calendar at that – with many variables and uncertainties, especially with regards to the weather at this time of year.
But Kris and Paul proved last year that they have the ability to win here, and after their masterful display in Mexico, I don't see how Sébastien and Daniel won't be in the mix, especially at an event where they have always been impressive in the past."

Kris Meeke: "The Tour de Corse is one hell of a challenge, but I've always enjoyed racing here. We were very competitive here last year, although we have seen since the start of the season that everyone has made progress, so I hope we can still get among the frontrunners. Our pre-event tests, held on a wide variety of roads, were very productive. I get the feeling that we have progressed further on the dirty and bumpy sections. In any case, I came away from my test sessions pleased with the work done and I can't wait now to get started."

Sébastien Loeb: "Having recently driven the C3 WRC on gravel, I got my bearings very quickly during our tests in Corsica, even though the road surface was different. I started with Kris' basic set-up and settled on something very close to his settings pretty quickly, but which suited me. The feeling was pretty good at the end of the test days. We'll have to wait and see where we stand in relation to the rest of the field. After our performance in Mexico, I hope we will be on the pace again, especially as I've always been comfortable on tarmac, not least in Corsica. In any case, it's a place and an event that I have always enjoyed, even if it's certainly not the easiest rally. The roads are noticeably faster than when I last competed here, and there are still plenty of narrow, technical and bumpy stages, but they are all going to be new for me so it won't be easy to make pace notes for the entire route."

At an event known as ‘The Rally of 10,000 Corners’ due to the island's narrow, twisty roads, having two stages 49 - 55 kilometres in length represents a serious challenge. It is mainly during the recce that the task will be most difficult for the crews. They will need to take pace notes for a seemingly endless series of more than 600 corners, keeping the same level of concentration whilst driving at moderate speed for more than an hour at a time. In the race, the challenge will be to find the right pace immediately, and then maintain it until the end of the rally. To manage this, you need to adopt a driving style – and a set-up – that looks after the front tyres, or risk seeing the seconds inexorably slip away.