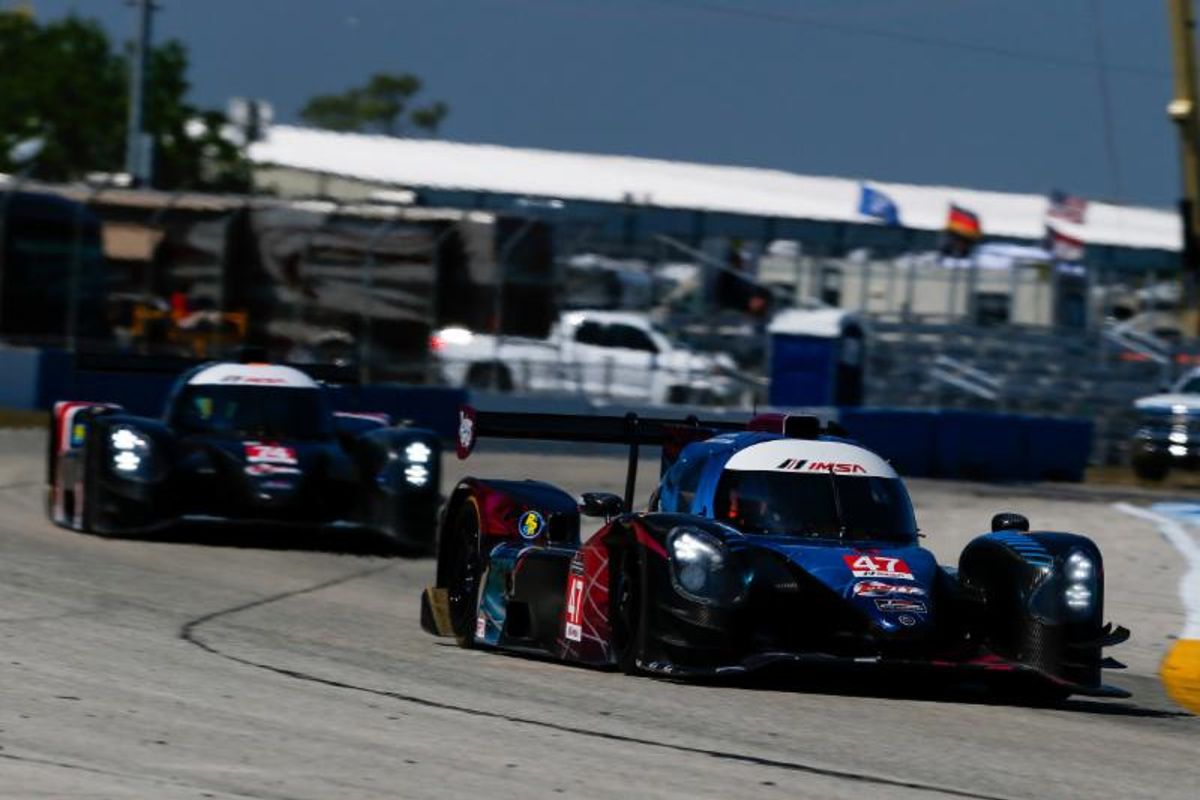 In just a few short months, the Millville, New Jersey-based organization has gone from a relative unknown to an emerging powerhouse in the LMP3 class, with aspirations of expanding further and one day, potentially, making the move to the IMSA WeatherTech SportsCar Championship.

“In some ways we just showed up, but in my mind, I feel like I’ve been here a long time,” said team owner Garrett Kletjian. “I’ve been involved in IMSA myself as a racer in Prototype Lites. I’ve been racing in and out for about 25 years.”

Two years ago, Kletjian retired from his full-time occupation in the construction business and decided to build a full-service trackside race support, fabrication and storage facility at New Jersey Motorsports Park, where he is one of the track’s owners.

“I started this with the intention of a multi-year plan to get back into racing,” Kletjian said. “Last year, we had the opportunity with the launch of the LMP3 cars in IMSA to get in on the ground floor. I’ve always liked prototypes, I’ve raced prototypes, so for me it was a no brainer about where we wanted to go.”

After supporting customers behind the scenes, including Tullman Walker Racing in the IMSA-sanctioned Ultra 94 Porsche GT3 Cup Challenge Canada by Yokohama, Forty7 Motorsports was born and made its debut in the IMSA Prototype Challenge Presented by Mazda at Lime Rock Park in July of 2017 with Kletjian behind the wheel.

“We ran a couple of races last year just because the car was new and we wanted to get a feel for it and how to engineer it,” he said. “We really wanted to put together a championship effort, and it all just fell together.”

Forty7 Motorsports burst onto the scene in the 2018 season opener at Daytona International Speedway, with Austin McCusker putting the team’s No. 47 Norma M30 on pole. He and co-driver David Droux ultimately finished second despite a slow pit stop in what was the series’ inaugural endurance race that required a pit stop for the first time in series history.
﻿
The team did not have much time to bask in its impressive season-opener though. Shortly after Daytona, Kletjian purchased a second Norma M30 and the five-person Forty7 Motorsports in-house team was tasked with building and upgrading equipment for two LMP3s at Sebring International Raceway, in addition to the Tullman Walker Racing entry that also would also compete in the Porsche GT3 Cup Challenge race that weekend.

The team added open-wheel standout TJ Fischer to the No. 47 lineup at Sebring with McCusker, and Fischer immediately went out and scored the team’s second consecutive pole to start the season. Fischer and McCusker went on to finish second and move the No. 47 team into first in the LMP3 standings.

The No. 74 Norma M30, meanwhile, qualified second with Anthony Simone at the wheel, but suffered a mechanical issue on the pit stop that ended the team’s day before co-driver Rodrigo Pflucker could take over. Simone and Pflucker will have a chance to redeem themselves at Barber Motorsports Park. The duo recently was announced as full-season co-drivers of the No. 74 thanks to a partnership between Forty7 Motorsports and Alianza Motorsports, named Forty7 Motorsports featuring Alianza.

With all four drivers confirmed for the season, Forty7 Motorsports is now in position to try and secure its first IMSA win and fulfill Kletjian’s vision of owning a championship team. With the team’s early success, Kletjian also is always looking for opportunities to expand the team further.

“I definitely keep my eyes open,” he said. “I’d love to add a third prototype car by the end of the year. We have the infrastructure for it and we can handle it, so why not?”

And as for potentially making the transition to the IMSA WeatherTech SportsCar Championship?

“It’s a big jump to go from LMP3 to LMP2, but if the right situation presented itself, I definitely would like to,” Kletjian added. “I definitely don’t want to move to WeatherTech and leave LMP3 behind. I really like it and you can run an LMP3 car anywhere in the world.

“It’s something that’s always in the back of my mind that I’d like to do in the next two to three years.”