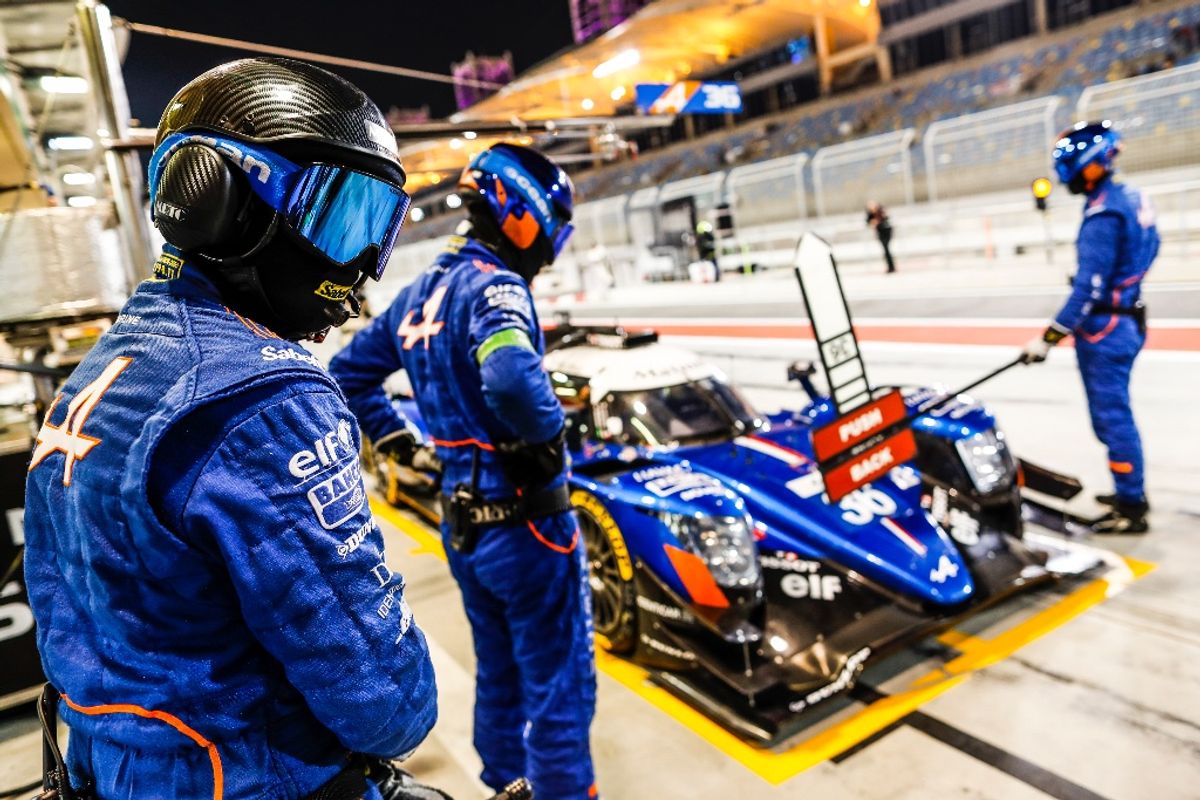 A month before racing gets under way at Spa-Francorchamps, the FIA World Endurance Championship (WEC) teams will meet at the Circuit Paul Ricard on 6-7 April for the official pre-season test.

The Signatech Alpine Matmut team will be in action with the no.36 Alpine A470 and its crew, featuring the drivers Nicolas Lapierre, André Negrão and Pierre Thiriet.
In order to fine-tune their preparations for the new season, Negrão and Thiriet will also be taking part in the 4 Hours of Le Castellet, the opening round of the ELMS.

The season really gets kicks off this weekend with the FIA World Endurance Championship (WEC) Official Prologue, which returns to the Circuit Paul Ricard after having been held at Monza last year.

This full-scale dress rehearsal is adopting an innovative format this year, with just one session… lasting a mammoth thirty hours on 6-7 April! The idea is that this will enable the teams to run very long race simulations.

The Signatech Alpine Matmut team will be taking part in the test at the circuit with the no.36 Alpine A470 competing in the LMP2 category. This session will conclude the team's off-season work, which has included private testing held at the Spanish racetrack, Motorland Aragón.

Although the definition of the Alpine A470 remains unchanged from the 2017 season, the technical team focused on assessing the new range of Dunlop tyres. Emphasis was also placed on the preparations of Pierre Thiriet, who joins Nicolas Lapierre and André Negrão to form the 2018 driver line-up.

After the Prologue, Signatech Alpine Matmut will not be away from the Circuit Paul Ricard for very long. On 13-15 April, the team will be back at the track to compete in the opening round of the European Le Mans Series, a championship that Alpine won in 2013 and 2014. The crew will consist only of André Negrão and Pierre Thiriet for the race, as Nicolas Lapierre has other commitments that weekend. The 4 Hours of Le Castellet is due to get underway on Sunday 15 April at 12pm.

Philippe Sinault, Signatech Alpine Matmut Team Principal
"After a long off-season, we are all delighted to return to the Circuit Paul Ricard, the traditional venue for the FIA WEC prologue. The test is always highly anticipated throughout the paddock: this is when we get to see the new crews, the new liveries and so on. All of a sudden, the pressure is cranked up a notch as the start of the season draws closer. We have worked well during our private test sessions, both in terms of incorporating Pierre Thiriet in the team and as regards assessing the new Dunlop tyres. The LMP2 category looks set to be even more open this season, with new chassis and tyre manufacturers. We decided to take part in the 4 Hours of Le Castellet in order to give ourselves another opportunity to prepare for the coming season, for which the race calendar has undergone extensive changes. With only five WEC races in 2018, each round will be even more important than before."