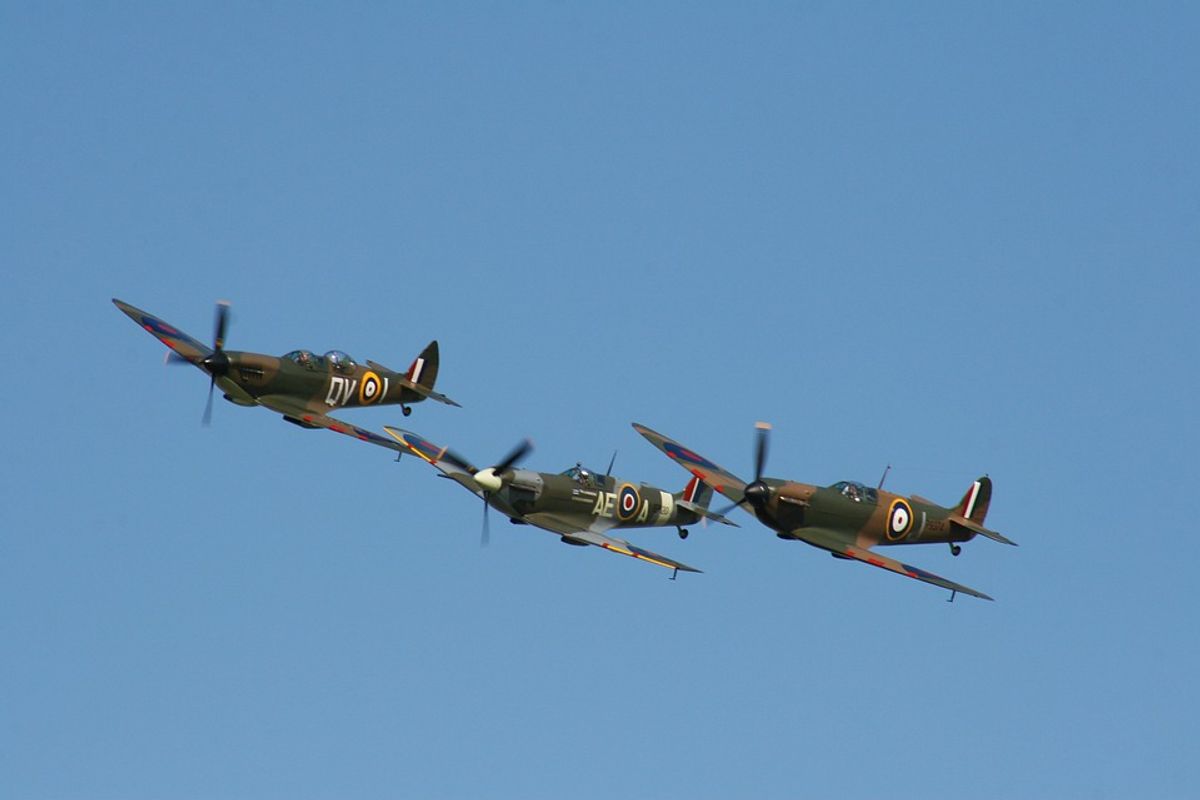 It’s eyes to the skies at Donington Park on Saturday May 5, when a Spitfire and Hurricane from the Royal Air Force Battle of Britain Memorial Flight (BBMF) will treat DHF visitors to a flypast.

20,341 Spitfires were built in 22 different variants and the aircraft remained in production for 12 years. The development potential of the original design allowed the Spitfire to establish and then maintain the air superiority so vital to the defence of Britain and to keep pace with the improvements in performance of enemy fighters throughout World War Two. The Supermarine Spitfire played a major part in achieving ultimate victory in the War and truly deserves its place as probably the most successful fighter design ever, and certainly as the most famous and charismatic of all time.

And necks will be craning again on Sunday, May 6, when the BBMF Dakota – a rather larger aircraft – flies over the event.

IN FOCUS: 'MAD JACK' FOR PRE-WAR SPORTS CARS AT DHF 2018
Motor Racing Legends always attracts some incredible machines for this race, which is named after Richard 'Mad Jack' Shuttleworth, daredevil aviator, winner of the first-ever Donington Park Grand Prix (1935) and a fascinating character. You've got to love a gentleman who decides to take up motorsport so buys a Bugatti Type 51 and wins the Brighton Speed Trials with it.

Some of the cars in this grid are close to 100 years old and the drivers take them gingerly round the track, in a nice, stately procession - not! These sprightly motor cars are as keen to race as they were decades ago, and it's an amazing sight to see them battling against each other round Donington Park.
Watch them in qualifying at 3.10pm on Friday May 4 and settle back with a bacon roll and a coffee at 9.45am on Sunday May 6 and enjoy the spectacle that will unfold for the 40-minute race.

Richard Shuttleworth died in 1944, aged just 31, when the RAF Fairey Battle bomber he was piloting crashed in Oxfordshire during night flying practice. It is fitting that as the Royal Air Force celebrates its 100th anniversary this year, we celebrate him with a race he would have thoroughly approved of and, of course, with the BBMF flypasts.

ADVANCE DISCOUNTED TICKETS
Online tickets offer great discounts over buying on the gate, starting at £10 for the Friday qualifying day (£15 on the gate). Children aged under 13 are admitted for free and there are discounted tickets for teenagers aged 13-15.  Car parking is free, and owners of pre-1990 classics who are not attending with one of the registered clubs can request a free infield display parking pass when they book their tickets.