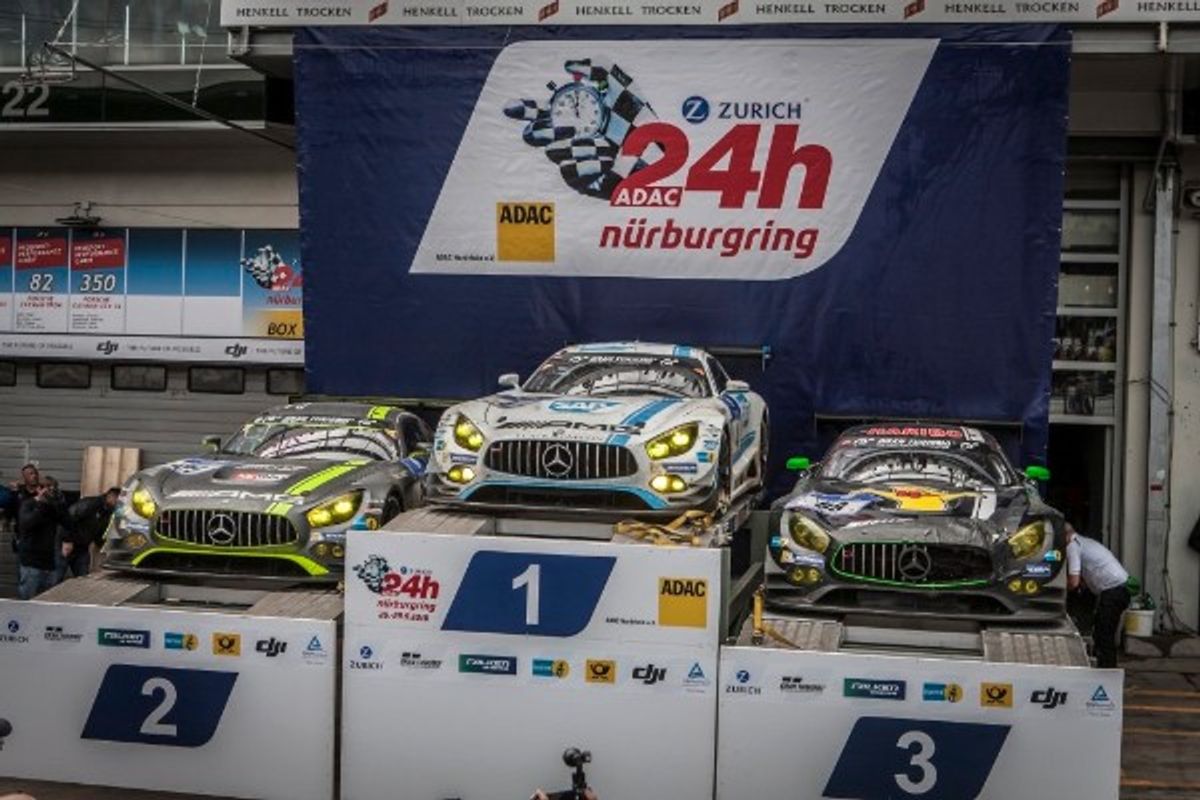 Adam Christodoulou is set to return to Nurburgring this weekend to start his campaign in the Mercedes AMG GT3 and mark the start of his third year as an official Mercedes AMG driver.

The 2018 season will see Adam start in the VLN Endurance Championship (6-7th April), before attempting to repeat 2016’s victory and make history as the first British driver to take 1st on the podium twice in the prestigious Nurburgring 24 hour (12-13th May) with Team Black Falcon.

Adam is eagerly anticipating his return to the notorious and challenging 25km Nordschleife track, known as Green Hell;

“It’s important to make a good start to the year and I’m excited to be back at the Nurburgring, it’s been a long winter away, while we have been resting and preparing the track has been worked on to improve certain sections, so I’m looking forward to seeing what’s changed.

‘I’ve been lucky enough to have already competed in two major races this year, both the Daytona 24 hrs and Dubai 24hrs but I’m really looking forward to starting the European season and what a better place to begin than the Nurburgring which I think is the best track in the world.

The Nurburgring is unpredictable by nature and always a challenge, strategy will be key to make sure we get that all important podium in the first two races to secure a top 30 place in the 24 hour qualifying, you just never know what you’re going to get thrown – it would be great to get a dry race but I doubt the weather will be that kind.”

With increased competition from manufacturers its expected there will be over 150 cars on the start line, with a minimum of 40 GT3 cars meaning total commitment to the track will be required at all times. Adam, however, is optimistic that with three years knowledge and experience behind the car and the circuit this is the team’s best opportunity to fight for the podium.

Adam will be partenering up with his 2016 Nurbugring winning team mates Maro Engel (GER), Manuel Metzger (GER) plus new addition to the line up Dirk Muller (GER) in the team line up in their bid for the 24 hour title.