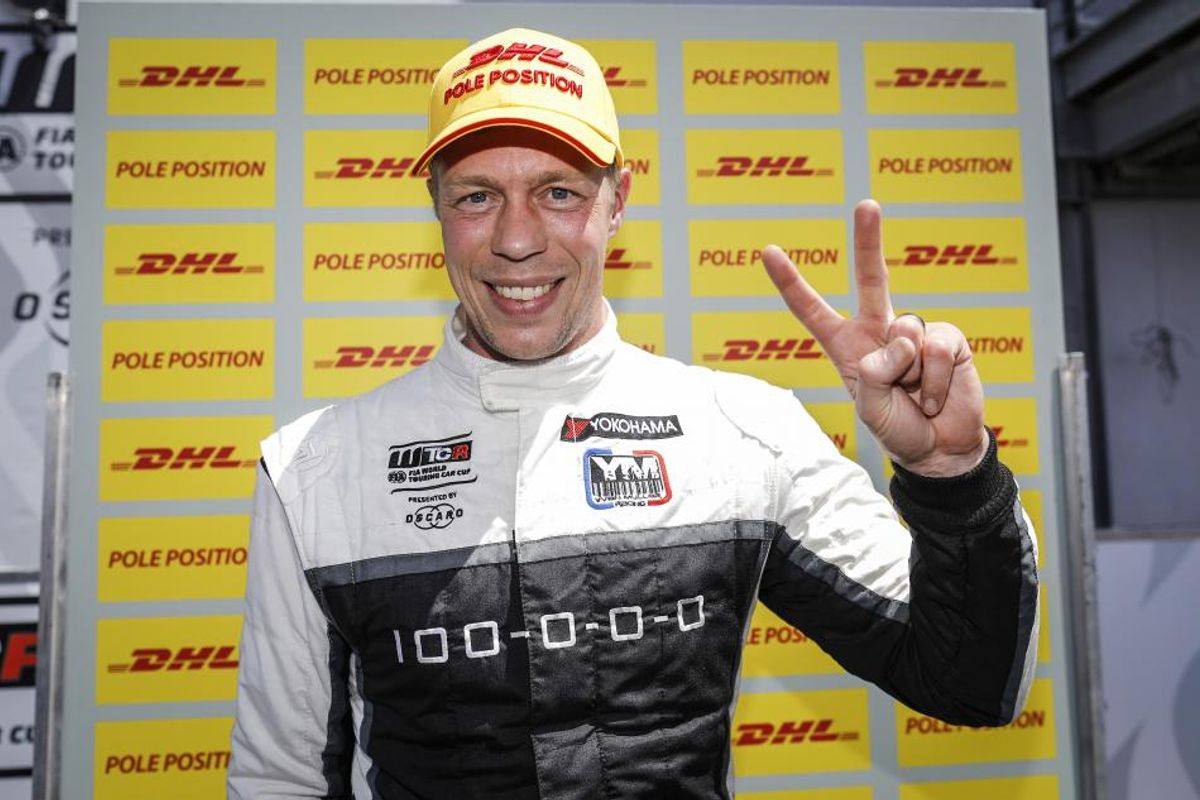 Thed Björk grabbed a spectacular DHL Pole Position in the first qualifying session at WTCR AFRIQUIA Race of Morocco today as the all-new WTCR – FIA World Touring Car Cup presented by OSCARO prepares for what promises to be a thrilling first race in Marrakech.

The sun finally dried the 2.90-kilometre Circuit Moulay El Hassan after two damp practice sessions in the morning, offering not only quicker track times but a step into the unknown for the packed 25-car entry.

Italian veteran Gabriele Tarquini established the early pace for BRC Racing Team, but it was team-mate Norbert Michelisz who was on top of the timesheets when his Hyundai i30 N TCR suffered a brief engine fire and dropped oil on to the circuit with 17 of the 40 minutes left to run, forcing a red-flag stoppage.

The failure was a huge blow for the Hungarian, who had already endured an electrical problem in the second free practice session. If the team has to change his engine for the historic first WTCR ORSCARO race, which is due to begin at 17h00 local time, he will start from the back.

The session restarted, with YMR Racing's Björk reporting oil on the circuit at Turn 3 where Michelisz’s failure had occurred. The question at this stage was whether the spillage would prevent anyone from beating the stricken Michelisz’s own benchmark. The answer would come from Björk himself with just four minutes remaining when the Swede beat Michelisz’s time with a 1m24.698s.

“It feels fantastic to start this way,” said a delighted Björk. “I’m enjoying coming out to drive again. It’s a challenge with so many cars on the track, but I’ve got a good car from Gabriele [Tarquini] after testing and it just works.”

No one else could better Michelisz’s time, making Björk’s effort all the more impressive. Tarquini remained third, which could at least become a front-row starting position depending on his team-mate's fate.

Jean-Karl Vernay was another to improve late in the session, jumping up to an impressive fourth in his Audi Sport Leopard Lukoil Team Audi RS 3 LMS. He edged out Briton Rob Huff in his Sébastien Loeb Racing Volkswagen Golf GTI TCR.

Local hero Mehdi Bennani will start race one inside the top 10 after going ninth fastest in his Volkswagen Golf GTI TCR, while tin-top veterans Yvan Müller and James Thompson were P10 and P11 respectively on their returns to racing.

Müller will surely expect to move up the field once the action begins later this afternoon, but with his own team's YMR car on the DHL pole in the hands of Björk he could have something to smile about, whatever his own outcome.