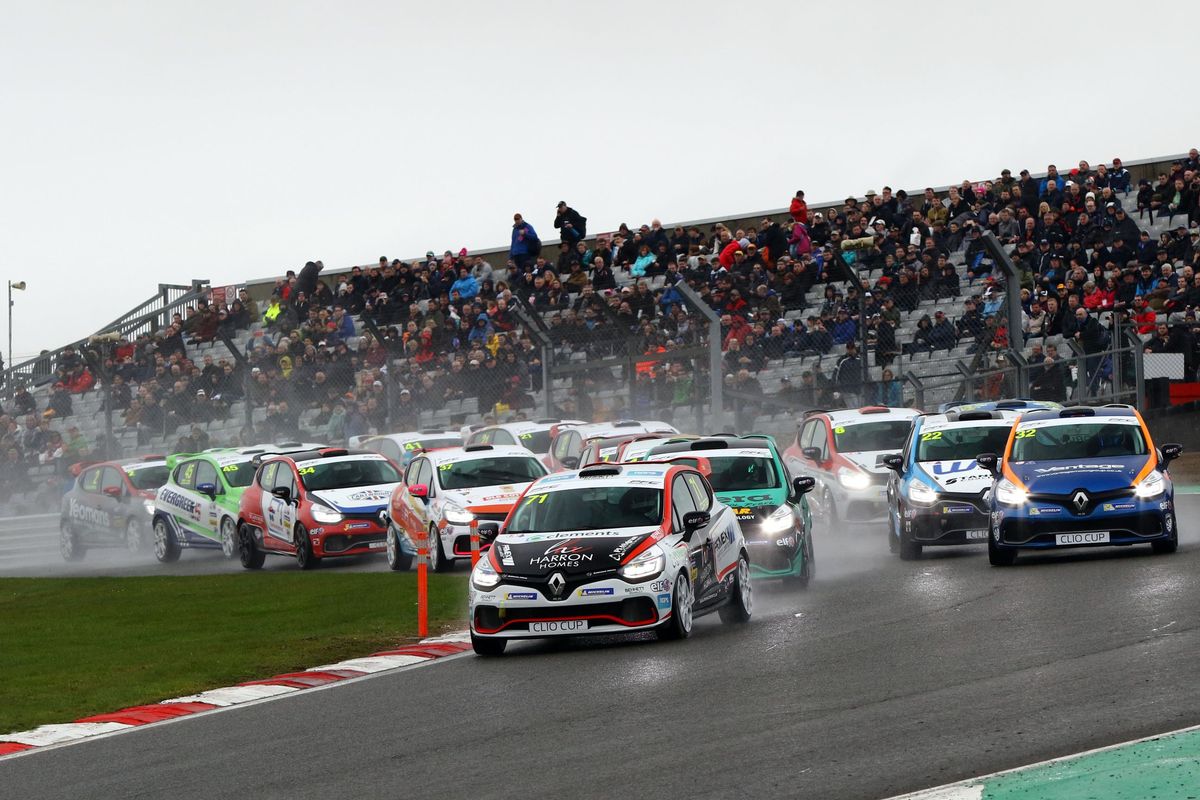 Paul Rivett (Epsom Downs) and Max Coates (Scorton) shared the wins in the weekend’s opening two Renault UK Clio Cup rounds of 2018 at Brands Hatch. Rivett it is who leaves the Kent circuit with the early championship lead as the title race now heads to Donington Park in Leicestershire for its next two rounds (Sat 28/Sun 29 April).

Three-time Champion Rivett, driving for WDE Motorsport, took a classy victory in Saturday’s race at Brands Hatch but only after he and Team Pyro’s Coates had tangled while fighting for the lead.

Coates came off second best with damage to his car’s steering and, despite his best efforts, was unable to prevent Westbourne Motorsport’s James Colburn (Worthing) and Pyro team-mate Daniel Rowbottom (Kidderminster) from sneaking by into second and third places near the end.

Coates though was the clear winner of a wet race two – held on Sunday and broadcast live on ITV4. He took the lead at the start and from there was never headed as Rivett, recovering from early dramas, and Jack McCarthy (Bromley) completed the podium. McCarthy, not long since turned 17, had started the race from pole position – the youngest driver in Clio Cup history to do so…

Leaving Brands Hatch, Rivett leads the standings by a mere three points from Coates. Third is newcomer Michael Epps (Hemel Hempstead) who impressed on his and the Matrix Motorsport team’s debut weekend in the championship.

Others to shine at Brands Hatch included WDE’s Sam Osborne (Worksop) – in the fight for podium results in both races after career-best qualifying results of third and fourth. Out of a car for six months, Jade Edwards (Northampton) took a gritty ninth place in Saturday’s race for the small MRM squad and 16-year-olds Bradley Burns (Farnham) and Zak Fulk (Guildford) both dazzled with their pace in today’s wet encounter – the latter setting the race’s fastest lap.

Burns has taken the early lead in the Graduates Cup class for younger drivers but there is a tie at the top in the Entrants Trophy between WDE and Pyro.