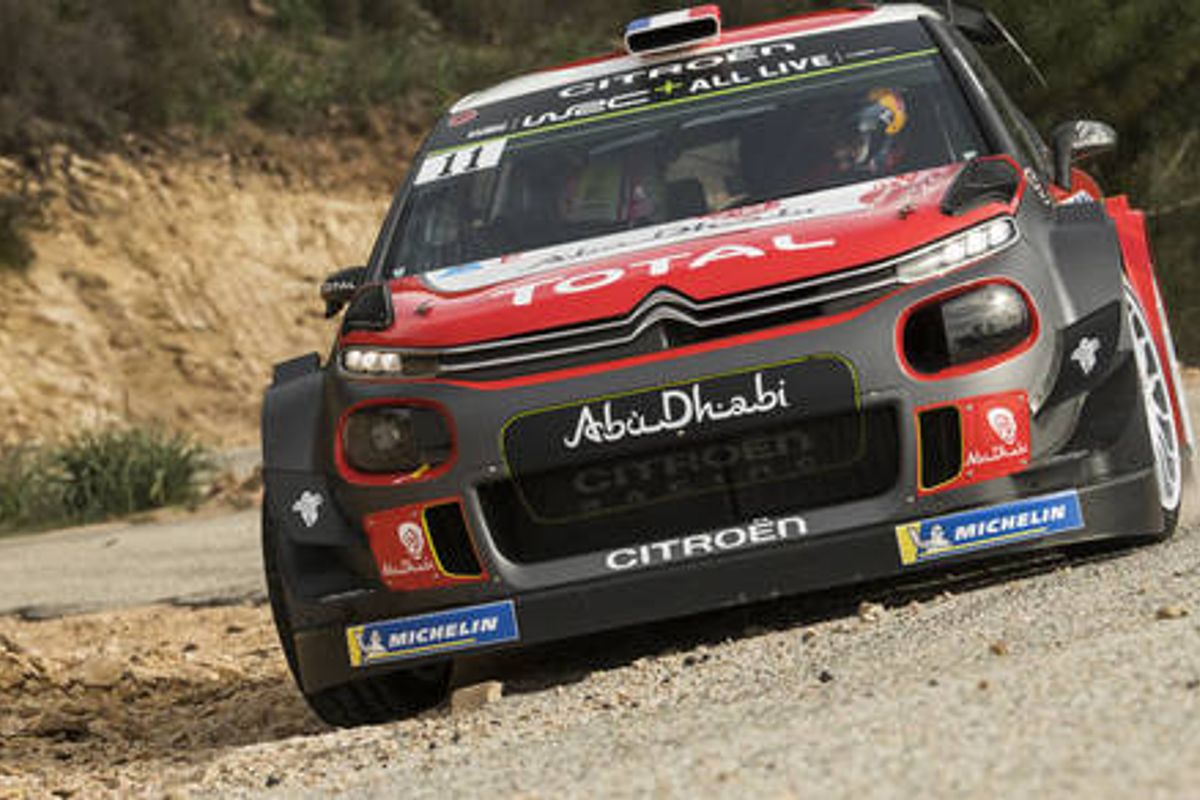 Frenchman back on a plane ahead of first World Rallycross race of season in Spain.

When Sébastien Loeb retired from the FIA World Rally Championship, one of his primary goals was to enjoy more time at home.

Family and friends would finally come ahead of global glory and life alongside an airport luggage carousel.

But just minutes after his debrief as a Citroën Racing driver in WRC - where he finished 14th - Loeb jumped on a flight out of Corsica bound for Paris landing just in time for a briefing as Team Peugeot Total’s lead driver in the 2018 FIA World Rallycross Championship.

Here is Loeb’s upcoming week in his words...

Sunday: “Corsica was frustrating. Of course I was happy to be in the fight and to set some fastest times, but, like the previous rally in Mexico, it could have been more. That’s it. We cannot change what happened. Now it’s rallycross. And I would also say it’s a bit of a shame that I can’t stay in Bastia with my friends who came for the rally - to relax a little bit and enjoy this time.”

Monday: “After I land in Paris on Sunday night, we have a shakedown test with the Peugeot. It’s good that the cars aren’t so different to drive this year, so I don’t expect any problems making the change from the WRC car to the WRX car."

Tuesday: “This is when we are getting more ready for Barcelona with a test at a rallycross track in the west of France. The driving style on the rallycross track is similar to rallying and the cars are also similar: the Citroen C3 WRC and Peugeot 208 Supercar both have a lot of power and they’re four-wheel drive. I’m not sure if it really helps my preparation for Barcelona to have competed in Corsica as the tyres in rallycross are quite different - they’re softer and more reactive.”

Wednesday and Thursday: “These are the times when I can be at home. It’s not for long. It’s been really busy recently. I did Rally Mexico, came home and went to the UK for a race at Silverstone, then I had a test in Corsica, the WRX launch and test back in Silverstone then back to Corsica for the recce. After the first WRX race the tempo is a bit more normal - I go back to being just a rallycross driver. On Thursday night, I take my Peugeot bag with all my Peugeot kit and get ready for the airport again early the next morning.”

Friday: “I fly to Barcelona, land there and head straight to the circuit for the preparation and the media work, and then get ready to start practice and qualifying the next morning.”

Saturday: “It’s the start of the first round of FIA World Rallycross. It’s good to be back. I love rallying, but the sensation on the start line with five other cars around you in rallycross is so intense."