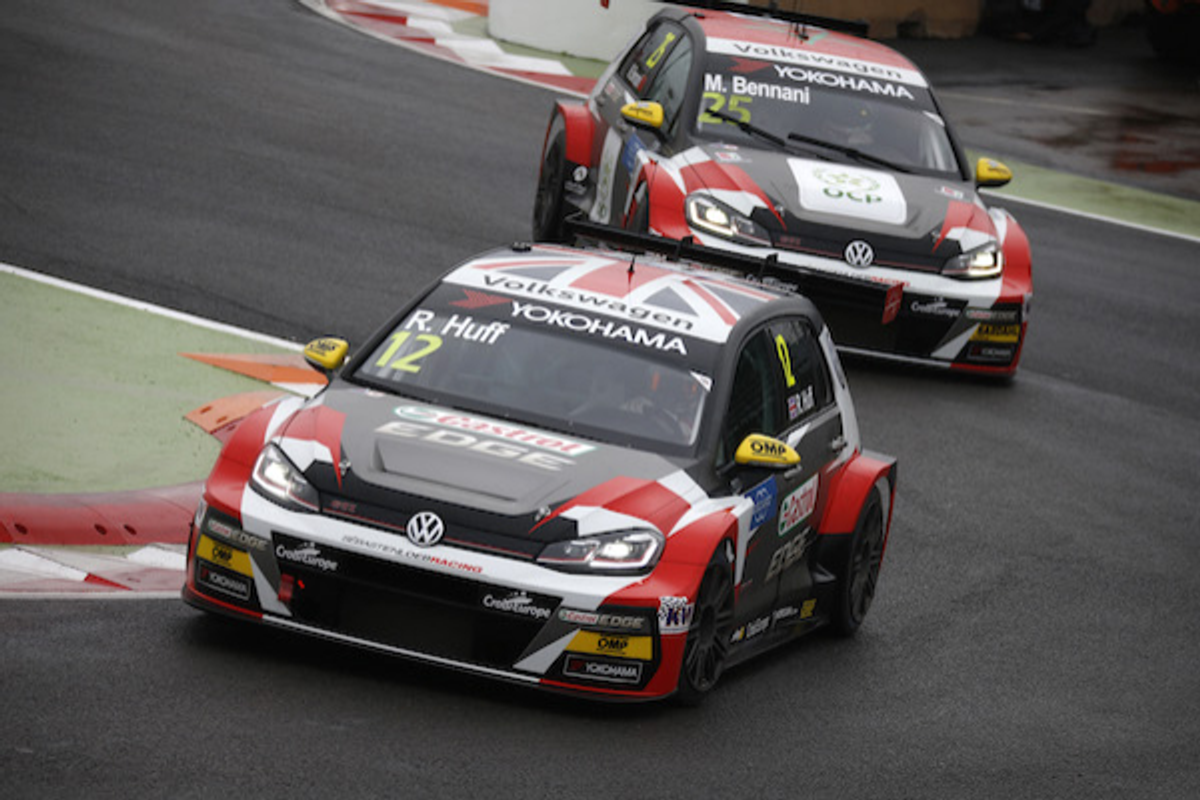 Sébastien Loeb Racing, with drivers Mehdi Bennani and Rob Huff, kicked off the new FIA World Touring Car Cup era with a pair of podium finishes around the streets of Marrakech, Morocco (7-8 April).

Running the Volkswagen Golf GTI TCR, the French squad come away from the Circuit Moulay El Hassan sitting third in the teams’ standings, after scoring five points finishes out of six, with Bennani fifth and Huff seventh in the Drivers’ Championship.

Starting the 2018 season at his home event, Bennani lined up ninth on the grid for the opening race. The multiple WTCC race-winner stormed through to fifth at the start, which he held until the chequered flag.

Making his debut with the Sébastien Loeb Racing team, Huff secured a strong fifth place in the first qualifying session. Like his team-mate, the British driver also had a good start in race one, getting up to third on the opening lap and showing strong pace on his way to a debut FIA WTCR OSCARO podium.

For race two, Bennani shot up to second from fourth on the grid, but with overtaking around the 1.83-mile circuit proving difficult, the 34-year-old had to settle for second, just eight-tenths behind the winner.

Huff held onto his starting position of fifth for the opening laps of Sunday’s first race, before a front-right tyre puncture caused by on-track debris forced him into the pits and out of contention.

Lining up sixth and seventh on the race three grid, Huff lost out to Bennani on the start and the two ran nose-to-tail throughout. The 2012 WTCC champion was unable to make a move though, with the two coming home sixth and seventh.

Next WTCR round for the Sébastien Loeb Racing team will be the Race of Hungary in Budapest (28-29 April).

“I am happy with Sunday’s performance here, we had some great battles, the car was nice to drive, and was on the pace in both races,” Mehdi Bennani said. “The field is quite tight, and I am delighted to get second position in Marrakech. This result is a thank you to all the people who support me! Sébastien Loeb Racing and Volkswagen Motorsport have done a great job and we have evolved with the car throughout free practice and during the races. This is a great start to the season and is promising for the rest of the 2018 campaign. Now we need to analyse all the data gathered this weekend as we prepare for Hungary.”

“The weekend started fantastically yesterday with a good qualifying and podium finish,” Rob Huff said. “That continued today with another strong quali, but we were unfortunate with the puncture in race two and lost some good points. I had a slightly slow start in the final race and wanted to be careful with my team-mate next to me. I was really impressed with the team and how they work, so now we can look forward to coming back even stronger in Budapest.”

"This was a good start to the season for us with two podiums out of three races,” added team co-founder Dominique Heintz. “I am really satisfied with our drivers’ performances, they managed to get our Volkswagen Golf GTI TCR to the front in every session. We knew that Rob was one of the best touring car drivers in the world and we have known Mehdi's talent and skills since we started working together in 2015. To see them race closely as proper team-mates throughout the weekend is very satisfying, and to cap it off they scored fantastic podiums. We can be proud of the team’s work in Marrakech in this new and highly competitive championship.”