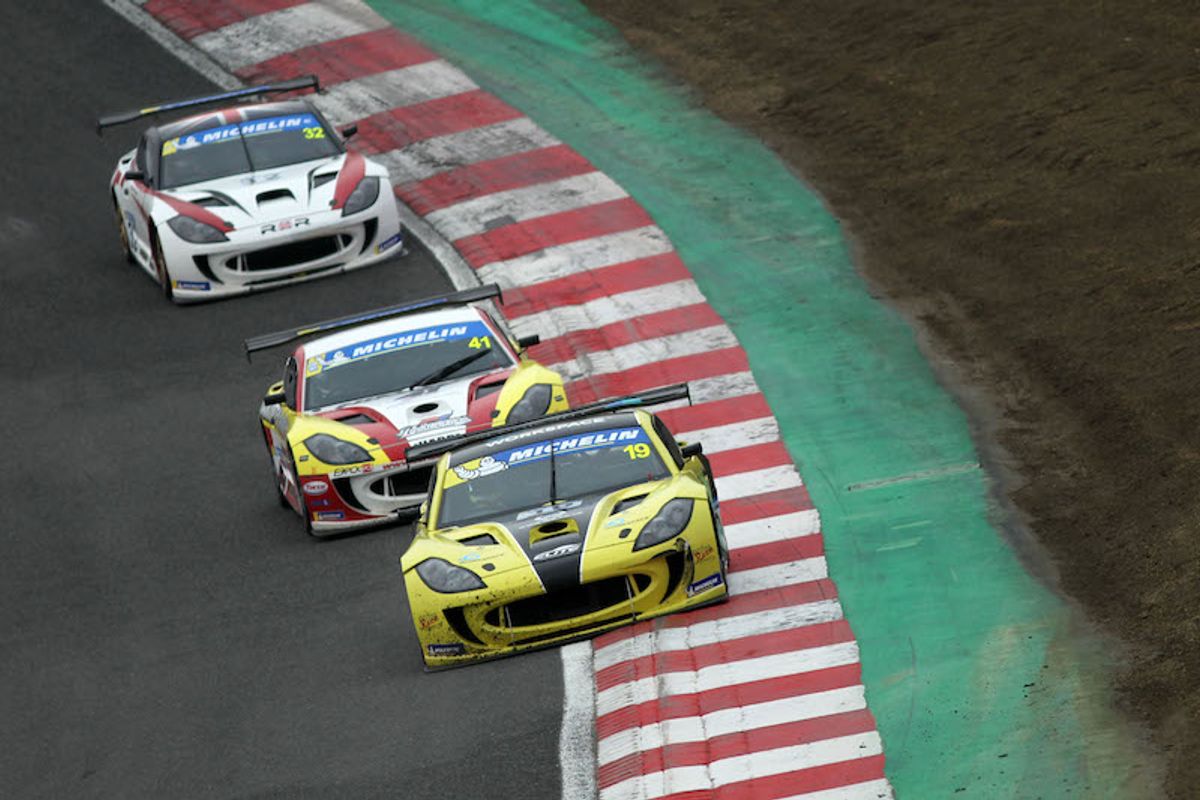 Harry King enjoyed a fine start to life in the Michelin Ginetta GT4 Supercup with a brace of podium finishes in the opening meeting of the season at Brands Hatch.

The 17-year-old from Holyport made the trip to the Kent circuit keen to show his potential on his first outing in the series, having made the step up from the Ginetta Junior Championship with his Elite Motorsport team over the winter.

Having been right on the pace during Friday testing, where he ended up just 0.001secs away from top spot, qualifying on Saturday morning would prove to be a frustrating session for Harry as he had to settle for sixth on the grid.

Making a solid start when the lights went out, Harry’s hopes of making up places were brought to an abrupt end when an accident forced officials to bring out the Red Flag, with the grid then reforming for the restart.

A strong start after the race finally got underway saw Harry quickly move his way into the top three and he would remain in third throughout to secure a podium finish on his first outing in the series.

With a wet circuit greeting the drivers for race two, Harry was faced with a fresh challenge and a difficult start saw him slip back to sixth place when he struggled to get the car away from the line on his first wet start.

However, it didn’t take long for Harry to master the conditions and by the time the Safety Car was deployed on lap six, he had climbed back up into third place.

Again showing strong pace, Harry repeated his result from race two and then looked well set for a fairytale win in the final race of the weekend when a great start saw him rocket into the lead on the opening lap.

Sadly, Harry was deemed to have rolled forwards slightly before the lights went out and was handed a ten second time penalty that meant, despite leading the field for the entire 26 lap encounter, he would be classified in seventh place.

Despite that, Harry ends the weekend third in the championship standings ahead of the second round of the year at Donington Park later this month.

“Qualifying was tough but I think we fought back well from it in the first race,” he said. “I got away well and then made a good move to take third at Druids and that was what ultimately decided the race for me. We were quick and consistent and to get a podium finish was a great result.

“In race two, my inexperience at the start meant I struggled off the line and I then used the next few laps learning about the car in those conditions as we hadn’t done any testing in the wet. The team got the set-up bang on, but by the time I was comfortable with the car it was a little too late to catch the front pair.

“The final race was unfortunate as the car rolled ever so slightly prior to the lights going out which meant I was given a time penalty. I didn’t know that and having got to the front by the second corner, I just focused on driving well without making any mistakes and tried to break away from the car behind, which I did. Of course the end result is disappointing, but we made a clear mark of our intentions for this season against the returning drivers.

“The team has coped with the step up to the Supercup incredibly well and have exceeded my expectations. The car is