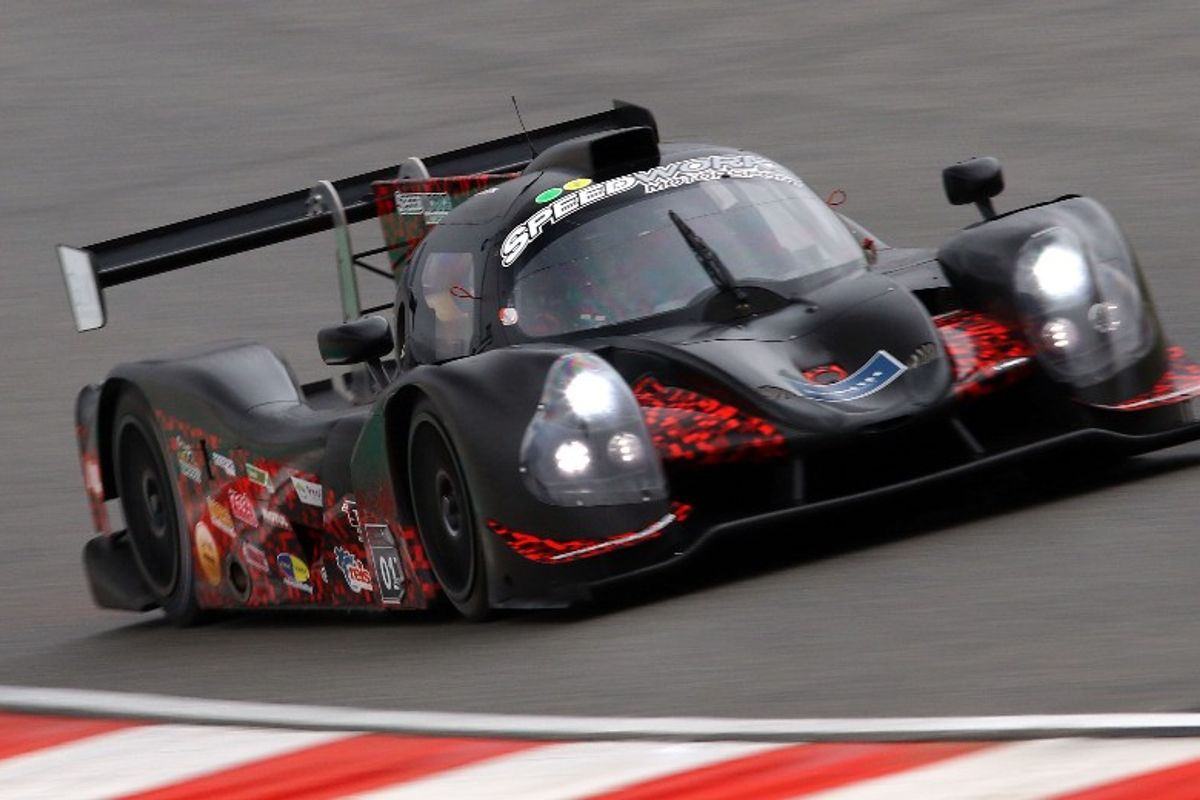 A regular race-winner in both sportscar and touring car circles, Speedworks will embark upon its sophomore campaign in the fiercely-disputed LMP3 Cup Championship as arguably the in-form team, having won the final round of 2017 with an inspired solo effort from 22-year-old single-seater convert Butel. Underscoring its credentials, the squad subsequently snared a brace of class victories and overall podium finishes in the 24H Proto Series curtain-raiser in Dubai at the start of this year.

The Northwich, Cheshire-based outfit is now bidding to maintain that burgeoning momentum, with Paul set to join rising star Butel. The Surrey-based ace first made his name with a successful stint in Caterhams, before taking a lengthy break from the sport. He returned to the track last season in the GT Cup, piloting a Ginetta G55 in Group GTA and quickly blowing away the cobwebs with 14 wins and eight pole positions in a dominant display.

His sparkling results similarly secured Paul the runner-up spoils in the overall GT Cup standings, and more recently he finished fourth in-class in January’s 24H Dubai, only denied victory by engine issues. Having previously tried out a Ligier JS P3 in testing – setting competitive lap times – he is looking forward to racing the five-litre, 420bhp sports prototype on the first rung of the Le Mans Prototype (LMP) ladder.

“I’m tremendously excited to be joining Speedworks Motorsport for my first crack at the LMP3 Cup Championship,” Paul enthused. “Last year marked a successful competitive comeback for me in the GT Cup, and it was good to see that I wasn’t too race-rusty on my return to the cockpit. To win the Group GTA title and finish second overall certainly exceeded my expectations.

“Now, I firmly intend to build upon the results achieved in 2017 as I step up a level to the LMP3 Cup Championship, and in Speedworks, I will be racing for a team with a proven pedigree in the series and the endurance racing world in general. I am under no illusions about the size of the challenge I will be facing, but I have an excellent team-mate in Jack and the Ligier JS P3 is a truly incredible piece of kit, so I am ready to push my limits. I loved driving the car when I tested it.

“I will take the season round-by-round and as long as I demonstrate consistent progress, I will be happy with my performance. Ultimately, the aim is to help Speedworks to secure more sportscar silverware, and I can’t wait to get going. Roll on Donington Park!”

The Leicestershire circuit – scene of Speedworks’ breakthrough LMP3 Cup Championship triumph last September – will host the fast-approaching opening round of 2018 on 21/22 April, after which the series will visit Brands Hatch, Spa-Francorchamps and Snetterton before returning to Donington and concluding at the celebrated ‘Home of British Motor Racing’, Silverstone.

Should the programme prove to be a success, Speedworks Team Principal Christian Dick reveals that the plan is to branch out into Europe later in the campaign.

“We are delighted to welcome Dominic to the team,” he acknowledged. “To do what he did last year – particularly after so long away from the cockpit – was quite simply astonishing. He didn’t just win Group GTA in the GT Cup, he absolutely dominated it and we are all very excited to see what he can achieve behind the wheel of the Ligier.

“We are confident that in Jack and Dominic, we have a pairing that can vie for regular race wins and mount a proper championship bid, which is the target we have set ourselves this season. We are also evaluating a partial assault on the Michelin Le Mans Cup, which would be an excellent addition to both drivers’ CVs and I believe they are ready for the challenge. For now, though, all our sights are set on Donington Park later this month – and the top step of that LMP3 Cup podium.”