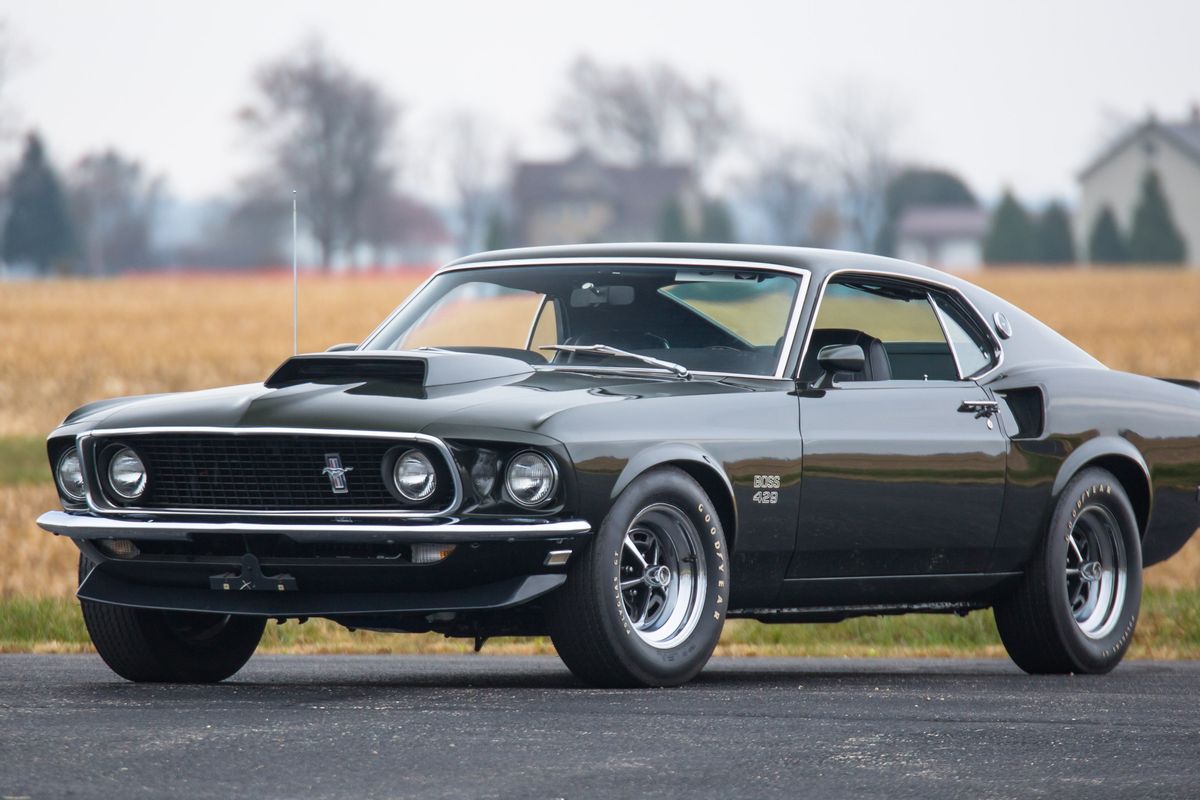 Previously part of a private collection from Mississippi

Seldom do you find a 49-year-old car that has only changed hands three times; but that’s the case with this 1969 Boss 429, KK No. 1480, first delivered to its original owner from Tennessee’s Bob Bales Ford in 1969, and later, to a collector in Mississippi, who maintained the original-paint, original-interior Mustang in a climate-controlled environment.

Driven a mere 14,389 miles and still riding on its factory-supplied Goodyear Polyglas tires, the Black Jade Boss 429 has been out of circulation since the Carter administration. In addition to the low mileage and well-preserved factory paint and interior, production information indicates that this Boss 429 could have been the last example to receive the 820-S engine, as installed in the earliest Boss 429s on the Kar Kraft assembly line. The “S-code” powerplant came with a hydraulic camshaft, magnesium valve covers and heavy-duty connecting rods with 1/2-inch bolts before production switched to the later and more common 820-T engine with mechanical camshaft, aluminum valve covers and lighter rods. Of the 859 Boss 429s built for 1969, only 279 had the S-code engine.

Because the Boss 429 engine was too wide for the Mustang engine compartment, Ford enlisted its in-house performance shop, Kar Kraft, for the engine installation, which included modifying the shock towers. With only 1,359 produced during the 1969 and 1970 model years, an unrestored original like KK No. 1480 ranks among the most coveted of all muscle cars and is documented with the build sheet, owner's manual and owner's card.