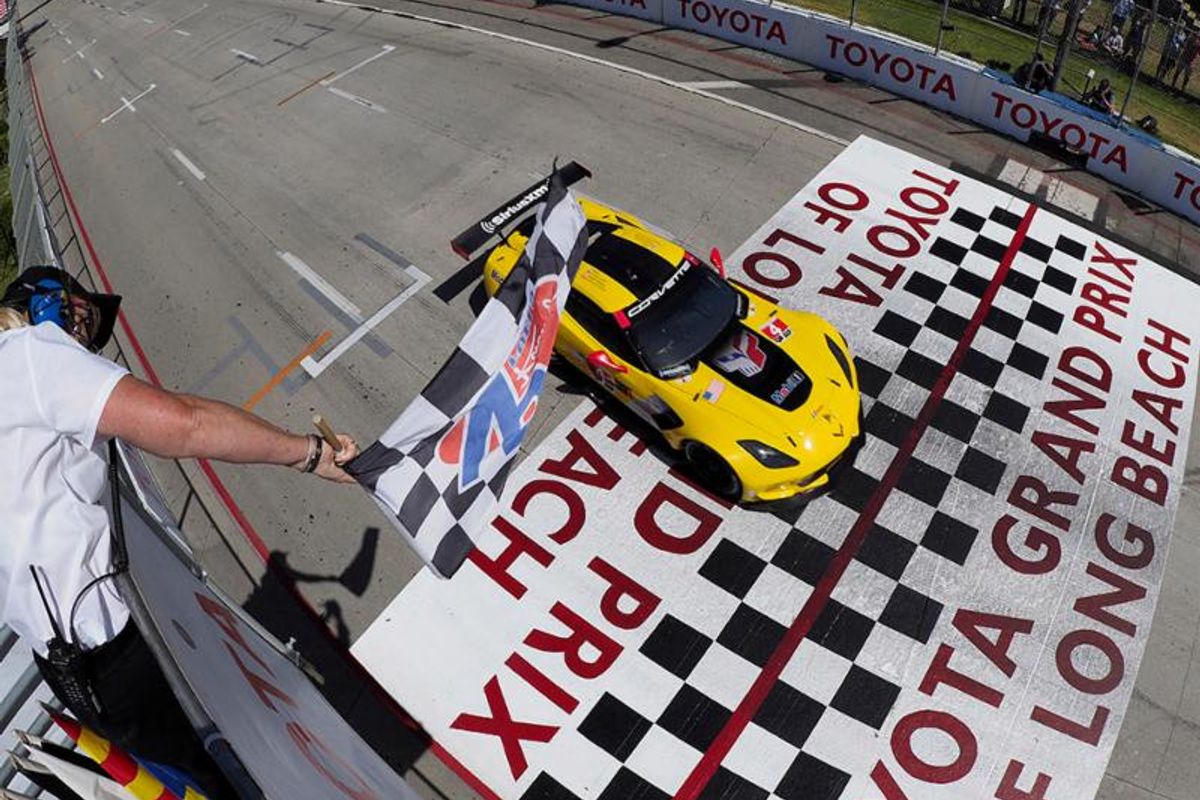 The streets of Long Beach continue to be very, very good to Corvette Racing, and more specifically, the No. 4 Chevrolet Corvette C7.R team of Oliver Gavin and Tommy Milner.

Milner took the lead from Earl Bamber in the No. 912 Porsche 911 RSR shortly after a restart with under 23 minutes remaining as Bamber encountered a right-front suspension failure. From there, he cruised to a 2.157-second victory over Ryan Briscoe in the No. 67 Ford GT.

"There is something about Long Beach,” Milner said. “Something about having magic here. I don't know what it is. We had it today. We had it last year. Whatever it is, I want to keep it. Really tough race today. The track was really, really tough with the marbles off line. Super difficult.

“I almost threw it away on the last corner, last lap. Really, really tough conditions. But, Corvette was great. Michelins were great. They were super strong right to the end. Just had that little bit of magic, little bit of luck and that's all we needed today!"

It was Milner’s third career Long Beach win and Gavin’s record-extending fifth career victory on the street course. It also was the seventh win in 12 Long Beach races for Corvette Racing and the eighth Long Beach win for Chevrolet, tying with Porsche for most manufacturer victories at the venue.

"Amazing the way that all came around,” Gavin said. “Yes, we had a little bit of luck, but Tommy had to drive brilliantly at the end there and stay out of trouble. There were a number of incidents there. Man, we could have gotten taken out. We could have gotten in the wall. Tommy just navigated. We had a great pit stop and the guys did an amazing job at the stop. We jumped a number of people and put us in position there so we could challenge for that victory. And we got it! That is our first win in season No. 20 for Corvette Racing. And it is my 50th victory with the team. That is pretty amazing. I am just thrilled."

Briscoe and his No. 67 co-driver Richard Westbrook led a 2-3 sweep for Ford Chip Ganassi Racing to preserve their GTLM points lead. With 95 points, they are seven points ahead of second place Gavin and Milner with three of 11 races complete.

Polesitter Joey Hand and co-driver Dirk Mueller finished third in the No. 66 Ford GT, followed by Antonio Garcia and Jan Magnussen in the No. 3 Corvette C7.R. John Edwards and Connor De Phillippi completed the top five in the No. 24 BMW Team RLL BMW M8 GTE.

Despite leading a race-high 42 laps, the No. 912 Porsche shared by Bamber and Laurens Vanthoor retired early and wound up seventh in the eight-car field.

Next up for the WeatherTech Championship is the Acura Sports Car Challenge at Mid-Ohio Sports Car Course in Lexington, Ohio on Sunday, May 6.