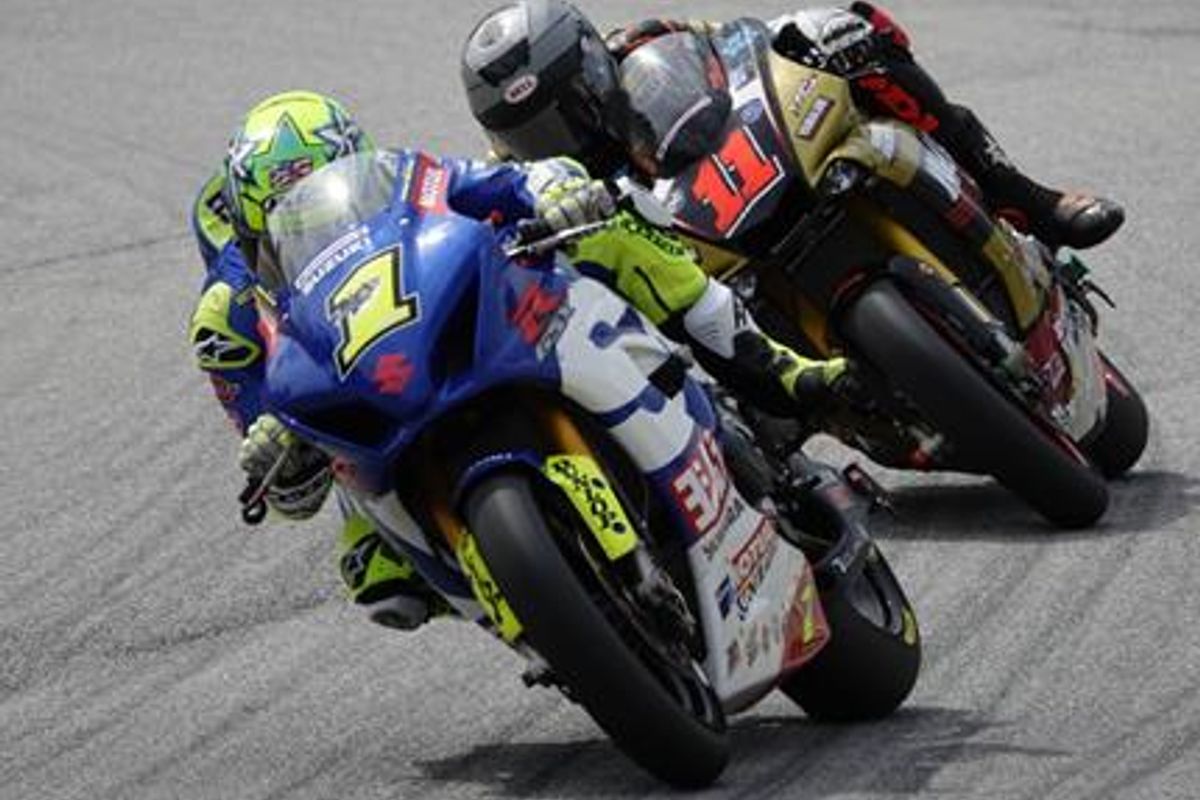 Toni Elias opened his MotoAmerica Superbike title defence by scoring victory aboard his Yoshimura Suzuki Factory Racing GSX-R1000 in race one on Saturday at the Suzuki Championship at Road Atlanta, USA.

He battled Mathew Scholtz for much of the race before pulling away to a 5.123-second victory, marking Elias’ 17th-career MotoAmerica Superbike win. It was also the 190th MotoAmerica/ AMA Superbike victory for the Yoshimura Suzuki squad, and the 195th for Suzuki.

Team-mate and 2017 MotoAmerica runner-up, Roger Hayden, fell in this opening race of two this weekend, but fortunately was unhurt in the incident.

“My board showed me that Mathew (Scholtz) was only 0.1-0.2 back, but I did not know what was behind us. I turned back and saw the group that was two seconds behind and I thought that was the time to continue pushing to the end. My surprise was when Mathew passed me. He was doing a good job and at that moment I thought, ‘man, this is not good.’

But Elias rallied and used the razor-sharp handling of his Suzuki 2018 GSX-R1000 to quickly take back the lead and from there he began to pull clear en-route to victory.

“My pace was good,” Elias continued. “It was time to push and I was doing that all the time, so at the end it was perfect.”

Earlier in the day, Suzuki’s Vice President of Sales and Marketing Kerry Graeber presented Elias a custom-made surfboard in appreciation for his championship-winning effort of 2017. Surfing is one of Elias’ favourite pastimes.

The victory for the team was the perfect way to kick off the 40th Anniversary celebration of Suzuki and Yoshimura’s ongoing partnership. Inside the paddock the team has a special 40th Anniversary display featuring some of significant Yoshimura Suzukis from the past and a timeline detailing the successful history of the team. Suzuki’s Graeber also presented Don Sakakura, President of Yoshimura Racing, a commemorative plaque honouring the team for last year’s championship and their 40-year relationship with Suzuki.