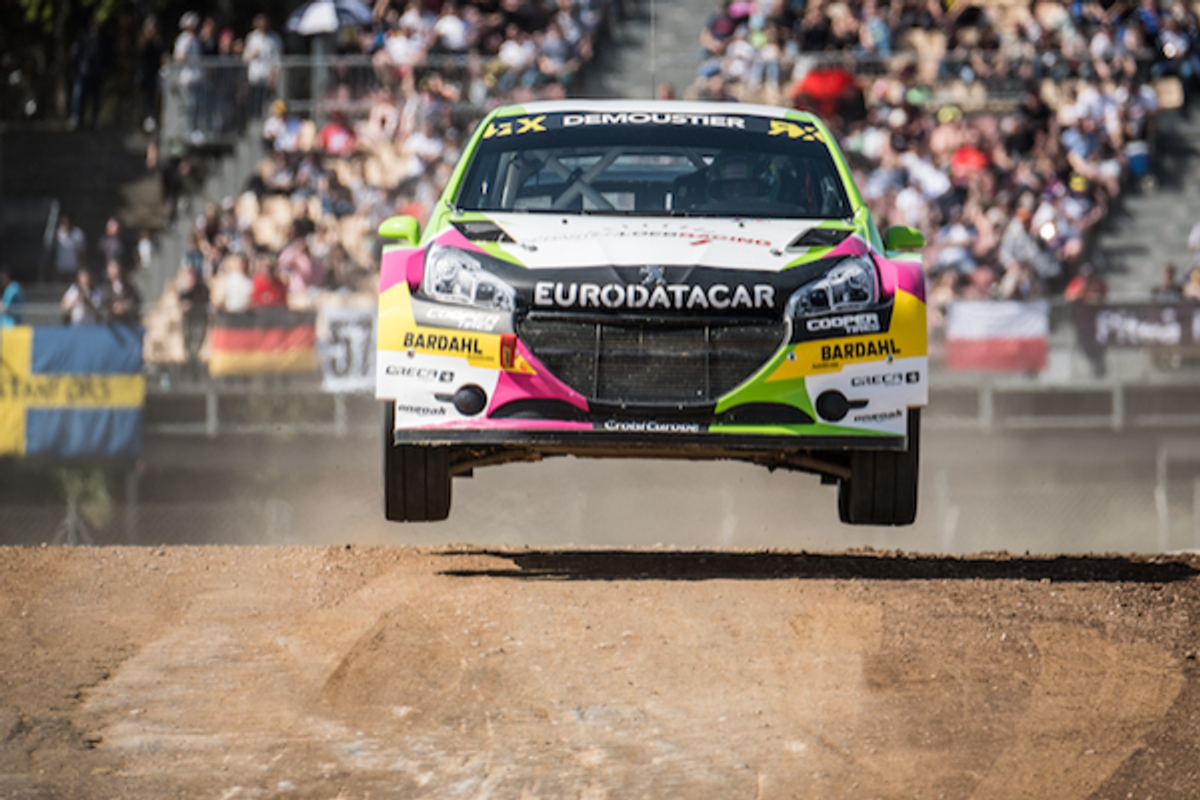 Sébastien Loeb Racing made an encouraging start to its 2018 FIA World Rallycross Championszhip campaign, with driver Grégoire Demoustier scoring a point at the World RX of Spain.

Running the French squad’s all-new Peugeot 208, Demoustier narrowly missed out on qualifying for the semi-finals, as adverse weather affected proceedings at the Circuit de Barcelona-Catalunya.

The former Sébastien Loeb Racing World Touring Car Championship driver began the weekend acclimatising himself with the new car jointly designed and developed by Onroak Automotive (Richard Tur) and Oreca, which had just been completed at the workshop, though track time was hindered by poor weather.

In the second qualifying, the 27-year-old increased his pace and improved his time, as the slippery track surface continued to catch out a number of his rivals.

Day two saw improved conditions for the final two qualifying sessions, with Demoustier completing the Q3 in 15th place on a drying circuit.

In the final qualifying, the Belgian set his fastest time of the weekend, earning himself a point thanks to his and the team’s strong performances throughout the weekend. He also went up against the “boss”, Sébastien Loeb, who ran in the same Q4 session.

Next for the Sébastien Loeb Racing team will be the World RX of Portugal from Montalegre, for round two of the World Rallycross Championship (28-29 April).

“Overall it was a super weekend, with plenty of positives to take away,” said Grégoire Demoustier. “The weather conditions were extremely tricky, especially on Saturday, but the rain was a good lesson for everybody, for me as a driver, as well as for my engineer Pierre, and for the mechanics who worked very hard all weekend. We were able to have more fun on Sunday in the dryer conditions, but this early part of the season is all about making progress with the car, and the strong results will come. The Sébastien Loeb Racing crew did a fantastic job, and we will again aim to continue our progress during the next round in Portugal.”

“We are really happy to finally bring Sébastien Loeb Racing into the FIA World Rallycross Championship,” added team co-founder, Dominique Heintz. “I am very impressed with the way in which the team has presented itself, thanks to the experience we have in numerous championships, in terms of our presence in the paddock, there is nothing we envy from the established teams. It’s a big achievement for a privateer team to enter a world championship, and to receive all of the positive feedback that we had over the weekend.

“On the sporting side, we’ve achieved all of our targets this weekend in what is still a very new programme. The car was completed less than three weeks ago, hence why we missed the official Loheac test, so to run with no issues at all is a great result. Hats off to all of our technical team, Pierre, our engineer, and the mechanics, who made sure we could attend this opening round. We are also delighted that Grégoire was comfortable and enjoying himself, which is very important for us. After an encouraging start, the objective going forwards is to continue our progress, and reach the semi-finals at some stage.”